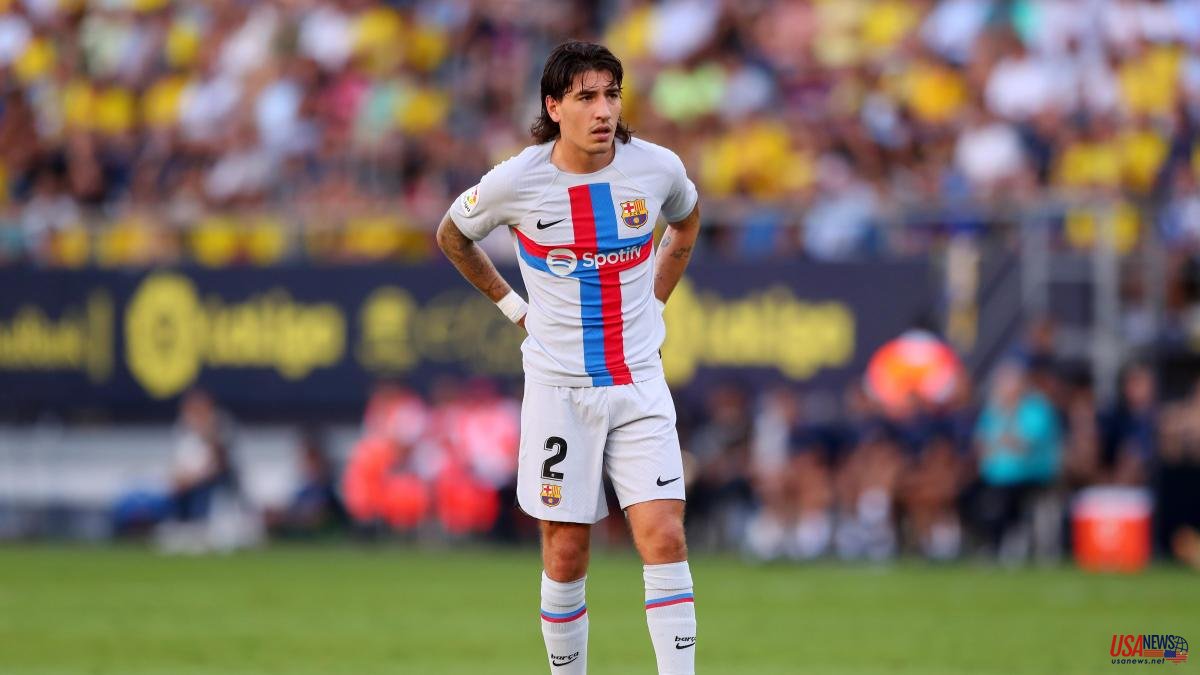 Barça's defense problems are beginning to accumulate. If in the first months of competition the good news was that the Blaugrana infirmary had been empty, the last stoppage of selections has been indigestible for the Catalan club. A new setback was added to the sensitive injuries of Ronald Araújo and Jules Koundé with their national teams.

Héctor Bellerín was forced to withdraw from morning training after noticing some discomfort in the soleus of his left leg during an acceleration exercise. On Wednesday he will undergo new medical tests that will reveal if there is an injury.

The footballer from Calella is doubtful for next Saturday's League match in Mallorca. If his absence is confirmed, the right-back is greatly diminished, since three of the four men used by Xavi Hernández in that demarcation so far this season are not available (Araújo, Koundé and Bellerín) and Sergi Roberto, the fourth, remains without being in full physical faculties. The injury to the rectus femoris of the right thigh that forced him to undergo surgery at the beginning of the year can be considered chronic.

Barça have been searching for years without success for a worthy successor to Dani Alves - not even Alves himself, aged in his second stage, has been up to the task. Bellerín was the last to arrive to fill the vacant place of Sergiño Dest, on loan to Milan. He was expected to be the former Arsenal player and Betis the chosen one in these next commitments.

And it is that beyond the game against Mallorca, Barça thinks above all about the vital duel against Inter Milan in the Champions League, a two-leg 'final' in one week (at Giuseppe Meazza on October 4 and 12 at Camp Nou).

The options for the right back are reduced to Sergi Roberto. In the past, Xavi tested Eric Garcia in a match against Villarreal, although it didn't quite work out. Other possibilities would be to play with a left-back when he has three (Marcos Alonso, Jordi Alba and Balde) or move to the defense of three, like the day in Anoeta. With only three healthy centre-backs (Christensen, Piqué and Eric Garcia) he is the least likely option.

To these mishaps we must add the casualties of Memphis Depay and Frenkie de Jong, injured representing the Netherlands.