Barça - Palma Futsal: Schedule and where to watch the playoff of the National Futsal League on TV

Barça faces this Tuesday, June 21, the final stretch of the National Futsal League. 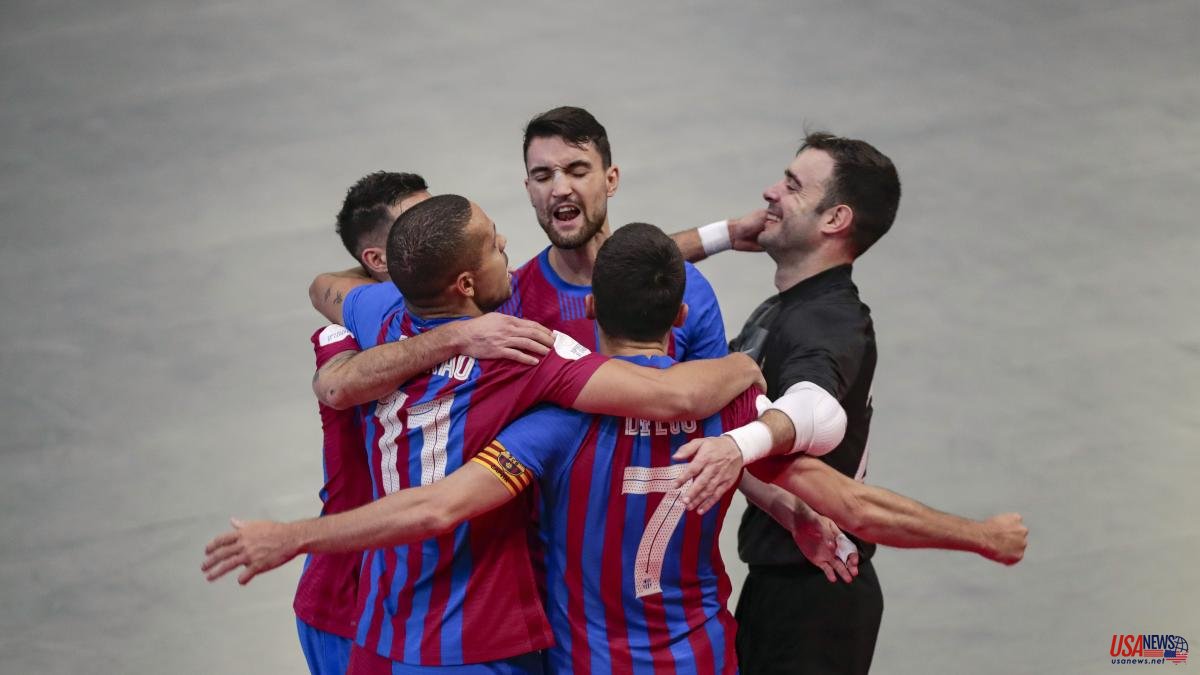 Barça faces this Tuesday, June 21, the final stretch of the National Futsal League. The azulgrana team finished as leader of the LNFS regular phase with 68 points after defeating ElPozo Murcia Costa Cálida and Viña Albali Valdepeñas. Jesús Velasco's men will face Palma Futsal in the first round to win the title, and they will do so at home, at the Palau Blaugrana.

The azulgrana team comes to the match after winning the UEFA Futsal Champions Legue, where they defeated Benfica FS and Sporting de Portugal, in the semifinals and final, respectively. For its part, Palma Futsal finished the regular championship as third place with 58 points after drawing against Inter Movistar.

The futsal match between Palma and Barça is played today, Tuesday, June 21, at 8:45 p.m. at the Palau Blaugrana. The game can be seen openly on GOL TV.