Alejandra Kindelán, president of the Spanish Banking Association (AEB), announced yesterday in Santander that the financial inclusion plan in which the sector is working aims to facilitate access to cash for half a million people who, today , they don't even have ATMs in those municipalities. 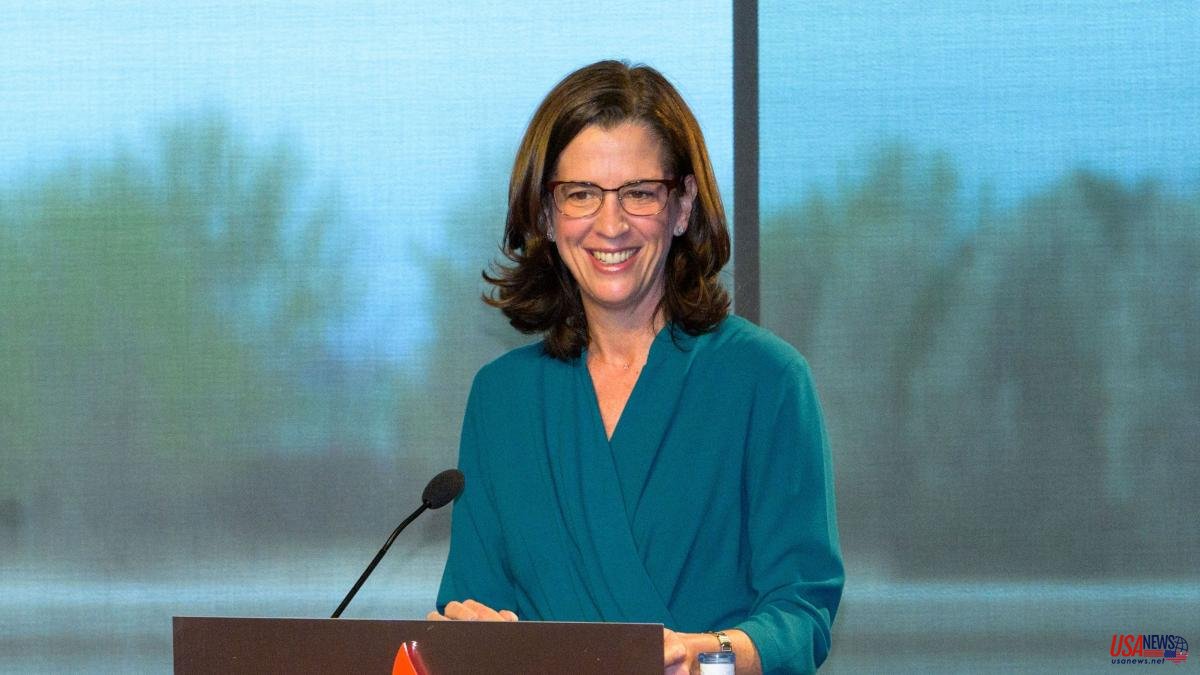 Alejandra Kindelán, president of the Spanish Banking Association (AEB), announced yesterday in Santander that the financial inclusion plan in which the sector is working aims to facilitate access to cash for half a million people who, today , they don't even have ATMs in those municipalities.

Kindelán explained that they are currently preparing a map to find out exactly what needs exist and, in the absence of a service point or access to cash, how far to travel to the nearest one.

In his first public speech after taking office two months ago, yesterday he made an optimistic analysis of the situation of the economy and the financial sector, although he also warned of the risks of the moment and the pending challenges, while asking the Government for determination on some key issues.

In Kindelán's opinion, "the most serious battle we are going to wage is against inflation" and the magnitude of the current figures and their persistence over time make it necessary to "be realistic and responsible, especially supporting those with fewer resources and the most vulnerable companies.

Kindelán welcomed the progressive return to normality in terms of interest rates, although he recalled that official rates have not yet risen, and assured that banks would adapt to the new environment and that this would entail beginning to remunerate liabilities or reduce some fees in a competitive environment.

The banks are not overly concerned, according to Kindelán, a deterioration of credit due to the rise in rates that is already taking place because delinquency is, for the moment, at very low levels. "The bank is, of course, busy keeping an eye on it but it's quiet," he said.

What does require determination is government action. Without going into detail, Kindelán called on the Executive to prioritize support measures for those who really need them and return to fiscal discipline "in the medium term." "A commitment to consolidate public accounts and undertake structural reforms is necessary," he added. He specifically cited those relating to training and education.

In his analysis of the banking sector, Kindelán highlighted the importance of having adequate profitability levels and recalled that profits are below the cost of capital. In this sense, a renegotiation of the collective agreement of the sector, which is in force until the end of 2023, was closed in band, despite the demands of the workers to collect improvements that allow reducing the loss of purchasing power of their templates due to inflation. “We have already sat down with the unions, in an observatory format, to analyze the situation. We are in the process of listening and dialogue”, he concluded.

For his part, the president of Mapfre, Antonio Huertas, demanded an "effort" from employers and unions to sit down to continue negotiating a salary agreement and see "what route can be made in a reasonable time." Huertas rejected charging the entire cost to the companies and opted to return to the negotiation, which has been paralyzed after the disagreement between the two parties. He recalled that inflation is "subtracting" purchasing power from "a good part" of the workers.