Freshly Cosmetics won the Tarragona 2022 SME of the Year Award, an award granted annually by Banco Santander and the Chamber of Spain, in collaboration with La Vanguardia, and which aims to highlight the work of small and medium-sized companies as generators of wealth and job creators. 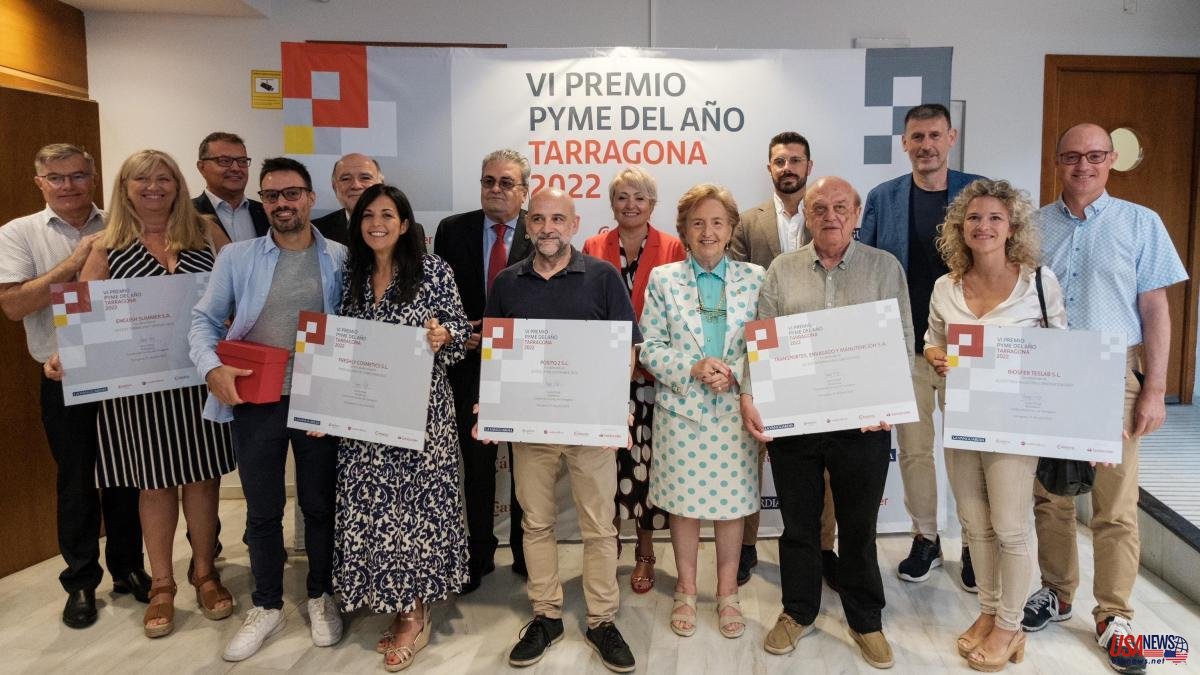 Freshly Cosmetics won the Tarragona 2022 SME of the Year Award, an award granted annually by Banco Santander and the Chamber of Spain, in collaboration with La Vanguardia, and which aims to highlight the work of small and medium-sized companies as generators of wealth and job creators.

Miquel Antolín, co-founder and CEO of Freshly Cosmetics, received the prestigious award from Sonia Colomar, regional director of Banco Santander in Catalonia, at a ceremony that took place at the Tarragona Chamber on June 21.

Antolín stressed the importance of "believing more in the capacity of the territory and the province of Tarragona to carry out more projects", highlighting that it has a spectacular climate and conditions so that any industry, whether start-ups or not, can grow. "We must be the first to trust, to invest and to show that there are opportunities here," he said.

From the sustainable cosmetics company they highlighted their "illusion" for receiving an award that supports their commitment to the territory -their offices are in Reus and their logistics center, in Gandesa, and this summer they plan to open two new stores in Reus and Barcelona- . The award also recognizes their successful career, which in six years has led them to obtain a million clients, which is why, according to Antolín, it is a new impetus to add the maximum number of 'freshly fans' and “continue to show that in cosmetics they can do things differently”, with a successful business commitment but always aligned with a strong commitment to the health of the planet.

In addition to the SME of the Year Award, four second prizes were awarded in the categories of Internationalization; Innovation and digitization; Training and employment, and Responsible company. The Second Prize for Internationalization was awarded to Transports Packaging and Maintenance, whose general manager, Daniel Fàbregas, received it from Laura Roigé, president of the Chamber of Tarragona.

For his part, Joan Sabaté, sub-delegate of the Government in Tarragona, was in charge of delivering the Innovation and digitization award, which went to the company Biosfer Teslab and was collected by its CEO, Núria Amigó. The Second Prize for Training and Employment went to the company English Summer and was presented by Alejandro Teodoro, representative of La Vanguardia, to the brothers Jordi, Felipe and Carolina Fleix Wright.

Lastly, the Pósito 2 SME won the Second Prize for Responsible Company, which was collected by Antonio García, manager, and Angel Pérez, commercial director, from Jordi Just, president of the Reus Chamber. All of them, like the rest of the winners from 50 provinces and the autonomous city of Ceuta, will compete for the 2022 National SME Award, which will be awarded in the first quarter of 2023.

In this edition, a total of 1,766 companies opted for this benchmark award for the business world in Spain, which was open to all small and medium-sized companies with less than 250 employees and with a turnover of less than 50 million euros at the end of the financial year 2021. Since 2017, the year of its launch, there are already 7,436 SMEs that have participated in this prestigious event.