At least four people have died after the jihadist group Al Shabab attacked a hotel last night near the Somali presidential palace in the capital, Mogadishu, which is frequented by ministers, government officials and parliamentarians and in which shots were still heard this tomorrow, police said. 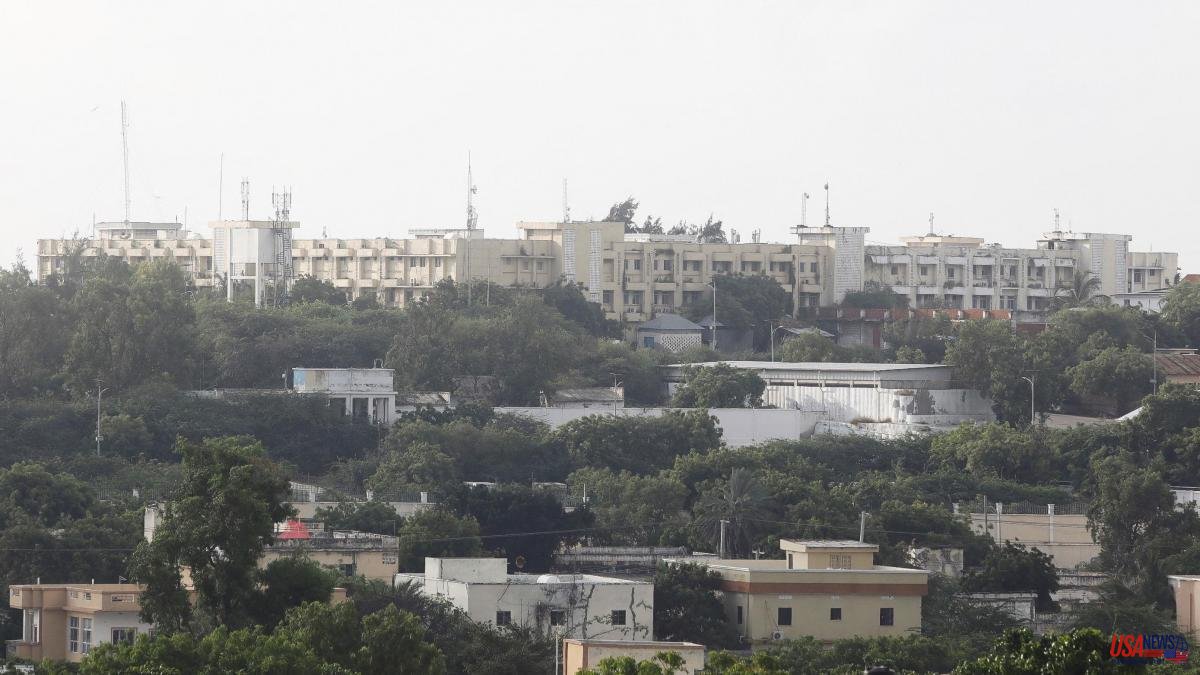 At least four people have died after the jihadist group Al Shabab attacked a hotel last night near the Somali presidential palace in the capital, Mogadishu, which is frequented by ministers, government officials and parliamentarians and in which shots were still heard this tomorrow, police said.

An unknown number of terrorists stormed the Villa Rose hotel, in the center of the capital and provided with strong security measures, after causing an explosion at the doors of the establishment around 17:00 GMT on Sunday.

Security forces launched an operation to put an end to the attack, police spokesman Sadik Dodishe told the Somali National News Agency (SONNA), specifying that dozens of people, including officials and civilians, were rescued.

"The culprits will pay the price" for the attack, added the police spokesman, referring to Al Shabab, which claimed responsibility for the assault.

Somali Deputy Environment Minister Adam Aw Hirs confirmed on his Twitter account that he survived the attack. "I am safe from a terrorist explosion against my residence" at the hotel, he said.

According to local media, the Somali Minister of Internal Security, Mohamed Ahmed Doodishe, was injured in the attack, although this has not been officially confirmed.

At the moment, it is not known with certainty how many people may still be trapped in the establishment pending a rescue by the security forces.

The attack occurred after the Prime Minister of Somalia Hamza Abdi Barre, who was serving one hundred days in government, reported on the 23rd that more than 600 members of Al Shabab have been killed in military operations carried out since last August.

In a statement, Barre also noted that some 1,200 jihadists were injured in those offensives by the Somali Army, sometimes supported by drone air strikes from international allies such as the United States.

Al Shabab claimed responsibility for the double attack with two car bombs carried out on October 29 against the Ministry of Education in the Somali capital, Mogadishu, in which at least 120 people died and more than 269 were injured.

The attack was the deadliest since two truck bombs exploded in the same area on October 14, 2017, killing more than 500 people, an attack for which no group claimed responsibility, although authorities believe it was the work of Al Shabab.

Since then, several military operations, supported by the United States with an air force, have been carried out against the fundamentalists.

Al Shabab often commits terrorist attacks in Mogadishu and other parts of Somalia to overthrow the central government -backed by the international community- and establish by force an Islamic State of the Wahhabi (ultra-conservative) style. The jihadist group controls rural areas in central and southern Somalia and also attacks neighboring countries such as Kenya and Ethiopia.

Somalia has lived in a state of war and chaos since 1991, when dictator Mohamed Siad Barre was overthrown, leaving the country without an effective government and in the hands of Islamist militias and warlords.