A 140-year-old suspension bridge over the Machchhu River in Morbi, Gujarat state, western India, collapsed in the middle of the afternoon on Sunday as hundreds of people crossed it. 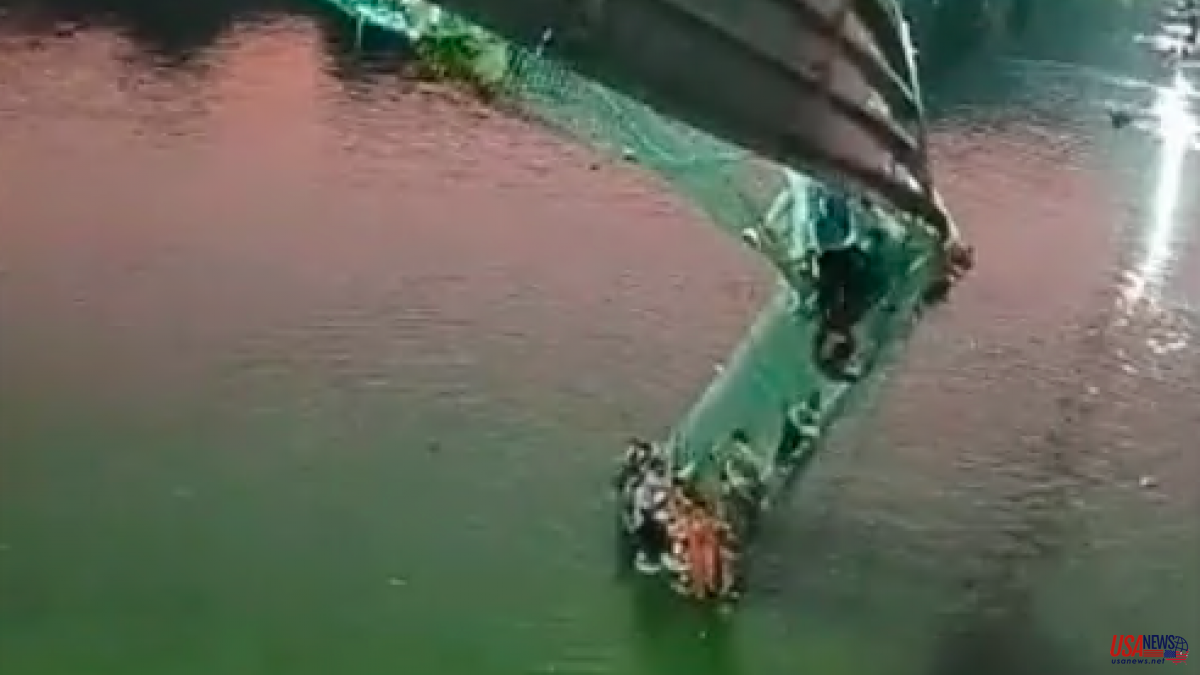 A 140-year-old suspension bridge over the Machchhu River in Morbi, Gujarat state, western India, collapsed in the middle of the afternoon on Sunday as hundreds of people crossed it. There are estimates of eyewitnesses who speak of 400. The first count of fatalities amounted to 40 according to Reuters citing sources from government officials. The BBC speaks of 32 fatalities. But the death toll quickly rose to 60 victims

The accident occurred at half past six in the afternoon Indian time, when there was still natural light. Rescue units from the town and nearby cities such as Gandhinagar and Baroda rushed to the river to reinforce rescue efforts. Initially, about 40 people were rescued and another 60 were still unaccounted for three hours after the accident.

A dozen people have clung to the structure of the bridge and have been hanging waiting to be rescued, according to various sources. The bridge - known as Julto Pul - reopened last week after six months of repairs and an investment of two million rupees. The structure dates back to the 19th century - it is 140 years old - and can only be used by pedestrians, road traffic is prohibited.

One of the reasons why the suspension bridge could have collapsed is that there were too many people at the time of the accident, according to eyewitnesses. Among those crossing were many women and children.

Prime Minister Narendra Modi announced on social media that rescue operations were underway and spoke of financial aid for the injured and the families of the dead.

“I am deeply saddened by the Morbi Suspension Bridge tragedy. Rescue and assistance teams have gone to the area, ”the Chief Minister of Gujarat, Bhupender Patel, reported as soon as he learned of the accident. Three hours after the accident there were six ambulances, six lifeboats and other assistance vehicles in the area.