At least 40 people have died this Sunday and 78 were injured by the collision of two buses in Senegal, according to the authorities, who decreed three days of national mourning. 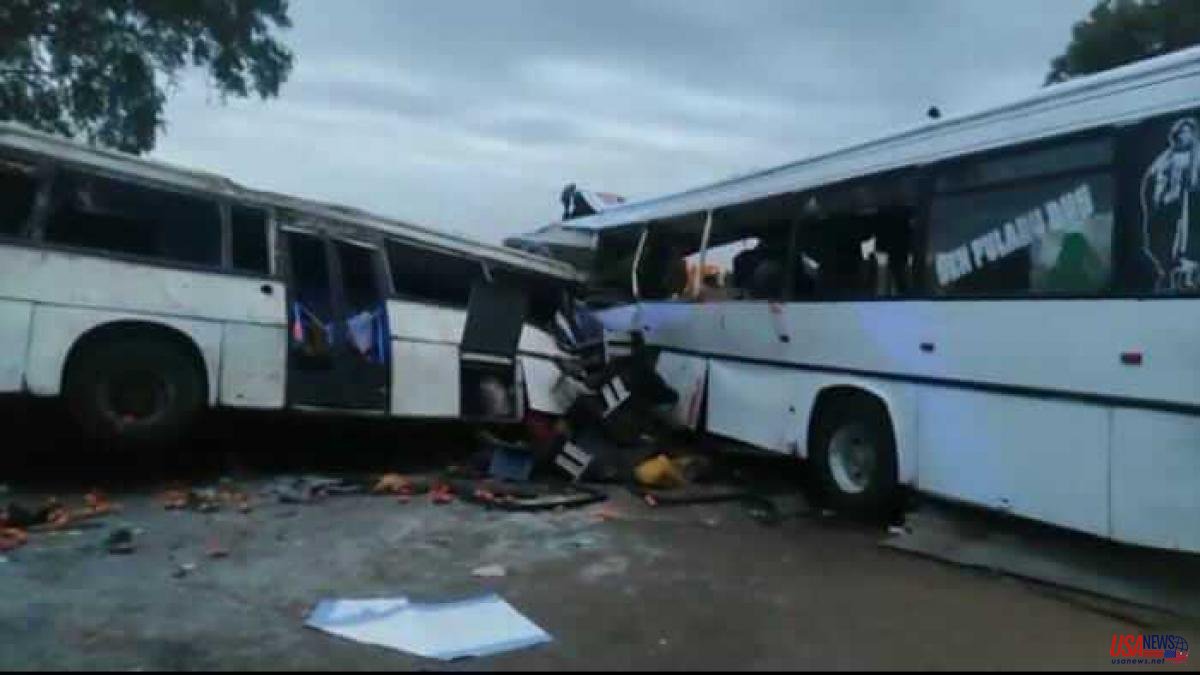 At least 40 people have died this Sunday and 78 were injured by the collision of two buses in Senegal, according to the authorities, who decreed three days of national mourning.

The accident occurred near the town of Sikilo, in the Kaffrine region, more than 200 kilometers southeast of the capital Dakar, at around 03:30 local time (same GMT) on National Highway 1, reported the Republic Prosecutor's Office.

"According to the first elements of the investigation by the judicial police, a bus attached to public passenger transport, after a wheel burst, left its trajectory before colliding head-on with another bus that was coming in the opposite direction," he explained. the Prosecutor's Office in a statement.

According to local media, a tire burst on a bus coming from Tambacounda (south) bound for Dakar, while the other wrecked vehicle came from the capital and was heading to Vélingara (south).

After the serious accident, the Senegalese president, Macky Sall, decreed "a national mourning of three days from January 9".

"On the same date, an inter-ministerial council will be held to take firm measures on road safety and public passenger transport," Sall added on his Twitter social network account.

Bus accidents are frequent in Africa, mainly due to poor vehicle maintenance and poor road conditions, but also due to driving errors, as many motorists drive without a license.

Without going any further, twenty-one people died last night in a bus accident on the border between Kenya and Uganda. Specifically in the Kenyan city of Lwakhakha, just across the border with Uganda, according to the Ugandan police.

Regional police spokesman Rogers Taitika said most of the dead were Kenyans but there were also eight Ugandans. As he explained, 49 people were injured.

According to the first elements of the investigation, the driver would have lost control of the vehicle due to speeding.

The bus made the connection between the Ugandan city of Mbale and the Kenyan capital, Nairobi.

The Ugandan government is planning new measures to improve road safety after a spike in deaths over the Christmas season. According to the Uganda police, in just three days, from December 30 to January 1, there were 104 traffic accidents, with a balance of 35 deaths and 114 injuries.