The president of the Generalitat, Pere Aragonès, will not resign from the dialogue table even if there is a change of government in Spain. 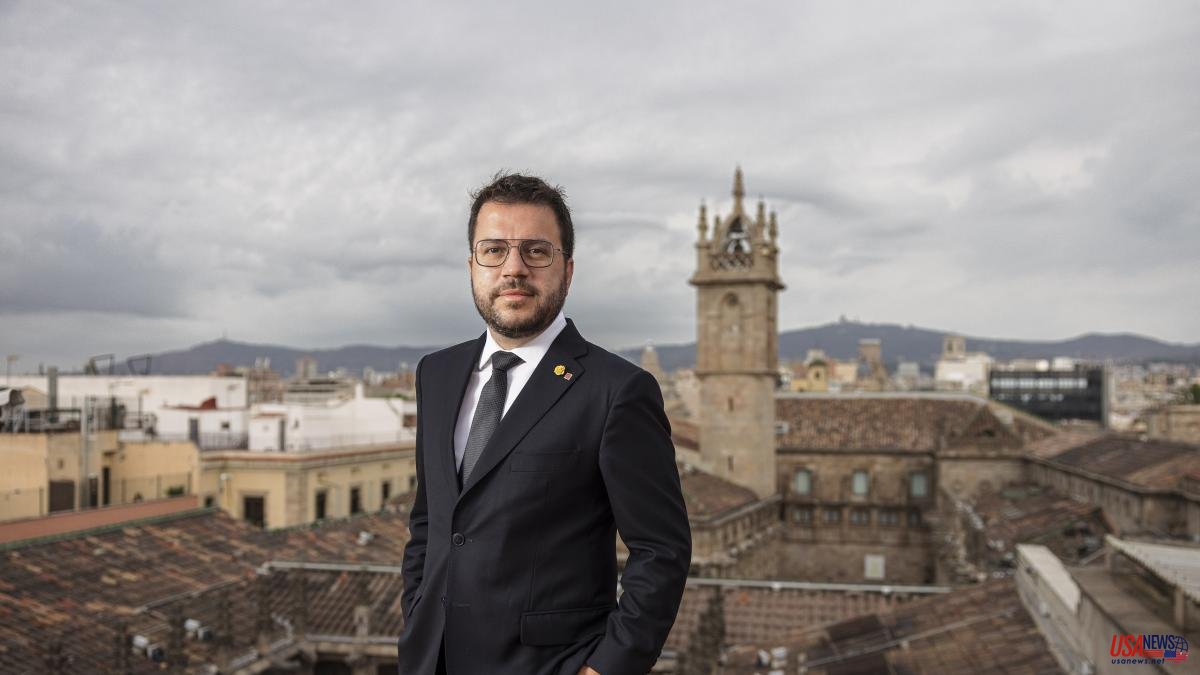 The president of the Generalitat, Pere Aragonès, will not resign from the dialogue table even if there is a change of government in Spain. In an interview with the ACN, Aragonès has stated that the negotiation is from executive to executive and that, consequently, the negotiation process "must continue regardless of the government in the State, because the conflict continues."

On the other hand, the head of the Government does not contemplate submitting to a question of confidence because the CUP "does not have on the table" guaranteeing stability. "If there is a will to provide stability, we will have to talk about everything, but at the moment this possibility is not on the table," he said.

Aragonès recalled that the anti-capitalists decided not to support the 2022 budgets and, therefore, "the chain of trust" cannot be continued. And he has pointed out that "stability, solid majorities to approve budgets and carry out the transformations that the country needs" are now necessary.

On the Government's relations with the CUP, Aragonès has maintained that his Executive "continues to work on all the aspects contained in the investiture agreement" agreed with them. And he leaves the door open for them to "rejoin." "The hand is extended to the forces that supported the investiture and in which they have been facilitating the approval of the budgets", Aragonès insisted, referring to the commons, with whom they negotiated the accounts last year.

On the other hand, and with the scenario of Spanish elections next year, Aragonès has assured that he will maintain the dialogue table even if there is a right-wing government in Spain. "Catalonia will not get up from the negotiating table. And if Spain does, it will have to account for why it does so," he added. "We do not give up continuing a process to continue demanding the holding of a referendum and amnesty," he stated.

The head of the Government, who defends the path of the dialogue table, has asked for "time" so that "trust between the parties" can be built. And he admitted that the first agreements resulting from this space are "partial", that they must advance "until a great final agreement is reached, which we defend is amnesty and an agreement to hold a referendum."

At the last meeting of the table between governments, on July 26 in Madrid, it was agreed to take steps to dejudicialize and protect Catalan at school and promote it in the Senate and in the European Parliament. Aragonès maintains that this latest commitment "should be understood as a confidence-building measure rather than as an agreement on the substance of the negotiation." "It is one of those first agreements that show that both parties are willing to move forward," he commented.

As for dejudicialization, it is still pending to specify with which instruments it should be carried out. It is, therefore, an "open folder" that must be addressed in the coming weeks. And it is that the objective is that the reforms or tools necessary for dejudicialization arrive before the end of the year. That is why Aragonés predicts "weeks of very intense work" to be able to achieve it.

In any case, the president of the Generalitat insists that future agreements will have to focus on "how to respond to the majority will to decide freely" and "how to end repression." "The negotiation process must continue advancing and it will be necessary for the State to finally say what proposal it has for Catalonia. Ours is a referendum on independence. What is yours?", He has exposed. And he has recognized that, until now, the Spanish State has only put on the table specific proposals "that could be used for other territories where there is no political conflict."

Aragonès has said that he speaks "constantly" with JxCat leaders about the dialogue table, and that in "every step that has been taken" he has transferred it to them. Junts, like last year, did not sit at the last dialogue table either. The head of the Government will continue working so that "the more formations, the better" are incorporated.

However, in the meantime, it has urged its partners to build a concrete alternative to the dialogue table if they do not consider it adequate to resolve the conflict. For now, he has said, no "applicable" alternative has been put on the "public or private" table. "What I am not going to do is commit the irresponsibility of abandoning a dialogue process if I do not have an alternative," he concluded.