Alison Bechdel has created a Marshall McLuhan around Fire Island, the Disney film that is a gay and Asian-American version of Pride and Prejudice. 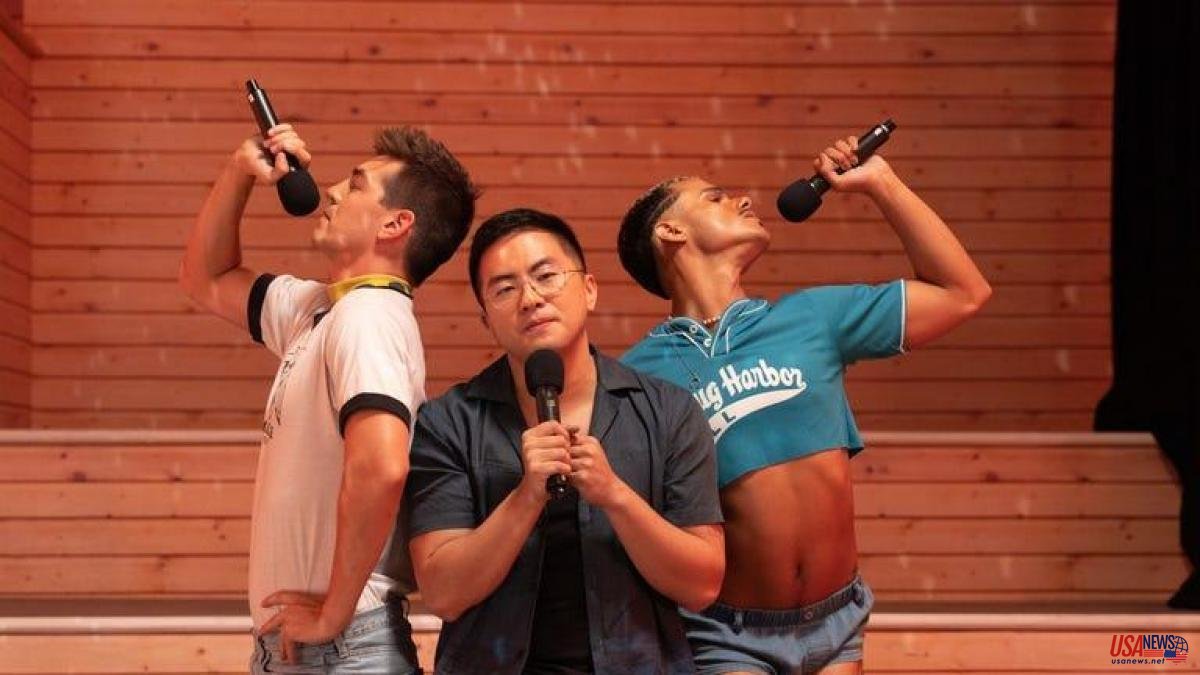 Alison Bechdel has created a Marshall McLuhan around Fire Island, the Disney film that is a gay and Asian-American version of Pride and Prejudice. If in Annie Hall, Woody Allen fantasized about the idea of ​​invoking Marshall McLuhan himself to clear up a discussion between pedantic people about his theories, the comic artist has done something similar with her famous Bechdel Test, the one given to movies that they include at least one scene in which two female characters have a conversation that is not about a man. The film, which takes the plot of the famous novel to the gay resort of Fire Island, had been criticized for lack of female representation, reduced to the character of the lesbian friend who sets up the house, played by Margaret Cho. Then Bechdel chimed in on Twitter and said that a movie based on a Jane Austen piece that includes a scene where two characters comment on an Alice Munro short story also passes her famous test.

If every (good) writer has a theme that he turns over until he exhausts it, Emma Cline's could be said to be power. In almost all of her stories, she puts herself in the shoes of the one who holds it – her penultimate novella, Harvey, was narrated by a paranoid and crepuscular Harvey Weinstein – or of the one who suffers from it. His latest collection of stories, Papi, is almost a treatise on inherited male power, and the figures he finds to explore it are exhilarating: the scribe in a Steve Jobs-esque Silicon Valley memoir, the nanny of a celebrity couple who is caught having an affair with her boss, a film director less successful and charismatic than her former friend and godfather of her son, also a film director. In Papi (Anagrama), everyone has something to lose, especially those who have gained the least.

The recently deceased Paula Rego had a peculiar relationship, different from how the painter/model binomial has generally been written, with the woman who posed the most for her paintings. Lila Nunes began working in the home of the Anglo-Portuguese painter in 1985, as an au pair for her children and to help with the care of the artist's husband, also a painter Victor Willing, who suffered from multiple sclerosis. Gradually, Rego asked Nunes to pose for her, and she ended up doing the body and face for some of her most famous paintings over the decades, including the triptych based on Hogarth's Marriage à la mode and some of the paintings in her Abortion series. Nunes explained that one of her most difficult jobs as a model for Rego was for the painting Swallow the Poisoned Apple (1995), in which she had to represent Snow White upside down and had to maintain that complicated position for hours and hours.

THE YELLOW TILE ROAD THAT LEADS TO DAVID LYNCH

In 2001 David Lynch was asked, in the classic round of comments after a screening of Mullholland Drive, about the influence of The Wizard of Oz on his filmography. Lynch answered in a concise but much more clarifying way than he is used to: “there is not a single day in my life that I don't think about The Wizard of Oz”. From that confession, the filmmaker Alexandre O. Philippe has built a video essay entitled Lynch/Oz, similar in style to the documentary Room 237, which analyzed in detail the construction of The Shining, and which is searching, detective-wise, for clues to that obsession in the director's work, from details like the red shoes that appear in Wild at Heart to connections like the one that could exist between the idea of ​​Lost Highway and the yellow brick road.

When two well-known people die on the same day, the convention and the art of the obituary almost push us to find some kind of narrative for them. Michael Jackson and Farrah Fawcett, for example, died in less than 24 hours and, although one took much more media space than the other, there were joint reflections of the type "the price of fame, how tremendous". Billy Wilder and Dudley Moore both died on March 27, 2002 and that was easy to sum up (a lousy day for comedy), however other times hardly anyone tried to put together the two famous dead from the same newspaper because there was nowhere catch him (Federico Fellini and River Phoenix, died on October 31, 1993). Forty years ago, on June 18, 1982, Djuna Barnes and John Cheever died at the same time, one at 90 and the other at 70. As Jonny Diamond writes in Lit Hub magazine, it was as if the same day bury the patriarch and matriarch of two Americas and two opposing literary schools, the suburban and the bohemian.