Andalusia will be from tomorrow the second autonomous community in which the least taxes are paid, behind Madrid. 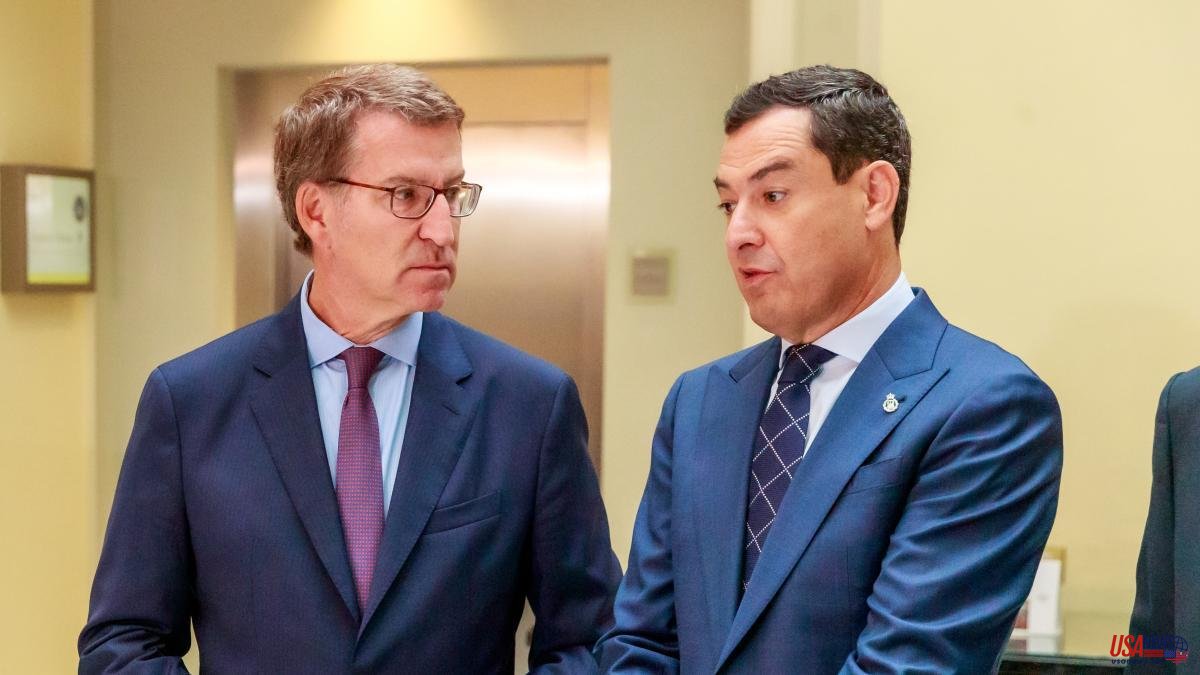 Andalusia will be from tomorrow the second autonomous community in which the least taxes are paid, behind Madrid. It will do so after the approval of a decree that will abolish the Wealth Tax and advance to 2022 the reduction of personal income tax proposed by Feijóo to alleviate the situation created by inflation, as announced by the Chairman of the Board, Juanma Moreno, at an organized informative breakfast by Joly Group.

The abolition of the Wealth Tax tries to attract taxpayers from other autonomous communities, who have already spent several months in Andalusia, and more since teleworking has been implemented, but who continue to maintain their tax residence in their communities of origin. In fact, according to sources from the Junta de Andalucía, they have carried out a study that confirms that there is a sector of Catalans who would be willing to transfer their fiscal residence to Andalusia in order not to pay assets and pay less personal income tax.

They are Catalans, according to this study, who have not taken the step of moving their residence to Madrid, because the capital generates rejection, but who would be willing to move it to Andalusia, because the Mediterranean unites them with Catalonia and now there are good communications. In addition, Andalusia had competition in Portugal when it came to installing tax residence, because Portugal has no assets, and Andalusia stopped receiving people from all over Europe because of this problem.

With the abolition of the Wealth Tax, Juanma Moreno intends to increase the number of taxpayers, who even with the reductions that he announces, will make Andalusia collect more. It has already happened, stressed the President of the Board with the reduction to almost zero of successions, with which Andalusia won 280,000 taxpayers, who paid other taxes, for example personal income tax, for which the reduction in the inheritance tax has meant an increase in global collection, and has generated greater economic activity.

Well, the same is intended with the abolition of the Wealth Tax, which according to Moreno Bonilla supposes "a brake on investment". It is that large estates who live most of the year, or five months, in Andalusia, and who are now in Madrid for the tax credit, definitively establish their tax residence in Andalusia, and pay personal income tax there.

A personal income tax that will also be reduced in the regional section from this year, that is, in the income statement that will have to be presented in May, coinciding with the municipal elections. In this, Juanma Moreno follows in the footsteps of Isabel Díaz Ayuso, who decided to apply this tax reduction from the 2022 financial year, instead of leaving it for 2023, as Alberto Núñez Feijóo had initially proposed.

Moreno stressed that he has asked the President of the Government not only to lower the state rate, but also to deflate the withholdings, so that people immediately notice the measure, and help them cope with high inflation, but given the refusal of Moncloa, has decided to bring forward its execution.

The deflation will affect the first three brackets, that is, the middle and low incomes, and will be 4.3%, with the aim, as Isabel Díaz Ayuso underlined in the regional debate, that an increase in wages will not damage the tax. In addition, as Madrid announced, the amount exempt from taxation, that is, the vital minimum, will increase by 4.3%, thus increasing the part that is not taxed. Something, underlined the Andalusian president, that occurs when the State has a record of extra collection over what is expected, which is already 22,000 million euros in the first seven months of the year, and could reach 30,000 million.