Ancelotti: "Courtois will play the classic"

Real Madrid will try to close the qualification for the Champions League round of 16 tomorrow, Tuesday, which they would achieve mathematically with a victory in Warsaw against Shakhtar Donetsk. 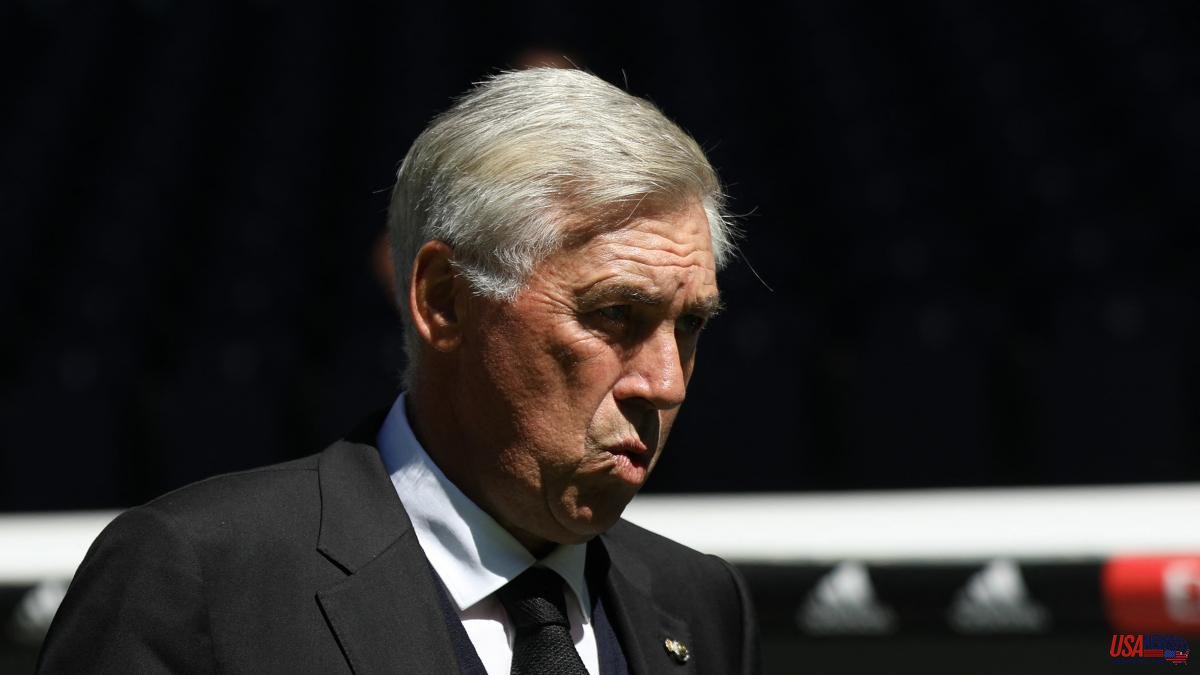 Real Madrid will try to close the qualification for the Champions League round of 16 tomorrow, Tuesday, which they would achieve mathematically with a victory in Warsaw against Shakhtar Donetsk. The game comes to the Whites five days before the Bernabeu classic and Ancelotti acknowledges that this conditions his line-up: "Courtois is much better and will play on Sunday. Benzema, Kroos and Mendy rested against Getafe and will play against Shakhtar. Vinícius I don't know if he will do it tomorrow because he has played it all and I have to assess if he needs rest", commented Carlo Ancelotti at the press conference in Warsaw before training.

The coach commented that he had not seen the Barcelona game against Celta: "I did not see the Barcelona game. Sometimes it can happen that you win without giving 100%. The motivational and mental aspect is very important. You can win a game that you don't You deserve for character and personality. There is also suffering because all football matches are very competitive and even. The time to win 3-0, 4-0 has passed. The teams are more organized in defense and it is difficult to score. It is difficult to do great markers in this football," he said.

For Ancelotti, achieving qualification for the round of 16 with two matchdays to go would be very important: "Qualifying in the group stage is the first goal of the season because it comes very soon. Regarding the mental profile, it gives you more energy for the League, But Madrid in the Champions League can't think about not playing a serious game".

Asked if his players get very angry when they rotate, Ancelotti commented that "everyone gets angry, but each one in their own way. But in this group the reaction is very positive. It's normal. No one has lowered their arms so far, they are respectful with my decisions, it's the most important thing".

Ancelotti also commented "I give the line-up to my players two hours before, as always, when the technical meeting begins. Nothing has changed, only that we arrive at the stadium a little earlier. I don't mind keeping the line-up secret because nowadays in there are no secrets in football," he said.

Before the Italian coach, Lucas Vázquez passed through the press room, who did not wish for Barcelona to lose against Inter: "We worry about ours, which is to try to qualify as much as possible with two games to go."

Asked if he imagined someone from Madrid saying that the Champions League is not won by the best, he commented. "There's a lot of talk about it now. Winning a Champions League isn't by luck or by chance. Winning so many over the years is a source of pride and what people think outside doesn't matter to us."