An individual donates a large art collection to Banyoles, with works by Dalí, Miró and Picasso

The Banyoles Town Hall has received an early gift for Three Kings Day. 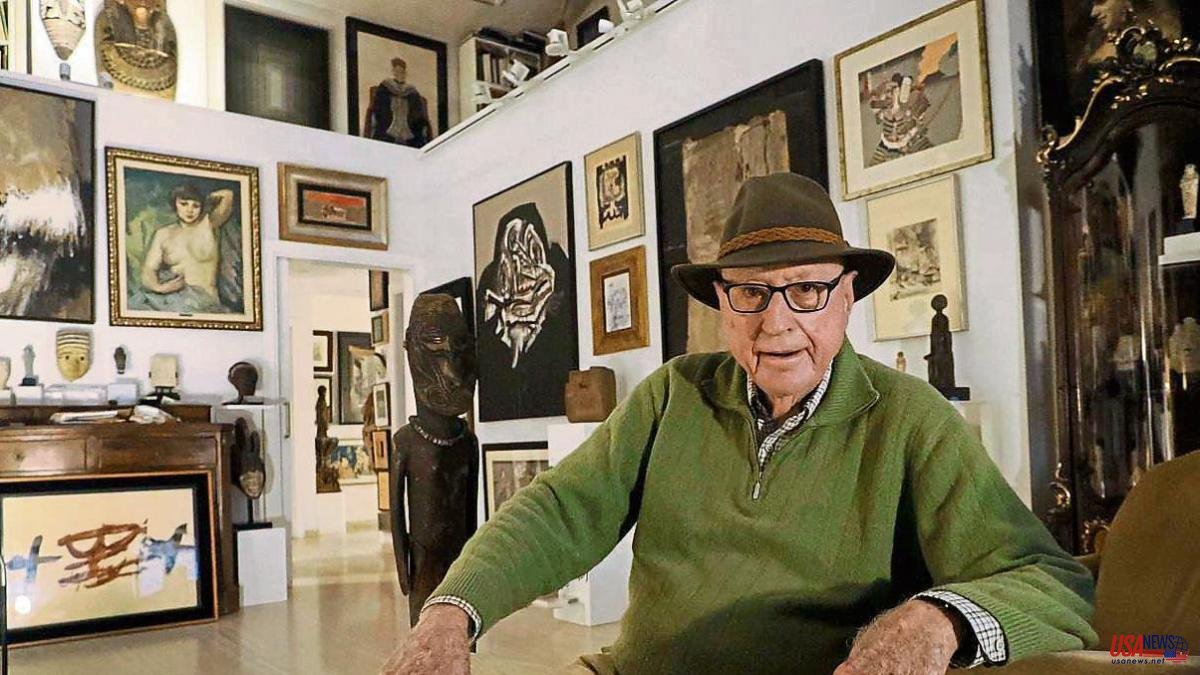 The Banyoles Town Hall has received an early gift for Three Kings Day. The collector and art critic Jordi Gimferrer Garriga has donated a vast art collection to his hometown, which includes works by leading figures such as Picasso, Dalí, Miró, Goya and Rembrandt, among many others. This is a highly valuable collection, which also includes sculptures and archaeological pieces, and which will be the core of the future art center that the municipality plans to locate in Can Terradas, a central location built by the architect Jeroni Moner.

The commitment signed yesterday by both parties commits the City Council to exhibit the collection, considered one of the most important in the country in private hands, within three years. An act of "generosity" that, according to the mayor of Banyoles, Miquel Noguer, "will mark a before and after for the city".

Gimferrer had ignored on several occasions the siren songs that came to him from museums and individuals to get hold of some of the works in his collection, made up of 131 pieces, with a predominance of Catalan and Spanish painting, from the end of the 19th century to the present. He treasured her from the 1950s, when she began to study Chemistry at the University of Barcelona.

Among those pieces that, according to Gimferrer, could be exhibited in any important museum in the world and that will remain in Banyoles, stands out the first work that Pablo Picasso made in the Els quatre gats tavern, which was a meeting point for artists and writers from Barcelona in the late of the 19th century and the beginning of the 20th. It is a portrait of the composer Enric Morera. "He bought it for a peseta in February 1900 in the first solo exhibition held by Picasso," explained the collector and art critic yesterday. His collection also includes what he assures was Dalí's "first surrealist work", according to what he himself would have explained. It is a drawing from the year 1927 of The Rotten. And an engraving by Rembrandt, a self-portrait in which the painter appears drawing near a window that Gimferrer bought in a London gallery. Or a large-format work by Equipo Crónica.

In the background, a number of romantic painters such as Modest Urgell and Marià Fortuny also stand out; the modernists Ramon Casas, Isidre Nonell, Joaquim Mir, Arístides Mallol or Josep Llimona and noucentists like Joaquim Sunyer. The Dau al Set group is exceptionally represented with works by Antoni Tàpies, Modest Cuixart, Joan Ponç or Josep Tharrats. And the El Paso group also has a remarkable presence, with authors such as Antonio Saura, Manuel Millares or Juan Francés. His catalog also includes artists from the last decades such as Joan Genovés, Eduardo Chillida, Joan Brossa, Albert Ràfols-Casamada, Miquel Barceló, Perejaume or Jaume Plensa. "The collection is a reflection of my life, of what has motivated and passionate me and a summary of the trips I have made through different cultures and eras", explains Gimferrer who will turn 90 in 2023. The collection also includes African, Oriental, Egyptian or Iberian art. In the section of sculptures, a Roman head from the year 181 AD from the time of the emperor Marcus Aurelius stands out.

Gimferrer, who belonged to a prominent family of industrialists who for 75 years employed more than 1,000 people in what is known as the Les Saques factory, which produced jute bags, was moved yesterday on several occasions at having been able to complete the operation after two years of talks. “This donation also wants to be a tribute to all those people who collaborated in the company”, he affirmed excitedly. It wasn't his first attempt. In the 1970s, Gimferrer promoted the creation of the Museu d'Art Contemporani dels Països Catalans in Banyoles, but it did not come to fruition. The Councilor for Culture, Miquel Cuenca, recalled yesterday that rarely "one has a second chance" to retain a collection of "top level."