Archaeological excavations on the grounds of the old Carabanchel prison and the Eugenia de Montijo park in Madrid have revealed a mine or water trip from Roman times, the first documented example in the Community of Madrid. 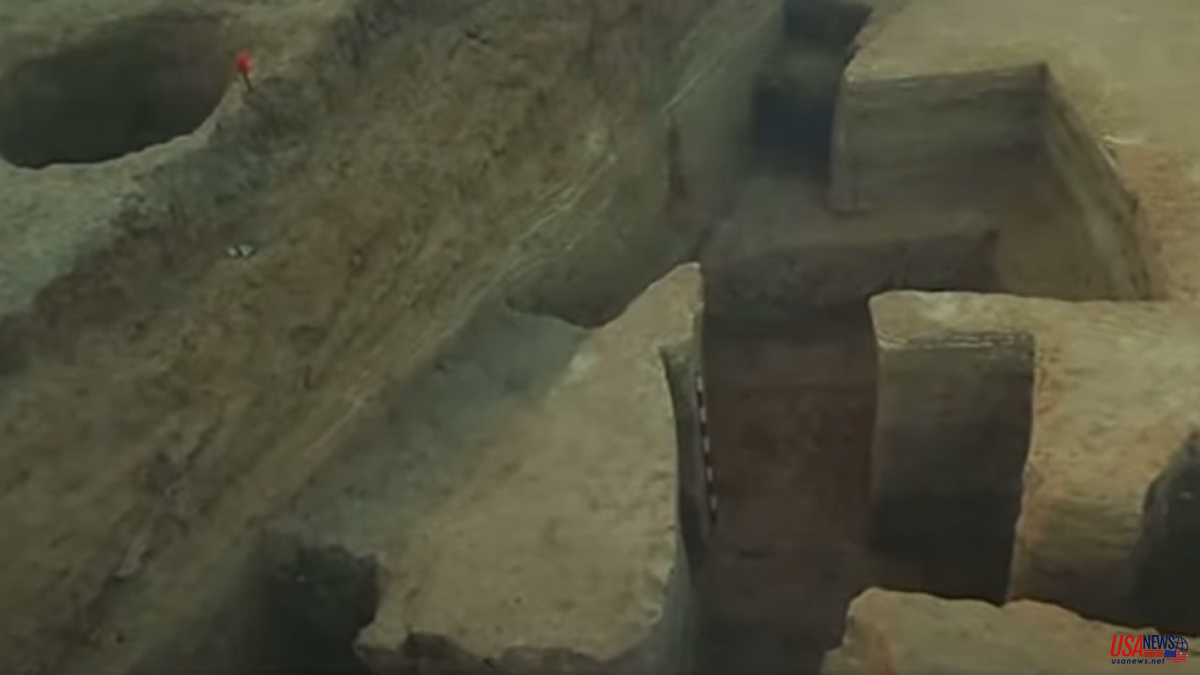 Archaeological excavations on the grounds of the old Carabanchel prison and the Eugenia de Montijo park in Madrid have revealed a mine or water trip from Roman times, the first documented example in the Community of Madrid.

The intervention, led by Rosa María Domínguez and Luis Hernández, was carried out between January 18 and May 6 of this year, within the urbanization project of the Partial Plan for Interior Reform of the Carabanchel prison, promoted by the Society for Penitentiary Infrastructures and Facilities and State Security.

The general director of Cultural Heritage of the Community of Madrid, Elena Hernando, explained to Efe that the mine is an underground system for capturing and transporting water. "With the current data, the time of construction of this infrastructure cannot be guaranteed, which will be amortized and reused as a landfill from the second half of the fourth century after Christ, in the late Roman period," Hernando said.

In the surroundings there is a settlement from the imperial Roman period, but located at higher levels, so it seems unlikely that this aqueduct was built for its supply. "It has not been possible to document the complete morphology of the mine, since its base has not been reached", pointed out the general director, who has specified that at the points from which it can be accessed, it is observed that it is practically clogged by sediments from of landslides from the roof and walls.

In the Iberian Peninsula, this type of infrastructure is documented in the territory of Tarraco to supply the civitas and rural towns and there are also examples in Toledo, Cuenca, Jaén or Mérida.

The General Directorate of Cultural Heritage has established, in a resolution, the presentation of a road construction project that is compatible with the conservation of the Roman aqueduct, given the heritage protection it has.

In order to obtain data on the route and morphology of the infrastructure, different studies were requested with the aim of guaranteeing its preservation, such as an electromagnetic survey, an electrical tomography, geotechnical surveys in the access wells/tracing of the road, a geological-geomorphological study and a 3D scan of the aqueduct.

The results of the excavation have revealed a sequence of occupation of the site that starts in the Carpetian period, continues in the low imperial and late Roman periods, to return to activity centuries later, in the Modern and Contemporary periods. From the occupation phase of the second Iron Age, under the levels of a rubbish dump from the early Roman period, a sequence from the Carpetan period with ceramic materials dated between the 4th and 2nd centuries BC is documented.

It is characterized by the presence of collapsed levels of rammed earth and adobes that cover a set of rooms with at least six constructions for indefinite use, which may be residential or functional spaces around a central open space.

The Roman period is the most interesting. At first, between the end of the 2nd century and the 3rd century, a series of ditches were depreciated, presumably related to the drainage of the area. The landfill that develops on the remains of the ruined settlement of the second Iron Age is also associated with this moment.

The second moment, from the middle of the 4th century to the beginning of the 5th, corresponds to the amortization of the attack wells, the identified water mine and the corresponding auxiliary structures, and a very devastated occupation zone located in the vicinity of the third well of attack characterized by remains of a wall, a combustion zone and collapse of tiles.

In Modern/Contemporary times (18th-19th centuries) an organic stratum associated with areas of agricultural exploitation is documented, as well as wells and water mines related to the collection and distribution of water; a possible pond and an alignment of pits that mark the path of the tree-lined road that led from the Quinta de los Condes de Miranda, after the Empress Eugenia de Montijo, to the Church of Santa María la Antigua.