Alejandro Balde: "I was going to take a nap and I ended up playing a World Cup"

In the life of Alejandro Balde (Barcelona, ​​2003) there is no time for reflection. 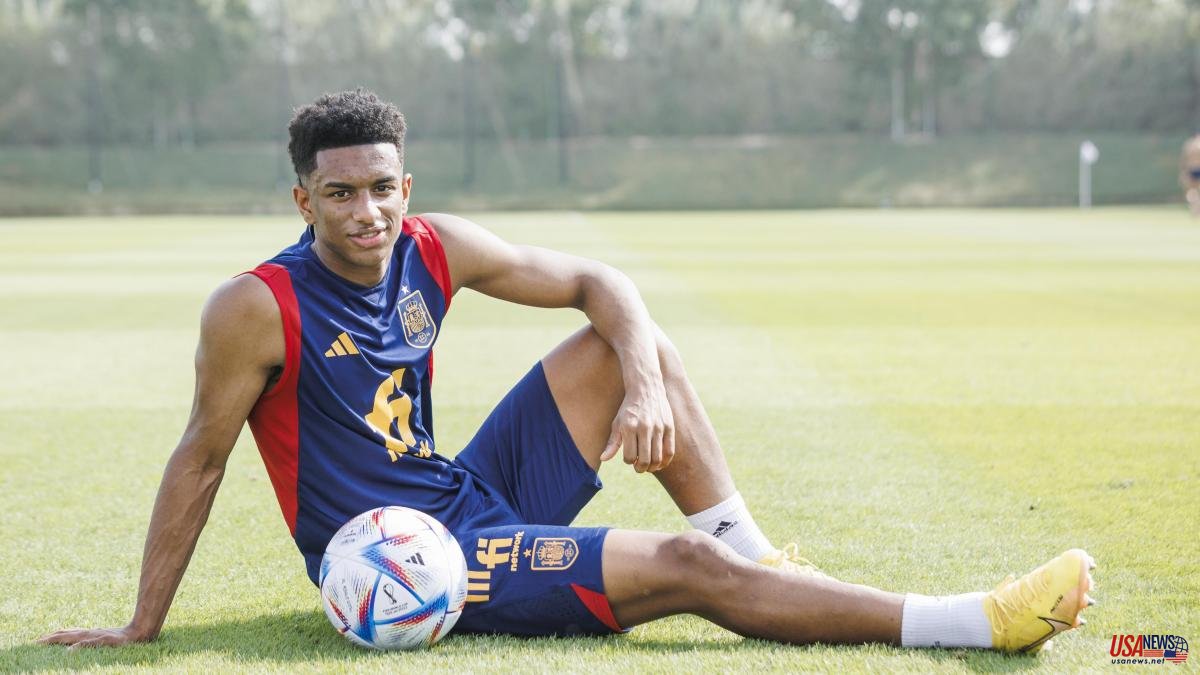 In the life of Alejandro Balde (Barcelona, ​​2003) there is no time for reflection. "Everything is going very fast," he repeats happily. In a few months he has gone from playing in the subsidiary to contesting the position of Jordi Alba at Xavi's Barça. And on Wednesday he made his debut with the absolute Spanish team in a big way, in a World Cup. With no time to digest it, he kindly attends to La Vanguardia at Qatar University.

Have you had time to think about what you experienced against Costa Rica?

Not quite, it still seems like a dream to me what is happening to me.

What was going through your head when you were warming up?

I was a bit nervous before going in. Well, rather, more than nervous I was impatient, but once I set foot on the pitch, everything went away.

What did the coach tell you?

That I was myself and that I did the same things that I was doing in training.

He collaborated in the biggest win in the history of Spain in a World Cup...

It was noted that we were very excited and eager.

Was it the game you enjoyed the most in your career?

Debuting with the national team and doing it directly in a World Cup was very special. The truth is that he did not want the game to end.

We already know how the Germans are, a very tough opponent.

Were you able to fall asleep after your debut?

I'm not going to lie, I fell asleep pretty late. But it was more because I was responding to messages and calls that I had on my mobile. In the end, I was able to sleep well.

His phone must have smoked...

I was about to burst! Especially with messages from my family, who were very happy for me. They all congratulated me. Then I was also able to talk to my friends and all the people who had written to me.

How have you been welcomed in the absolute?

There are very good people, it's a great dressing room, and everyone has welcomed me very well, from the president to the coach, as well as all the players.

That there are up to eight Barça players should help...

Yes, we are many here in Qatar concentrated and that helps. But I also knew a few other classmates. They have all welcomed me luxuriously and I am very happy.

It is said that he has big piques with Nico Williams and Ansu Fati playing the PlayStation...

(He laughs) Yes, the three of us are always playing and sometimes Gavi gets in there too to see who is the best.

Nico says that he is the best.

I always win. Nico beat me one day and uploaded a video to the networks, so people think he beats me, but it's not like that. I win.

Before traveling to the World Cup, you were concentrating on the under-21s. Do you remember what you were doing when you heard the news?

I remember perfectly. He was about to take a nap and, suddenly, Luis de la Fuente – the coach – called me to come up to his office. When I arrived he told me that I had to go with the absolute to Qatar.

The first thing was to call my parents, everything was crazy.

On the other hand, for Gayà it must have been traumatic.

Getting injured two days before a World Cup is very hard. I want to send you a message of encouragement and all my support from here.

Did you have plans for when you returned from the sub-21?

I was going on a trip to Paris for a week to disconnect with my brother and some friends, but we canceled everything as soon as they told me.

Well, Paris has changed for a World Cup, it's not bad at all...

Being here was a dream I had since I was little, as was making my debut with Barça. And I am fulfilling them little by little.

Is it something that one imagines?

Since you were little you have it in your head but you never believe that it will happen, especially so soon. I am very grateful.

Messi says that he regrets not having enjoyed his best time at Barça more, are you enjoying what you are experiencing?

Yes, but it is also true that everything happens very quickly and perhaps it will take me a while to assimilate everything.

Did you really have to choose between athletics or soccer?

No, that story is wrong. I have always wanted to play soccer since I can remember. It was my father who perhaps said that I was very fast and that perhaps I would sign up for athletics.

What would he do without his brother?

I don't know, he's my best friend. We've been inseparable since day one and he's a bit like a military man to me. He makes me straight, always attentive to who I'm going with, where I'm going and stuff like that. He cares a lot about me and I think it's partly thanks to him that I'm here.

He stood out at San Gabriel and signed him... Espanyol!

I did the tests with Barça but they had doubts and I went to Espanyol. I was only there for a year and I scored a lot of goals playing as a striker. That caught the attention of Barça and the following year I already changed.

Yes, we played football-7 and I was the center forward.

Now he is a left back and shares a dressing room with Jordi Alba.

We get along very well, he always tries to give me advice.

As soon as I arrived in Qatar, he picked me up and told me how I had to position myself, since it's different from how we do it at Barça.

The most important thing is that in the national team we receive in a more backward zone than in Barça.

Do you detect many differences between Xavi and Luis Enrique?

The game that both are looking for is similar, but there are some nuances. I have already spoken with Luis Enrique here in Qatar and he has conveyed to me the idea that he wants.