Alcaraz - Sinner: schedule of the match in Spain and where to watch the quarterfinals of the US Open 2022

Carlos Alcaraz continues steadily on his way to what would be his first Grand Slam title and, above all, to the leadership of the ATP ranking, which would make him the youngest number one in tennis history. 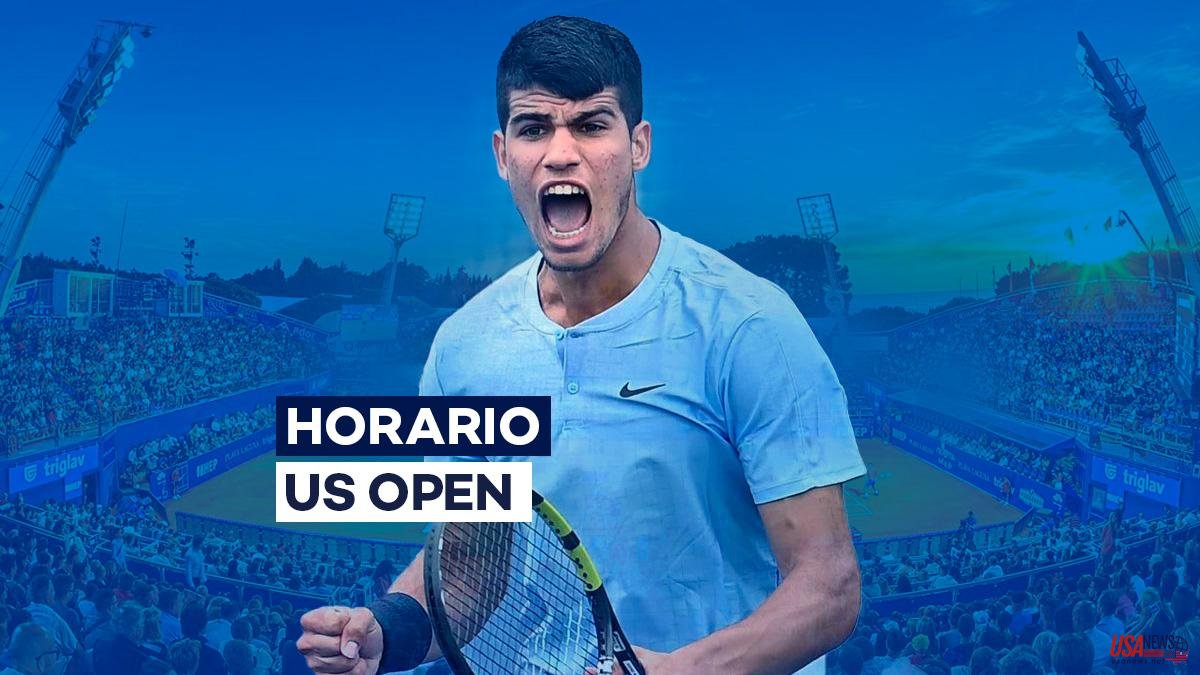 Carlos Alcaraz continues steadily on his way to what would be his first Grand Slam title and, above all, to the leadership of the ATP ranking, which would make him the youngest number one in tennis history. After not giving up a single set in the first three matches, he stood in the round of 16 to end up surviving a battle of almost four hours against a veteran like Marin Cilic. The Croatian, champion of the US Open in 2014, was always in tow, but at no time did he disengage from the match, which began at dawn and did not end until the sun rose in Spain (6-4, 3-6, 6-4 , 4-6, 6-3). After this exhausting challenge, Alcaraz will face Jannik Sinner, his executioner at Wimbledon and another of the most promising youngsters on the circuit.

The one from El Palmar will face the Italian in a rematch that he will surely be looking forward to. As in the previous round, he will play in the last turn of the center court, the Arthur Ashe. After the meeting between Iga Swiatek and Jessica Pegula, which begins at dawn from Wednesday 7 to Thursday 8 September, at 01:00 (Spanish time), it will be the turn of Alcaraz and Sinner. Therefore, the match will not start before 03.00 (Spanish time). It can be seen live on Eurosport.

Carlos Alcaraz has a golden opportunity to make history in the world of tennis. His arrival to professionalism and his explosion were very early, but his growth seems to have no limits. At the beginning of 2021 he was ranked 141st in the ranking, in September he was already number 38 and now he is getting closer to assaulting the throne and thus surpassing Lleyton Hewitt as the youngest leader in the history of the circuit. For this, however, he still has work to do. If the round of 16 matchup against veteran Marin Cilic was already a litmus test, the quarterfinal clash against Sinner points the same way.

Spanish and Italian are almost from the same generation (two years separate them) and, due to age and quality, their matches could soon become a classic. So far they have crossed paths three times on the professional circuit, at the Masters 1,000 in Paris, at Umag and at Wimbledon. In France Alcaraz won, but the other two matches fell on Sinner's side. Especially painful for the one from El Palmar was the defeat in the round of 16 on the London grass. They meet again in a Grand Slam tournament, the last of the year, and they have a unique opportunity to get closer to their first big, after the defeats of candidates like Nadal, Medvedev or Kyrgios.

Alcaraz will put his quality and fresh air on the New York track. Unpredictable hits, lobs, drop shots and hits to the net. The Spaniard born in 2003 never ceases to amaze and still has a long way to go. Almost the same as Sinner, born in 2001, who is currently ranked number 13 in the ATP ranking and is a clear candidate to continue to remain in the top 10 for the next few years. So far, on his way to the US Open quarterfinals, he hasn't met any major rivals. This will be his first litmus test.