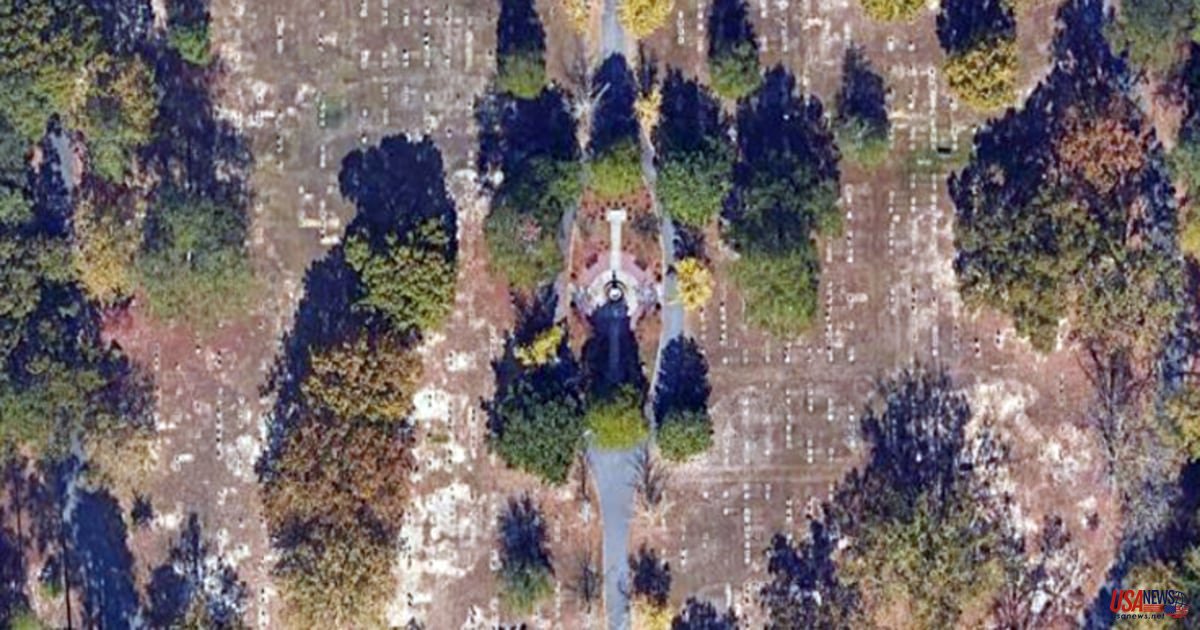 AUBURN (Ala.) -- A man from Alabama was convicted for criminal littering. He was ordered to pay $300 for placing flowers in boxes on the grave of his fiancee. The father of the couple didn't approve of the decorations and their relationship.

According to the Opelika-Auburn News, Winston "Winchester," Hagans was convicted in Auburn city court Thursday on a warrant signed and signed by Rev. Tom Ford, father to Hannah Ford, was killed in a car accident in January 2021, just a month after he got engaged to Hagans.

Evidence revealed that Hagans placed small flower pots with flowers in small boxes on the grave of the woman several times, and that her father removed them repeatedly. Alabama law allows citizens to obtain warrants of arrest in municipal courts under certain circumstances.

Ford stated that a total 10 boxes were placed on the grave since May 2021. He either discarded them, or sent them back home to Hagans.

Ford stated that the first box was the one Ford saw. He picked it up when he pointed out where it was and it broke apart. It was a rotten wood piece with pictures, so I tossed it."

Ford stated that he didn't approve of Hagans' relationship with his daughter. He heard it second-hand, or third-hand, because the woman wasn’t telling him.

Justin Clark, the municipal prosecutor, stated that the cemetery is in the city's ownership. He said that regulations prohibit "benches and urns", boxes, shells and toys on graves.

She said that he said he didn’t care and that he would make another box to replace the one he had taken out.

Although the defense claimed that the flower boxes weren't litter, Judge Jim McLaughlin convicted Hagans in non-jury trials. He said that the boxes were "a clear example of violation of this statute and violation of littering statute."

The box is not found in nature. It is a foreign material. He said that it doesn't matter if it looks pretty or not.