Aftermath of 'partygate' leaves Johnson with an uncomfortable political hangover

In the movie The Hangover, some friends go to the oasis in Nevada to celebrate a bachelor party, but before the party starts they go up to the roof of the hotel and have a few drinks. 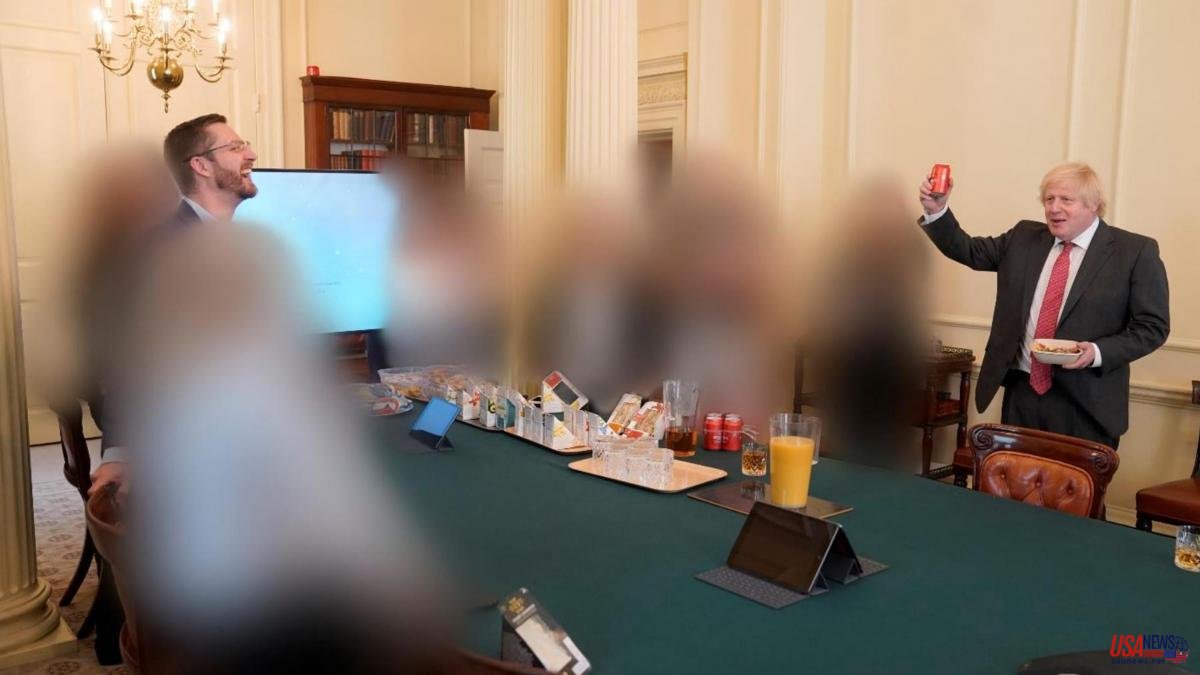 In the movie The Hangover, some friends go to the oasis in Nevada to celebrate a bachelor party, but before the party starts they go up to the roof of the hotel and have a few drinks. They wake up the next morning in their suite in a daze, with no memory of what has happened, with the furniture upside down, a baby in the closet and a tiger in the bathroom, and one of them is missing a tooth. In The Hangover Downing Street, revelry went on until 4 a.m. with music from Abba and a karaoke machine, cleaning ladies and security men were insulted, officials were vomiting, some sat on each other's laps. And there were even fights.

That is the cinematographic criticism that the official Sue Gray has made of what happened in the prime minister's residence – frequently with his presence – during the pandemic, when the rest of the British could not attend the funerals of their friends and family, or visit them in hospitals for “the good of the country” and express orders from Boris Johnson. Music was playing in her five-story home-office in the heart of London.

The sixty-page report and nine photographs, in which the premier is seen with a beer and a glass of wine in hand, next to a table full of bottles, has reopened the partygate blisters and prompted new calls for the resignation of the Conservative leader, but has not altered his defense that they were "work meetings in which he made a brief appearance" without being aware that he was breaking the rules.

"What the report describes is totally unacceptable, and I take responsibility for what happened with a deep sense of humility," said Johnson, first in an intervention in the House of Commons and later in a press conference in which a journalist asked point blank if he is a liar. To which he undauntedly replied that no, without moving a single hair.

But words like "responsibility" and "humility" don't have the same meaning in Johnson's dictionary as they do in the Royal Academy (and its British equivalent), and some think they don't even figure, as does "resignation." A "meeting of people in a place to have fun or celebrate an event in which they usually drink, dance and eat" is not a party, but a "work event", as he reiterated yesterday.

His reaction to the publication of the devastating report was that he is very sorry and apologizes, but it is time to close the issue as the country and the world are, with the cost of living crisis and the war in Ukraine. And most of the Conservative Party agrees with him, as demonstrated by the Tory parliamentary group (which would be in charge of collecting the necessary signatures for a motion of no confidence) by banging on tables in support of their leader when he came to give them explanations after the press conference. The deputies are divided into two groups, a minority of around twenty guided by moral criteria that considers that he should resign, and a majority that, for electoral reasons and political inertia, prefers that he continue. Even if it is to burn out and lose the 2024 elections.

From the Hangover there was one, two and three. From The Hangover in Downing Street we go for the seven or eight, and the ones that remain...