A walk through Dalí's metaverse

In 1965, in New York, Salvador Dalí states in a video that more than painting he is interested in artistic creation derived from cybernetics, quantum physics and biology. 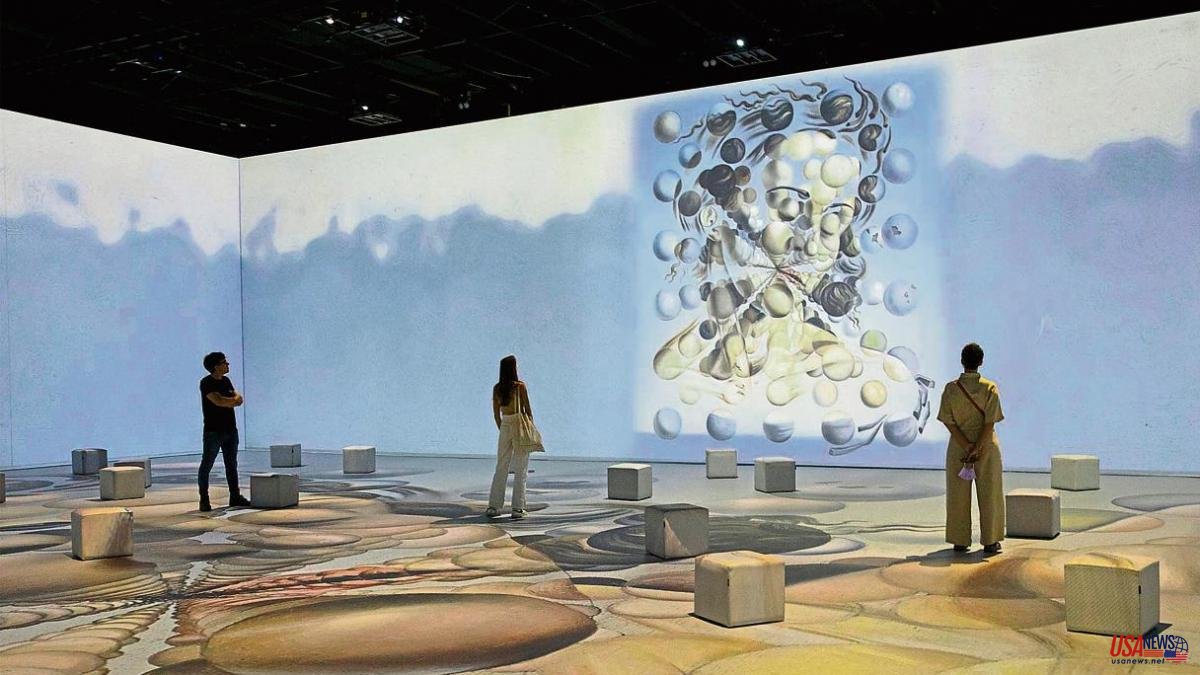 In 1965, in New York, Salvador Dalí states in a video that more than painting he is interested in artistic creation derived from cybernetics, quantum physics and biology. And what then seemed like one more provocation, half a century later he begins to take shape. Ideal, the Digital Arts Center of Barcelona, ​​has launched Dalí cybernetic that opens another perspective to the contemplation of the works.

The experience that the public will be able to enjoy starting today in Barcelona and for several months -there are already 10,000 tickets sold-, is based on a script by Imma Fondevila and Anna Pou, with the backing of the Gala-Salvador Dalí Foundation, and has several differentiated parts: 30 minutes of immersion in Dalí's work, in a space of a thousand square meters with large-format projections in the four corners; an installation that allows interaction with a work by the painter entitled Cybernetic Princess (a sculpture by Dalí made with printed circuit boards that is in the Figueres Theatre-Museum); a giant hologram inspired by another by the artist dedicated to the singer Alice Cooper (the new one includes a nod to Ramon Llull, boss of computer scientists) and, as a finale to the party, 12 minutes in which the viewer is immersed in a metaverse full of elements typical of the Dalinian corpus. Altogether, an hour's journey that, in the words of Jordi Sellas, director of the Ideal, "is a great tribute to the visionary Salvador Dalí." A Dalí who already sensed that museums and cinemas would be overwhelmed by the new possibilities offered by science.

The most innovative part is what the promoters consider to be the first collective metaverse with freedom of movement for the viewer. With the help of special glasses, the public physically walks through a virtual space. On this occasion it is the deck of a sailing ship, whose cabin is the Galatea Tower in Figueres and which has a figure of Gala as its figurehead. The visitor personalizes a digital avatar and attends a journey in which he contemplates the sea, the desert, the sky and the void, all seasoned with Dalinian elements.

But the true tribute to Dalí is lived in the central room with the immersive projections, based on details extracted from 150 Dalí oil paintings that are combined with each other (although in order not to create confusion, and at the request of the Dalí Foundation, at different times full works appear). The projection begins with the superimposition of Dalí's paintings on real landscapes of Cap de Creus and Cadaqués. The giraffes on fire, the elephants, the ants, the soft clocks, the cypresses, the eggs on a plate, all of Dalí's iconography appears on the screens. And the enlargement of small details of the paintings does nothing but magnify Dalí's stature as a great draftsman. The soundtrack includes adapted versions of a sardana, the Cant dels ocells and a habanera, with the very Dalinian goal of making the ultralocal universal. And that projection ends with a three-minute fragment of images generated by artificial intelligence. A piece created by the Turkish studio Ouchhh that makes Dalí's “dream machine” a reality.

This is the fourth immersive project created around Dalí, all of them endorsed by the Foundation, although with substantial differences. El del Ideal, produced by Layers of Reality, plans to visit 30 cities in the next four years, the immediate ones being London, Buenos Aires and Istanbul. On October 8 in Madrid Dalí Challenge opens, created by ArtDidaktik, which will occupy two thousand square meters of space 5.1 of Ifema and offers a vision of the most versatile Dalí through 160 works. He will be in Madrid until March 7 and then he will also travel to other cities. In 2020 the first immersive project, Dalí, was born. The Endless Enigma, by Culturespace, at the Beaux-de-Provence quarry, later moved to the Atelier des Lumières in Paris. And a year later Inside Dalí, promoted by Crossmedia, in Florence, which was later taken to Antwerp.

Discounts of 20% and 2x1 for members of El Club Vanguardia 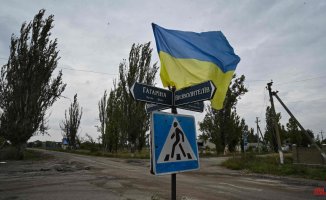 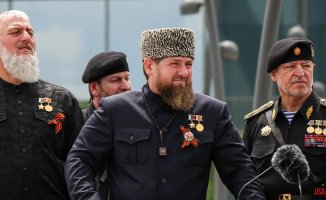 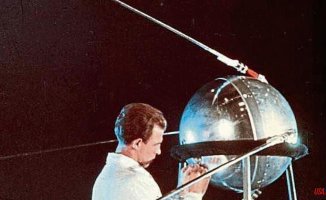