A First Division player will play in the Kings League with a mask: who is Enigma?

The first day of the Kings League organized by Gerard Piqué and Ibai Llanos was a complete success on its first day. 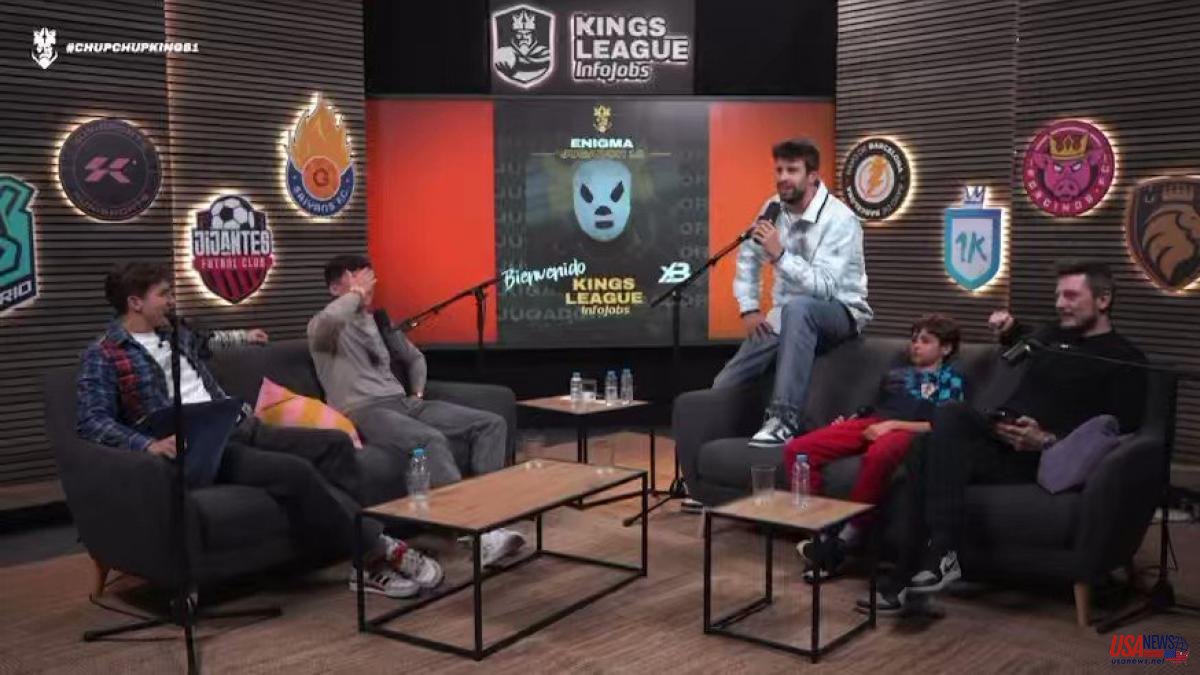 The first day of the Kings League organized by Gerard Piqué and Ibai Llanos was a complete success on its first day. For the second batch of matches, which will be held on January 8, 2023, a real bombshell has been prepared.

Piqué, who acts as president of the Kings League, was the host of an unexpected live on Twitch on the night of January 6. The xBuyer Team had something to say: for this round they will have a player number 12 whose identity will not be revealed.

"We announce the 12th player of the XBuyer. He does not want to reveal his identity, he is a first division player and he is going to play with a wrestling mask, and with his whole body covered so that his tattoos are not recognized," Piqué announced. . Later, it was revealed that this new signing is under 30 years old and is being worn by a well-known representative.

Therefore, only a few people will know which player is hiding under the pseudonym Enigma and the number 69. The Buyer brothers, for obvious reasons, as well as Piqué for having approved this last-minute addition. Instead, his colleagues, rivals and other presidents will not know who it is.

And it is understood that his club or representative will not know that he will participate in the Kings League. This is why you are so careful to play anonymously.

Not surprisingly, the Kings League audience has begun to theorize about the identity of the player who will wear the xBuyer Team shirt on the second day of the tournament. It must be taken into account that the Kings League is played in Barcelona and that there is a LaLiga day, so it has to be a player who does not play on Sunday or Monday.

The most vaunted names on social networks have been Denis Suárez, a Celta player in conflict with the board; Yéremi Pino, from Villarreal; Pol Lozano, from Espanyol; Pol Lirola, from Elche or Rodrigo Riquelme, from Girona. It has also been rumored that it is Isco, who has just terminated his contract with Sevilla.