The Governor of the Bank of Spain, Pablo Hernández de Cos, reiterated this Tuesday in a financial forum that "the macrofinancial situation is very complex, characterized by high inflation, the tightening of financing conditions and the increase in uncertainty, which which has caused an economic slowdown in the third quarter". 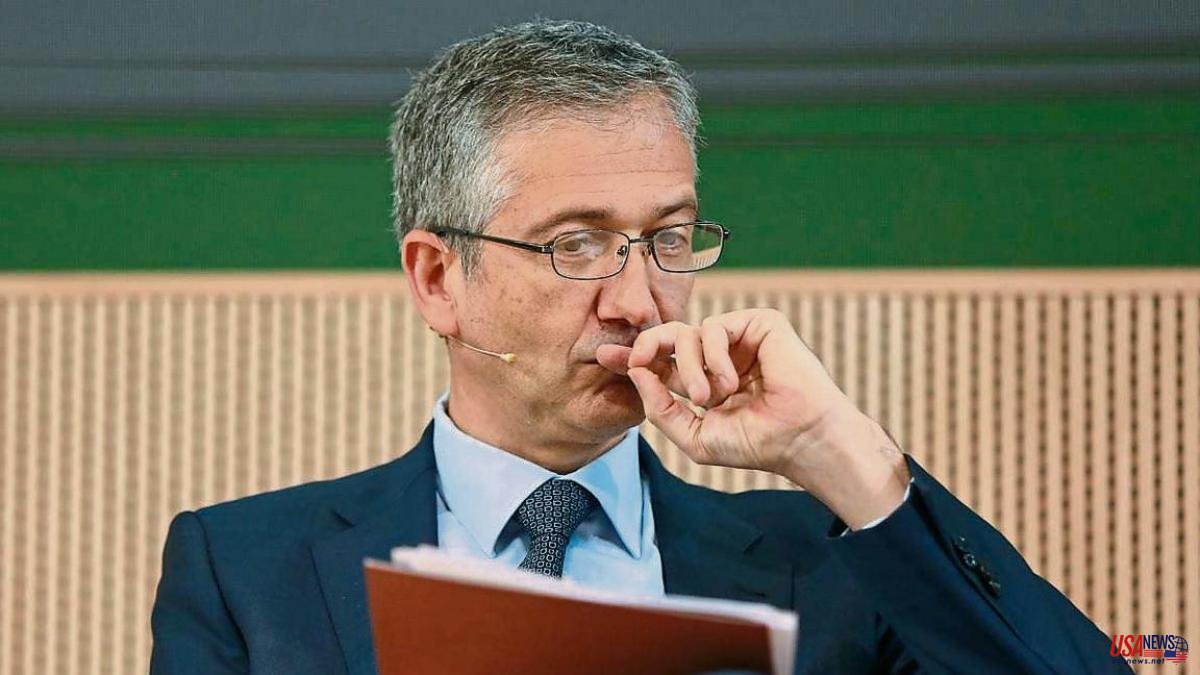 The Governor of the Bank of Spain, Pablo Hernández de Cos, reiterated this Tuesday in a financial forum that "the macrofinancial situation is very complex, characterized by high inflation, the tightening of financing conditions and the increase in uncertainty, which which has caused an economic slowdown in the third quarter".

Uncertainties that will be seen in the day to day of families, he has insinuated. In this sense, those households that have a mortgage will see how their quota to pay due to the rise in interest rates will increase in the next revision.

Specifically, Hernández de Cos has highlighted that if rates increase by 300 basis points, 13.8% of people who have a mortgage loan could have difficulties paying the monthly installment, since they would become vulnerable customers. Similarly, he explained that the increase in energy prices will contribute to the fact that in an average home the monthly weight of energy expenses will go from representing 10% of the current budget to 12.5%.

The Governor has warned of a change in trend in the real estate sector due to the macro-financial context. He has ensured that "housing transactions contracted in July, when it is a month with a positive seasonal component." Similarly, he has ensured that "in the second quarter housing prices stopped accelerating, showing growth similar to that of the first three months of the year." Hence, it is a sector in which the focus will have to be placed in the coming months.

With the current economic context, the Governor has pointed out that "this macro situation is going to increase financial vulnerability in households, companies and the public sector".

In the opinion of Hernández de Cos, the starting point for banking in the face of other crises is that it has "lower delinquency ratios and profitability above the cost of capital".

The Governor has put some figures on the table: doubtful credit to the resident private sector has decreased by 12.4% in the second quarter of 2022 and loans under special supervision have been corrected and have been reduced by almost 10% year-on-year in June 2022. They represent only 7% of the loan portfolio to the resident private sector, in this case still above pre-pandemic records.

"The profitability of Spanish banks stood at 10% in the first half, two points more than in June 2019." This increase in profitability is due to the improvement in the recurring banking business, with increases of over 10% in the net interest margin and commissions. According to Hernández de Cos, financial entities "are beginning to affect the increase in interest rates in the money markets on new loans, but more slowly than in the past." The person in charge has highlighted that "at the moment the interest rates on deposits have not increased and until June no significant transfer of funds to term accounts was detected".

Regarding the solvency rate, he highlighted that it stood at 12.9% in June 2022, which is 50 basis points below its level in the same month of the previous year, "but 70 basis points above the level pre-pandemic".

He also recalled that "inflationary pressure, the tightening of financial conditions and the increase in uncertainties will mean, in the case of households, a downward adjustment in both their consumption decisions and their investment in housing". With regard to companies, he has assured that those most exposed to the rise in energy prices are those in which "a certain deterioration of the economic and patrimonial situation" is observed.

As for loans, he said that mortgages are growing steadily at a rate slightly above 1%, but consumer loans are falling at rates of around 4%.

In the forum organized by El Economista and Accenture, the great bankers José Antonio Álvarez (Santander), Gonzalo Gortázar (CaixaBank), César González-Bueno (Sabadell) and Manuel Menéndez (Unicaja Banco) have made it clear that they will resort to the new income tax banking once it is approved by the Government. However, we must wait to read the small print to see what is appealed from the legal point of view, they have pointed out.