10 plans for this weekend in Barcelona

Lights of Sant Pau: a Christmas walk through the modernist precinct. 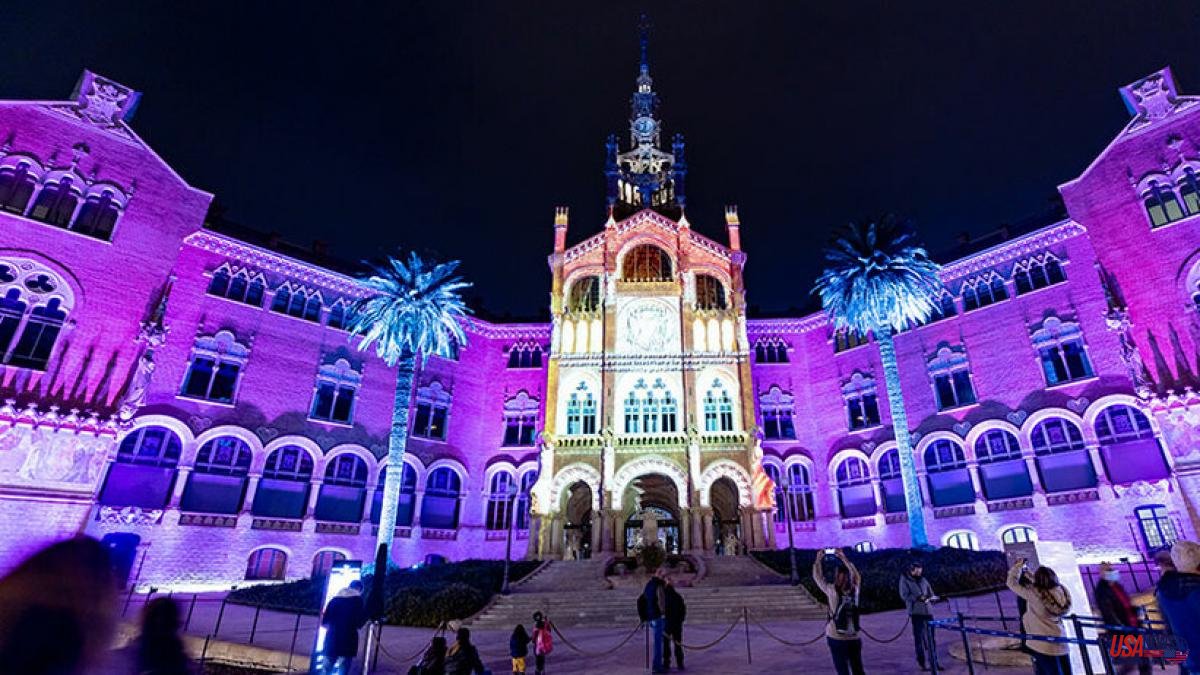 Lights of Sant Pau: a Christmas walk through the modernist precinct

The long-awaited Llums de Sant Pau return for yet another year, a tour inside the most emblematic modernist enclosure of Domènech i Montaner. This year's theme focuses on the Universe of Light, the title that precedes a tour of the gardens decorated with lights and music, as an ode to the cosmos and its constellations. A perfect plan to spend an afternoon with the family and with tickets at 12 euros on weekdays and 15 on weekends.

The work The Years in Temporada Alta arrives:

Mariano Pensotti's new project, Los años, arrives at the Girona festival with two performances, on November 26 and 27. In this work by one of the favorite creators of European festivals, the present and the future coexist to engage in a game of parallels. Tickets cost 30 euros.

The story of the iconic film by Julia Roberts and Richard Gere returns in the form of a musical after thirty years of success on the big screen. The Teatro Apolo in Barcelona will host Pretty Woman until January 29 and intends to meet the great reception that the same proposal had on Broadway in 2018.

This adaptation of UbuRoi by Alfred Jarry is an allegory to power, corruption, but also to imagination and childhood. With a satirical tone, different languages ​​and scenic disciplines, a couple will try to conquer the desired empire. This weekend the latest features are offered, with a reduced price for Scene 25.

Premiere of To the Bone, the new film by Timothée Chalamet:

This weekend the long-awaited film Hasta los huesos (Bones and All), with Timothée Chalament and Taylor Russell as protagonists, will be able to be seen on the big screens all over Spain. This horror story promises a lot of blood and romance, directed by Luca Guadagnino, the same director of Call me by your name, the film that catapulted Chalamet to fame.

Stories not to tell about Cesc Gay:

The new comedy by the Catalan director, Cesc Gay, is also released in theaters. In this new production, Gay talks to us about everyday lies and our inability to control our emotions. The film features many familiar faces, such as Chino Darín, Antonio de la Torre, Javier Rey, Anna Castillo or María León.

The legendary Catalan rock group celebrates the 30th anniversary of their most popular album, Ben Endins, as part of Cruïlla Tardor. This Saturday the Palau Sant Jordi will be filled to honor the most emblematic themes of his career. There are still a few tickets available.

Dorian at the Sant Jordi Club:

The band led by Bart Sanz, Belly Hernández, Marc Gili and Lisandro Montes will fill the Sant Jordi Club this Saturday at 9:00 p.m. The group will present what Ritual sounds like, their new album that they describe as an evolution in their sound, within the Cruïlla Tardor program. Tickets are sold at 22 euros.

The guitarist arrives at the Liceu Conservatory this Saturday at 8:30 p.m. to close his trilogy around Andalusian music with the show Nerja. Admission costs 35 euros and the concert is part of the Barcelona Jazz Festival program.

The MNAC honors one of the first Spanish women to make a name for herself in the world of photography. Furthermore, the legacy of Mey Rahola was left in the shadows for more than six decades. In this way, the temporary exhibition of the Museu Nacional d'Art de Catalunya intends to resume the debate and the study on her photographic art.