The Provincial Prosecutor's Office of Madrid has asked the head of the investigating court number 26 to provisionally file the complaint filed by VOX against three senior officials of the Government of Pedro Sánchez whom it accused of having committed a series of irregularities for the acquisition of medical supplies at the start of the pandemic. 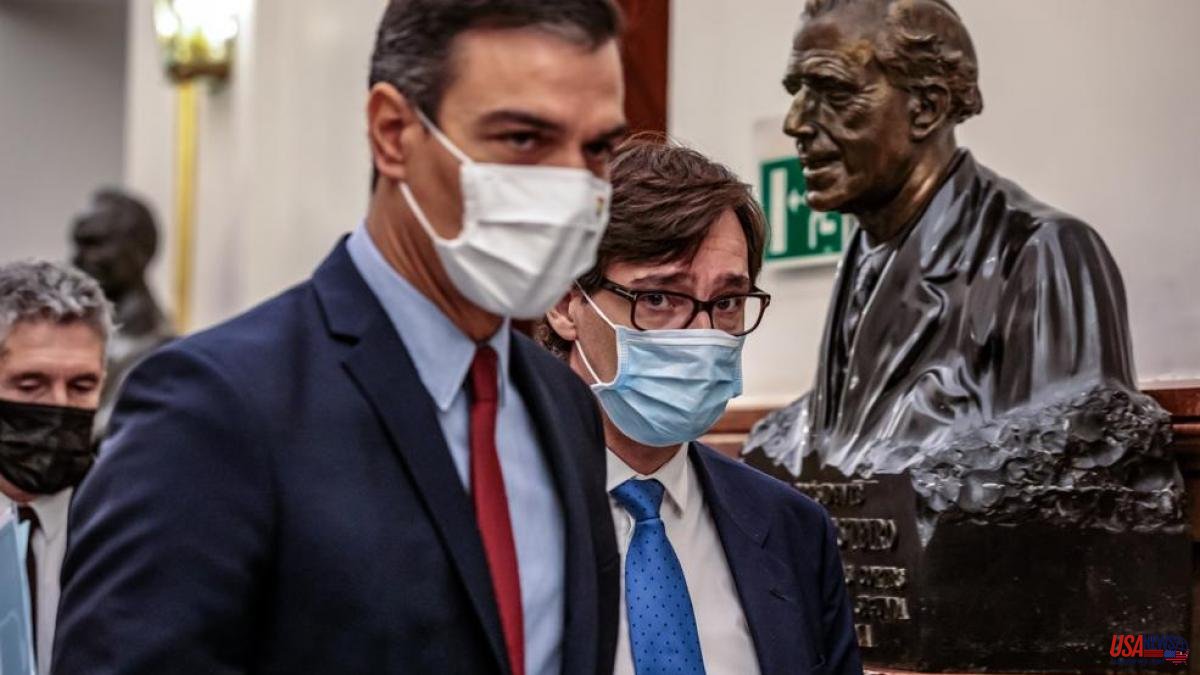 The Provincial Prosecutor's Office of Madrid has asked the head of the investigating court number 26 to provisionally file the complaint filed by VOX against three senior officials of the Government of Pedro Sánchez whom it accused of having committed a series of irregularities for the acquisition of medical supplies at the start of the pandemic.

For the representative of the Public Ministry, the political formation led by Santiago Abascal has not specified "sufficiently" the "minimum" evidence to carry out an investigation because the complaint is based on "mere conjectures and suspicions without the concurrence of sufficient elements of typicity with respect to the notitia criminis”.

The political formation maintained that between March 13 and April 30, 2020, 56 contracts were signed by the National Institute of Health Management (INGESA) without any type of publicity and outside of any administrative procedure. In addition, he alluded to the fact that a dozen awards were made to companies of "doubtful" existence since only one company name was known.

That lack of specificity, in his opinion, does not justify the request to investigate some facts due to their importance and notoriety "because they can be prospective, there are other procedures for their generic control."

It then focuses on the adaptation to current regulations of the contracts entered into by the public entity INGESA between the months of March and April of the year 2020. First, it states that there was a "notorious" and "unquestionable" fact such as the pandemic “and that the way of hiring had to be adapted to said event.”

For this reason, it refers to a report by the Court of Auditors made with all contracts entered into by INGESA between January 1 and December 31, 2020, including those that are the subject of the complaint, and concludes that said report "cannot lead to other conclusion than that the audited contracts were practiced in full compliance with the administrative regulations.

The mere confrontation of the indications reported in the complaint with the "concise" and "detailed" report prepared by the Court of Auditors on the contracts entered into is what leads the Prosecutor's Office to request the dismissal of the case. In addition, it specifies that in what refers to the contracts included in the complaint," the documentary provided by the State Attorney, providing the administrative files and appreciating the existence of sufficient control regarding both the form of contracting and the requirement of fulfillment of the obligations contracted by the successful bidder, also lead to urging the dismissal and filing of the criminal investigation.”

Lastly, the Prosecutor's brief alludes to the participation of the three defendants in the events denounced. For the representative of the Public Ministry, the statement made in court by the director of INGESA is "relevant" and, although he admitted that he was the person responsible for the contracts entered into by his department, recalled that all of them were subject to prior inspection and later by the Court of Auditors, "where in accordance with what was stated by the investigated party, the administrative budgets for the execution of the contracts in all their phases were fulfilled".

As for the general directors of Rationalization and Centralization of Procurement and of the Common Portfolio of the National Health and Pharmacy System service, she recalls that the first of them assumed the position of contracting body with respect to INGESA for five days "supporting compliance and adaptation to the contracting law whose responsibility was entrusted to it, in accordance with the report of the Court of Auditors provided in the case”.

Regarding the second "nothing has been proven, since it lacked the powers to be able to participate in the contracts denounced, an extreme that prevents any type of criminal liability requirement."

Hence, the conclusion of the Prosecutor's Office is that there is a "total" lack of proof of the facts in relation to the content of the complaint and the existing evidence against those investigated and, therefore, it is appreciated "the impossibility of requirement of responsibility in the context of the criminal process to those denounced”.