The war in Ukraine has caused a political upheaval in Italy. 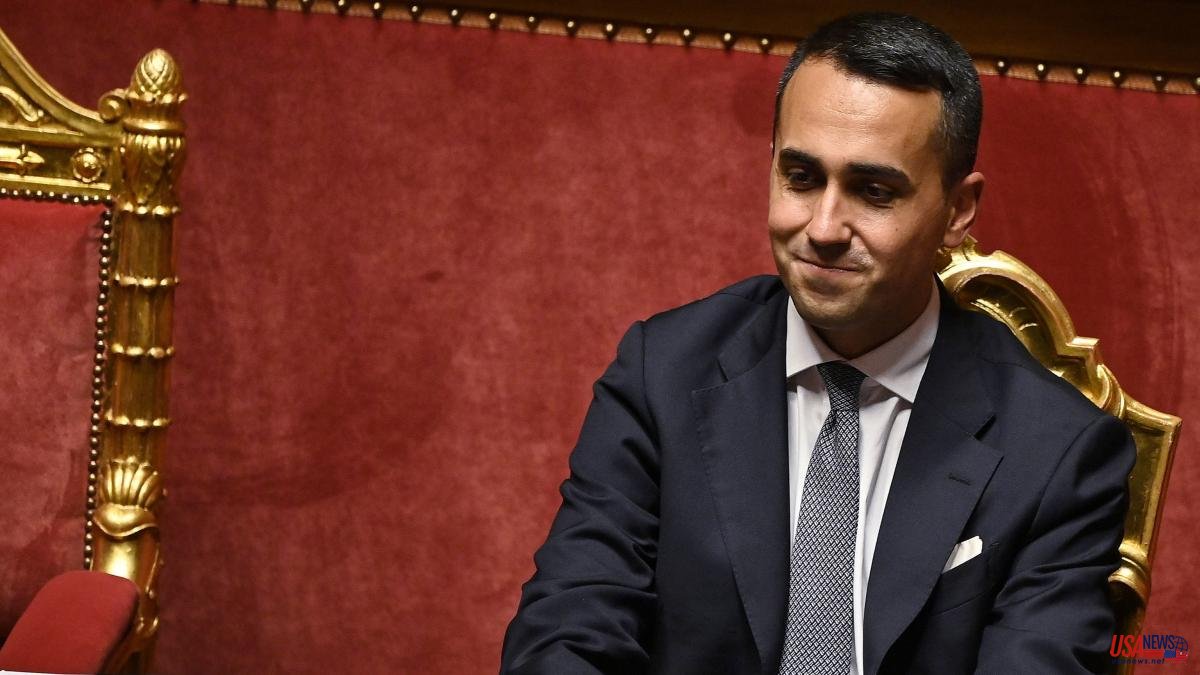 The war in Ukraine has caused a political upheaval in Italy. The Foreign Minister, Luigi Di Maio, has left the 5 Star Movement (M5E), the party that had the most parliamentarians among those who support the Government of Mario Draghi and which he led until January 2020, leading the formation to achieve the best result in its history in the 2018 national elections.

They had, because he has taken with him some sixty parliamentarians who are unfaithful to the current leader of the M5E, former Prime Minister Giuseppe Conte, consummating the long-awaited split between the moderate wing of the party, who have followed Di Maio, and the sector that follows his impulses anti-system, represented by Conte. From this Wednesday, the first parliamentary force in Italy will be the far-right League of Matteo Salvini.

After months of tensions, the final straw has been the shipment of weapons to Ukraine. Conte has been refusing to send more military equipment to Kyiv for weeks, following polls that say most Italians are against it. "They have put the prime minister and the foreign minister up for discussion to try to recover some point in the polls," criticized Di Maio in a harsh appearance. “It is irresponsible at a time like this. This war is not a media show”, he insisted, accusing the M5E of weakening Italy abroad.

The pretext has been a resolution of the M5E that wanted to ask the Executive not to arm the Ukrainians anymore, a document applauded by the Russian embassy that has finally not been presented. But Di Maio had harshly attacked the draft, assuring that with this type of act he puts "Italy's security at risk", words that caused a large part of the exponents of the M5E to request his expulsion.

Di Maio announced the formation of a new parliamentary force, Insieme per il futuro (Together for the future), pro-European, against populism and loyal to Draghi. His election also culminates the radical transformation of that very young man from Avellino who cried out against caste –when he was vice-premier he caused a crisis with France by meeting with the yellow vests–, to the calm 35-year-old minister who aspires to weave a new space of center and which has earned a good reputation among European diplomats. He has given no sign of wanting to give up his portfolio as foreign minister. It seems unlikely that Draghi is going to agree to reshape his cabinet, much less to move a pillar like Foreign Affairs in the middle of the war.

Now the question is whether Conte will dare to withdraw the M5E from the Executive and open a political crisis at this difficult time. He is thinking about it, because he could scratch votes from the opposition when there is less than a year left for the 2023 general elections. Although the government can survive without the support of the M5E, Draghi would depend only on Matteo Salvini's League, which also has problems with the rise of Brothers of Italy in the polls and could be tempted to provoke early elections before it is too late.

With the divorce, the M5E ends its eternal battle between the governmental soul of the formation and the representatives of the anti-system origins of a party that was founded in 2009 in the heat of the economic crisis. But since they entered the government in 2018 - first with the League, then with the Democratic Party (PD) and later within Draghi's national unity executive - they have been dragging electoral defeats, internal struggles and a trickle of parliamentarians. Another of the incentives of the deputies and senators who follow Di Maio in his new adventure is that they will no longer have to follow the rule that prohibited grillini from holding more than two terms, and which was to be confirmed in the coming days. Now your hands are free.