Kylian Mbappé could be free in 2024

L'Équipe has revealed new details of Kylian Mbappé's contract with Paris Saint-Germain, signed on May 21. 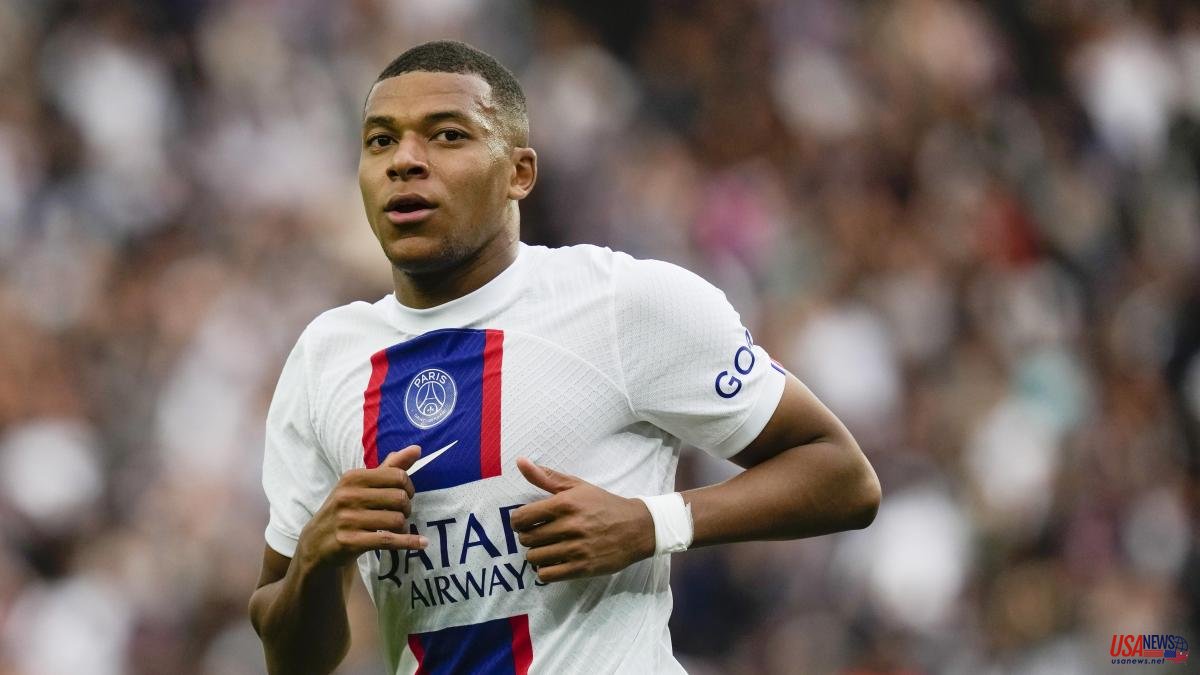 L'Équipe has revealed new details of Kylian Mbappé's contract with Paris Saint-Germain, signed on May 21. The agreement then announced linked the French star with the Parisian club until 2025, three seasons in which it seemed impossible to think of an exit from the cornerstone of Sheikh Nasser Al-Khelaifi's project. Real Madrid, which has had the striker in its sights for years, had already resigned itself to waiting until 2025 to launch again for hiring him. However, according to the French media, the wait could be shorter than expected. The contract has a duration of two fixed seasons and an optional one, for which the club should have the approval of the player.

In this way, the fight in the offices to get the services of one of the best soccer players on the planet could be reopened in just a few months, next summer, if PSG intends to get money for him. In L'Équipe they point out this clause as an express condition for Mbappé to renew with the team. From the Paris Saint-Germain board they were looking for the greatest possible extension, since they consider it the centerpiece of the project, on which to build their future. However, the French international did not want to commit to the club for many years without having the guarantee of forming and maintaining a squad capable of achieving continental success, the objective that he has between eyebrows. The potential to achieve it has been treasured for a long time.

PSG have started the season in an exceptional way, not only in terms of results (something common both in Ligue 1 and in the group stage of the Champions League recently), but also in terms of play. Only points have been left against Monaco and they lead the table in the domestic competition, tied with Olympique de Marseille. They already add several impressive goals and their trident is in a state of grace. Neymar (eight goals and six assists in seven games) has started at a very high level compared to his performance last season, Leo Messi (three goals and seven assists in seven games) seems to have recovered his good feelings and Mbappé (seven goals in six games) continues at his pace.

In the Champions League they debuted with a victory against Juventus (2-1), with two beautiful goals from the former Monaco player. At game level, they totally dominated the transalpine team. They had more possession and completed more passes and more shots. Through the figures of Marco Verratti and Vitinha they controlled the timing of the game at all times, and only conceded a goal when the revolutions, rhythm and concentration dropped. Their next rival in Europe will be Maccabi Haifa, and everything points to another display of footballing superiority on the biggest continental stage.

Mbappé is in an ideal competitive position, but even so he does not seem to be completely comfortable, starring in several discussions and gestures scrutinized with a magnifying glass with Neymar and Messi. On a sporting and economic level, PSG have arguments to convince him to extend his contract even further. However, the more than probable attack by Real Madrid, together with the problems with the financial fair play of the team, could pose a serious threat to the interests of the French entity. And this could happen sooner than expected, as soon as next summer.