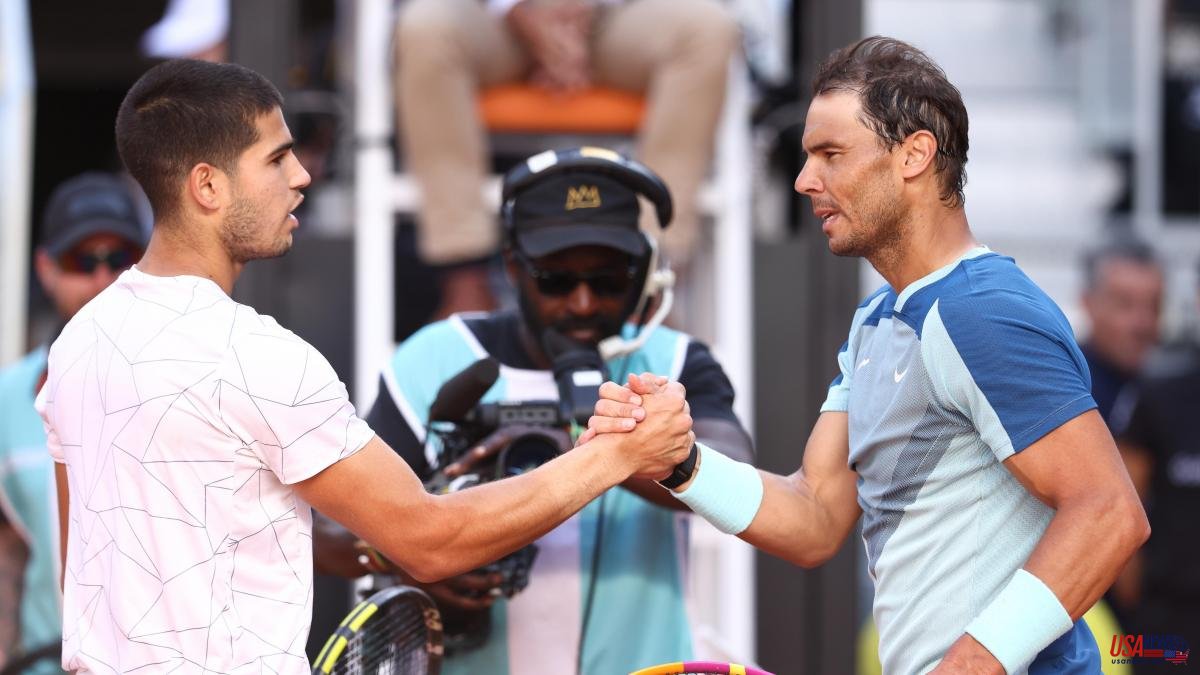 This Monday Spanish tennis enters the history books. For the first time, two Spanish tennis players lead the world ranking with Carlos Alcaraz at number 1 and Rafa Nadal in second place. Two tennis players from the same country have not shared the first two places in the ATP ranking since 2000, when the Americans Andre Agassi and Pete Sampras did.

Nadal achieved the second virtual place last Friday, after the defeat of the Norwegian Casper Ruud in the Seoul tournament, but the ranking was updated today, when this historic coincidence with Alcaraz and Nadal in the first two positions was made official. Before the Seoul tournament, the ATP classification, in the individual section, saw Alcaraz as No. 1 with 6,740 points; followed by Ruud (5,850) and Nadal (5,810).

The defeat of Ruud, in the quarterfinals of Seoul, according to the virtual list of the ATP itself, left the Norwegian with 4,930 points this Monday, when it became official at the end of the tournaments of the previous week, descending to third position in the world by behind Alcaraz and Nadal, who did not play in Seoul and keep their points unchanged.

It is a historic day for Spanish tennis, which had already known great tennis players occupying the first places. Carlos Moyá, Juan Carlos Ferrero, Nadal and Alcaraz have done so in the men's ATP, while Arantxa Sánchez Vicario and Garbiñe Muguruza have led the women's world ranking in the WTA.

At 19 years old, Alcaraz is experiencing the best moment of his career. The young man from Murcia appeared a few days ago on the prestigious Time 100 Next 2022 list, as one of the five athletes with a presence due to his current and future influence. Along with him are stars such as the American basketball player Ja Morant, 23; soccer players Sam Kerr, 29-year-old Australian, and Trinity Rodman, 20-year-old American; and the American athlete Erriyon Knighton, 18 years old.

Alcaraz, who rose to the top of the ATP after his triumph at the US Open, is rated as an emerging star in his field and the results he has been achieving have made him worthy of appearing on the list as the number 1 most young man in history The fact that this year he has also won the titles of the Masters 1,000 in Miami and Madrid and the ATP 500 in Rio de Janeiro and Barcelona has contributed to this.