Higuaín tearfully announces his retirement at the end of the season

Gonzalo Higuaín, currently at Inter Miami in the MLS, announced on Monday that he will leave professional soccer at the end of this season. 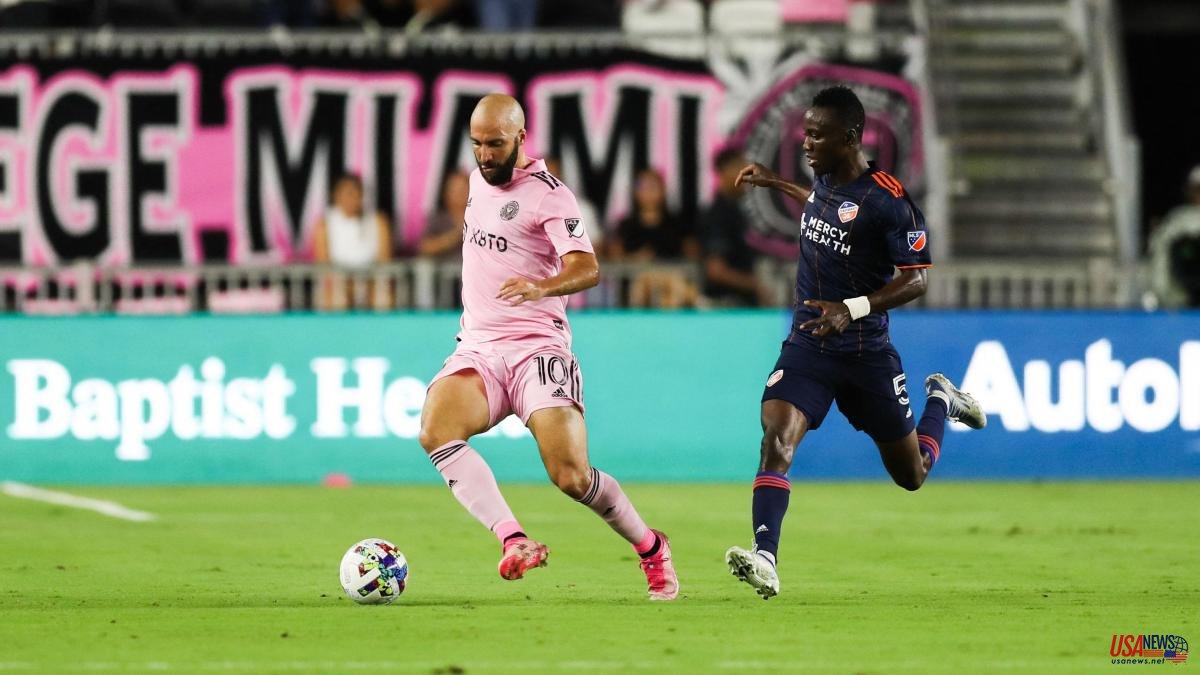 Gonzalo Higuaín, currently at Inter Miami in the MLS, announced on Monday that he will leave professional soccer at the end of this season. "It's time to tell you some news that I've been processing, analyzing and preparing for this decision for some time. The day has come to say goodbye to football," the Argentine striker said excitedly at a press conference.

'El Pipita' said that he feels "privileged" for having enjoyed football, "with its good and not so good moments". The 34-year-old former Real Madrid player began his professional career at River Plate before making the leap to Europe at a very young age.

With a great career that includes other outstanding teams such as Juventus, Chelsea or Napoli, Higuaín was also a very important role model for the Argentine national team, with whom he scored 31 goals in 75 games. He made his MLS debut in September 2020, in the final stretch of Inter Miami's first season.

Higuaín has scored 14 goals this season with the Florida team and is ending the regular season in extraordinary form, as he has scored 12 goals in his last 14 games. The striker will be key in Inter Miami's aspirations to play the playoffs, which this week has two decisive games to certify its place in the playoffs: on Wednesday against Orlando City and on Sunday against Montreal.