The first two incorporations that Barcelona made after the traumatic departure of Leo Messi were the transfer of Luuk de Jong, on the last day of the market, and the arrival, already in November, of Dani Alves, who was without a team. 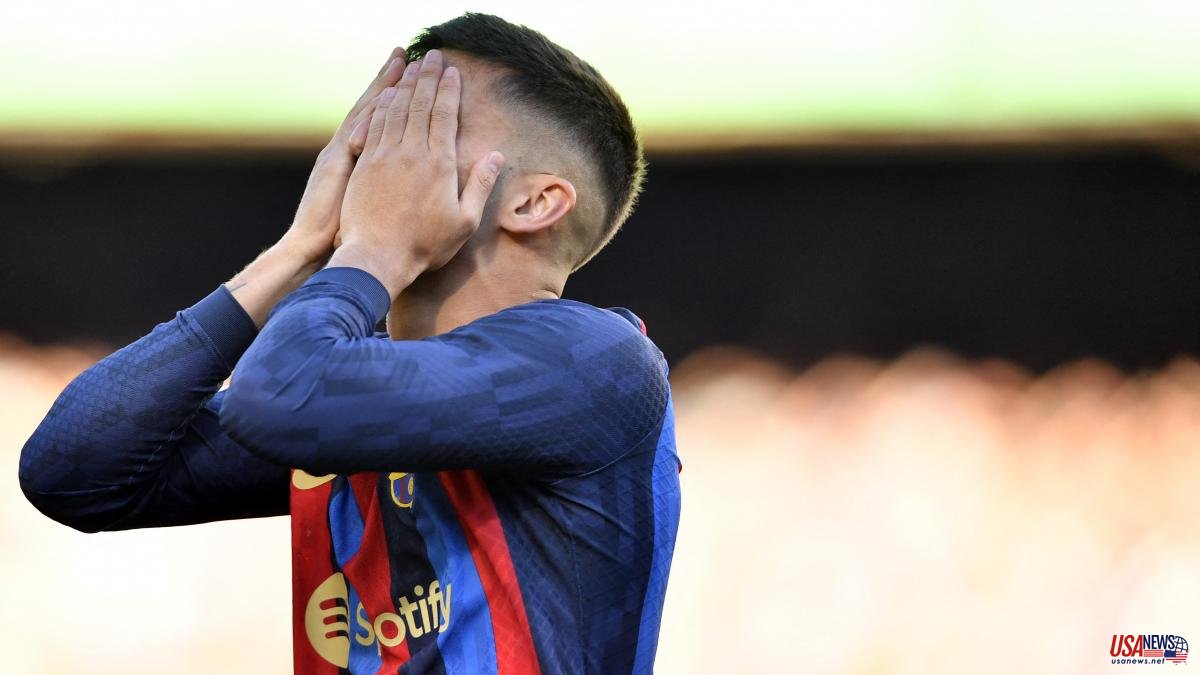 The first two incorporations that Barcelona made after the traumatic departure of Leo Messi were the transfer of Luuk de Jong, on the last day of the market, and the arrival, already in November, of Dani Alves, who was without a team. The first footballer for whom he paid a transfer to keep it in his property once he had to plan his future without the Argentine was Ferran Torres. It was a tour bet, a young player (then 21 years old, now 22) and with an important role in the selection. The club invested 55 million plus 10 variables – difficult to comply with – to repatriate the Valencian striker from the Premier League. He signed a contract for five and a half seasons until June 2027, enough time to make the financial effort made by the entity profitable.

A year has passed since the footballer was presented on January 3, 2022, and the Foios winger has settled in a limbo of doubts, from which at Barcelona it is difficult to get out or escape. Ferran Torres, who was considered mature after working with Marcelino, Guardiola and Luis Enrique, begins to be a victim of the cruelty with which his actions are judged and that is taking its toll on a footballer with a high standard of self-demand. It was verified last February – not even two months after he landed – when despite scoring a penalty for 1-1 against Napoli, he ended the game with great disgust for the missed chances. He had the character to ask for the ball in the maximum penalty but it hurt his soul not to have won.

He is at the same point now. Substitute in the derby, he could not vindicate himself against Intercity, where he was impatient and not very successful in front of goal. The fish that bites its tail.

He arrived as the undisputed starter from day one, since his debut in the classic against Madrid in the Super Cup, and started 25 of the 26 games he played in the second half of last season. Instead, with more competition, he has lost weight and that has eroded his confidence. This course is only in the lineups in just over a third of the games he plays (8 of 20). While of his five goals, three have been against Viktoria Pilsen (5-1 and 2-4). Instead, he wears the same yellows as targets, a poor balance for a striker because it means he often goes unnoticed.

The Valencian has already played more for Barcelona (46) than he did for Manchester City (43), but on the other hand, he has better scoring and efficiency records than a citizen (16) than a blaugrana (12). Ferran Torres defends that you should not judge him by the goals, since he is a winger, but he does not stand out either due to his imbalance in one against one. In the League he has 13 dribbles in 15 games, with 50% success when he faces. Without the forcefulness in the definition that Xavi Hernández demands in the final meters, in the end his best contribution is the combination and sacrifice. A syndrome similar to the one that happened to Antoine Griezmann, a player who in the end had to return to his origins (Atlético) and reinvent himself on the field as a midfielder and builder of the game.

With Torres, who has a good ratio of one goal every 167 minutes, it happens that while he looks crossed and stubborn, his teammates seem more fluid and less stressed. The errors weigh on him and the substitutions make his little idyll with the goal more evident. It is not the first that happens to him that his colleagues leave him bad.

On Wednesday in Alicante he left his place with Raphinha 1-1 and the Brazilian made it 2-3 and gave the assist in the final 3-4 in extra time. Something similar happened in El Sadar when the Brazilian, who came on for him, gave the three points (1-2). In Cádiz it was Dembélé who rounded off the work (0-4) and in San Sebastián the team went into combustion with Ansu Fati, author of the 1-4.

It was also surprising that in the World Cup he was substituted in the round of 16 against Morocco with 0-0 when Spain needed to score to avoid reaching penalties. However, in the sports city everyone is on his side. It is still early. It should not be forgotten that he has had fewer opportunities than Alcácer, Arda or Larsson, among others. Lewandowski's three-game suspension in the League could serve as a turning point for him to get out of the shell he has gotten into.