After firing multiple missiles into the waters around Taiwan, four of which first flew over the island's capital, Taipei; Beijing continued this Friday showing off its military muscle in response to the visit of the president of the United States House of Representatives, Nancy Pelosi, to the island this week, against whom she has announced sanctions. 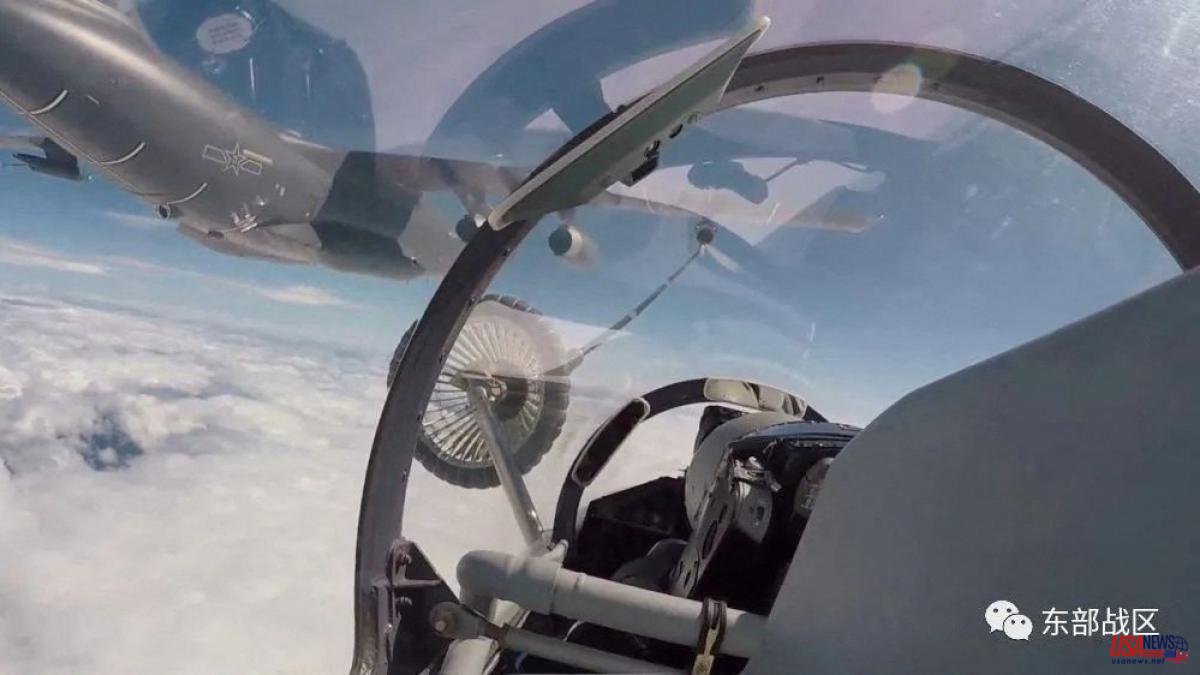 After firing multiple missiles into the waters around Taiwan, four of which first flew over the island's capital, Taipei; Beijing continued this Friday showing off its military muscle in response to the visit of the president of the United States House of Representatives, Nancy Pelosi, to the island this week, against whom she has announced sanctions. On this second day of military exercises, China flew 20 military planes and sailed 10 navy ships over the middle line of the Formosa Strait that Taiwan considers its security zone, according to a Taipei source close to the matter, while they continued

The Taiwanese Defense Ministry, which called the actions "strong provocation", sent planes and ships and deployed land-based missile systems to monitor the situation around the island. It is an action-reaction dance between China and Taiwan that is repeated from Wednesday afternoon.

The military portfolio reported in a statement released by the official CNA agency that at 11:00 local time "several" Chinese planes and ships were sighted in waters near Taiwan, some of them "crossing the median line." The Taiwanese Ministry already denounced yesterday, Thursday, that 22 Chinese military planes crossed the median line on that day. This division functions as an unofficial but tacitly respected border for China and Taiwan, which are experiencing one of their most tense moments after Pelosi's visit, to which Beijing warned that it would respond forcefully.

The movements of the Chinese Army are part of the military maneuvers that the PLA has been carrying out since yesterday and until next Sunday around Taiwan as a result of the US official's trip, and which have so far included live fire and the launch of long-range missiles. scope. These are the largest military exercises that China carries out around the island.

In response to the "highly provocative" Chinese maneuvers, the Taiwanese Army assured that it would increase its capacity and preparation to safeguard the island's sovereignty "without escalating tensions or provoking conflicts that could lead to war." US Secretary of State Antony Blinken declared on Friday from Phnom Penh that China's reaction to Pelosi's visit was "flagrantly provocative", for which he asked that the "significant escalation" of the scheduled military exercises be reduced until on Sunday.

Pelosi, who is currently in Japan, told reporters that Beijing could not isolate Taiwan by preventing Western officials from traveling there. "This visit is not about me, it's about Taiwan," he said. Meanwhile, the Chinese Foreign Ministry announced sanctions against the third American authority and his direct relatives for "ignoring the concern and firm opposition" of China to his trip and for "undermining the sovereignty and territorial integrity" of the Asian country, as well as "threatening peace and stability in the Strait". Likewise, the Xi Jinping government announced the suspension of the dialogue with the United States on climate change, military relations or anti-drug efforts.

For his part, the Russian Foreign Minister, Sergei Lavrov, called this Friday to react to the violations of the principle of sovereignty by the United States, in a meeting in Phnom Penh with his Chinese colleague, Wang Yi, on the margins of the meeting. from the Association of Southeast Asian Nations, where Blinken also attended. The Russian minister accused Washington of trying to "impose its rule" in different corners of the world and compared Ukraine to Taiwan.

Yesterday's exercises, which involved the closure of air and sea space in six areas around the island, included target practice with all kinds of long-range missiles. Beijing has also deployed 100 military aircraft including fighters and bombers and more than 10 destroyers and frigates, according to China's official Xinhua news agency. This is the first time that Chinese missiles have flown over the island, the last time that there were similar launches was during the third crisis of the Strait between 1995 and 1997. The projectiles crossed an air space within the range of the Patriot missiles, an anti-missile system ground -air supplied by the United States, according to the professor of the University of National Defense affiliated with the Chinese army, Meng Xiangqing, in the Chinese state broadcaster CCTV.

The president of Taiwan, Tsai Ing Wen, described in the last hours the Chinese maneuvers as an "irresponsible act" that fuels tensions in the Indo-Pacific, demanded restraint from Beijing and asked for the support of the international community. She also said that Taiwan will not contribute to the escalation of tensions but will defend its sovereignty.

China, which described Pelosi's visit as a "farce" and "deplorable betrayal", claims sovereignty over the island and considers Taiwan a rebellious province since the Kuomintang nationalists withdrew there in 1949, after losing the civil war against the communists