David Cronenberg: "Human beings have an incredible impulse to destroy" 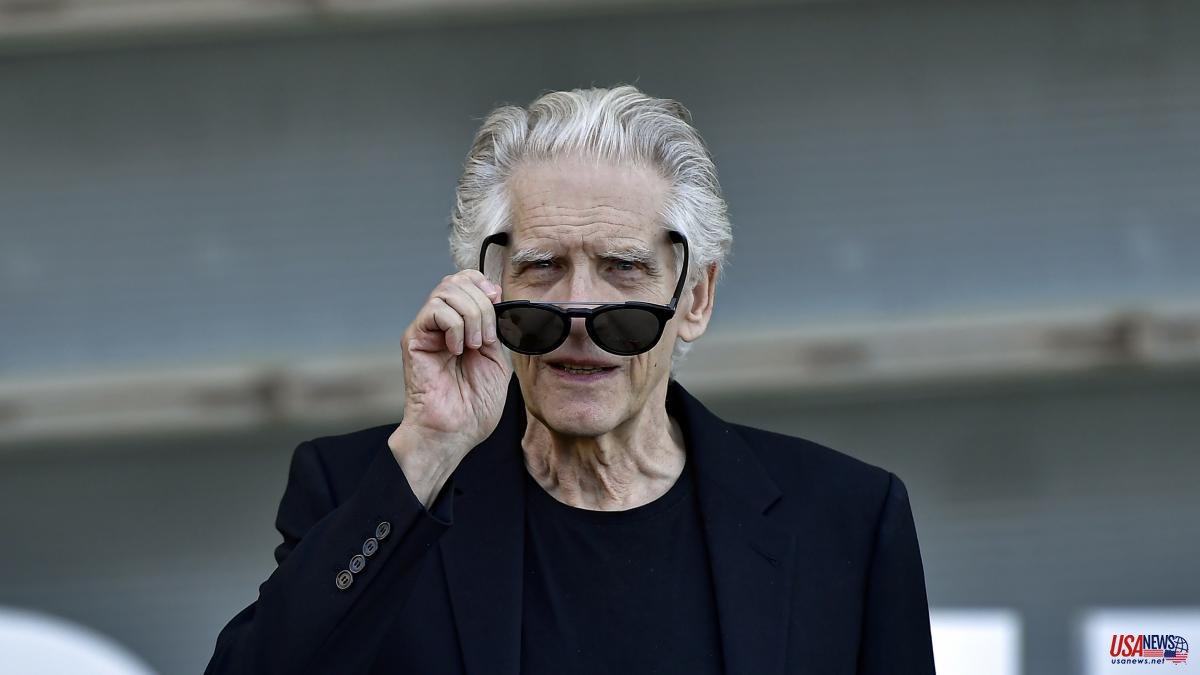 David Cronenberg, 79, recently had cataract surgery and wears a hearing aid. "Now I'm bionic, that's why I'm the future," the Canadian director joked during a packed press conference at the San Sebastian festival before receiving the Donostia Award for his entire career tonight.

After the gala at the Victoria Eugenia theater, his latest work, Crimes of the Future, starring Viggo Mortensen, Léa Seydoux and Kristen Stewart, his return to the 'new flesh' with which he competed at the last Cannes Festival, will be screened.

With more than 50 years of career, this key figure of a disturbing cinema that moves between science fiction, terror and psychological drama full of conceptual and visual ideas, Cronenberg has thanked the recognition granted by the contest directed by José Luis Rebordinos. "It is an honor to be recognized here. Before, if you were given an award for your career, you saw it as an invitation to stop making films, but now I see it as a push to continue in the future."

Cinema was never a vocation. "My father was a writer and I thought I would be a novelist when I was young. At 20 I published my first novel. The truth is that I was kidnapped by the cinema," said the director of titles such as The Fly or Inseparable. In 2014 he published the book Consumidos, about two journalists who get into a murky adventure.

He wrote the script for Crimes of the Future two decades ago and it has taken him a long time to carry out this dystopia that takes us to a synthetic world where the human being has stopped feeling pain and surgery has become the new sex. "I thought I would never be creative again because I hadn't made a movie in eight years. I think if I wrote a script that couldn't be produced I would probably turn it into a novel. I'll definitely end up writing another novel. Writing is still a basic drive for me. ", he confessed.

Regarding Viggo Mortensen, an actor with whom he has also collaborated in A History of Violence, Eastern Promises and A Dangerous Method, he states that "we are in love with each other. We are great friends and I think he is an excellent actor", although "I don't You can always have a role for the actor you admire."

Asked why he takes the viewer to the limit with his films, Cronenberg recalled that Hitchcock thought that the public was like a puppet that he could manipulate, "and I don't see it that way, I experience what I create and it's like a creative journey in which I then invite the public to see. I'm the one who pushes myself to the limit."

For the filmmaker, who shot a short film about his death last year, "nothing is difficult in terms of challenges" and about the issue raised by his new film and whether he trusts that the destruction that we are turning into our planet, assumes that "I have my concerns about success in fixing everything we've thrown into the world. We have the insanity of the Ukraine war and climate change. We humans have an incredible drive to destroy, so we don't I'm too optimistic."

Cronenberg admits that access to digital technology has always interested him, "You can make movies on mobile phones and I like being able to play with this. In fact, some moments in Crimes of the Future were shot on an iPhone and that fascinates me." He maintains that he cannot give useful advice to young directors "because times have changed a lot and I do not have enough wisdom. Of course, I would say that you have to be strong and accept your limitations. Know if you have talent or not and you have to be willing to suffer".

He insists that his job as a director is not to "be a prophet" and therefore rejects "trying to predict the future" with his films. "When I do a new job I am not preaching, this is not a religion nor do I try to warn people that things are going to happen. We artists simply have more sensitive antennas and we find ourselves with destabilizing things, which end up in the film and a viewer reacts to them", he clarified.

Regarding art, he emphasizes that "it has to be criminal, because civilization is oppression in Freudian terms: certain impulses have been oppressed not to murder or rape. And for art, the unconscious is appealing, exploring those hidden and forbidden things that need understand each other. The attraction of cinema has always been the forbidden".