Art, geography and memory by the hand of Spanish artist Cristina Iglesias

Cristina Iglesias, born in 1956 in San Sebastián, inaugurates a temporary sculpture project in Manhattan that will be installed until December. 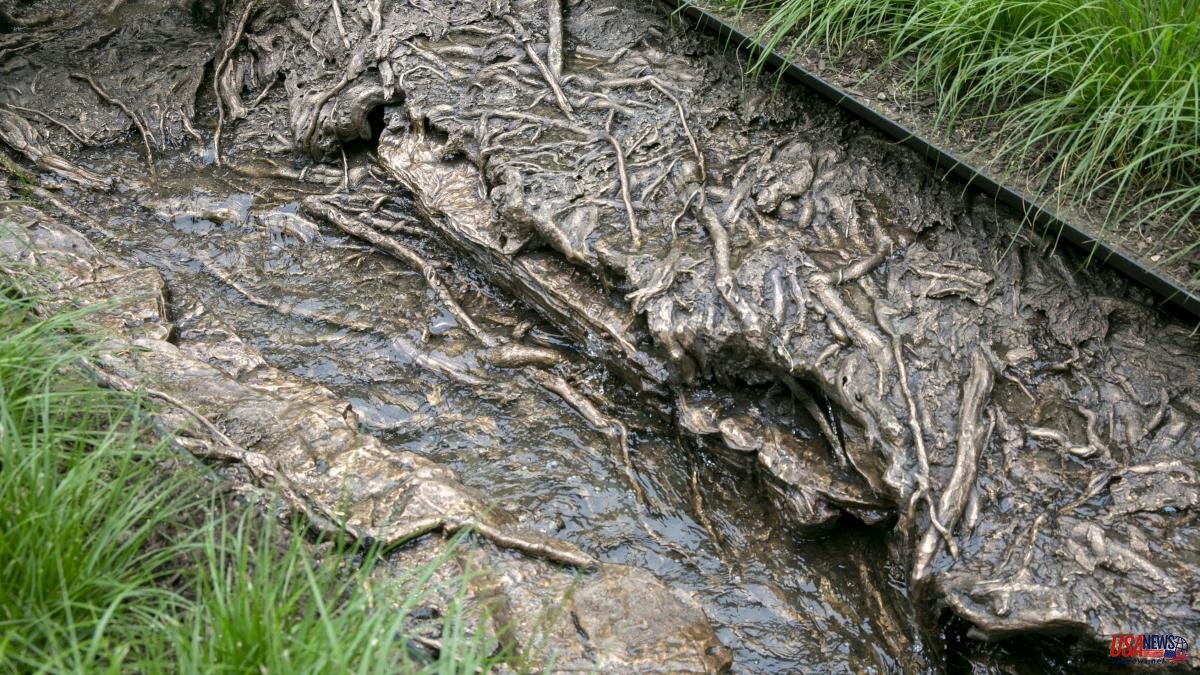 Cristina Iglesias, born in 1956 in San Sebastián, inaugurates a temporary sculpture project in Manhattan that will be installed until December. Her work is distributed in several museums and parks around the world and she has exhibited at the Venice Biennale, at the Universal Exhibition of Seville in 1992 and was awarded the National Prize for Plastic Arts in 1999.

On this occasion, Iglesias presents a work made up of five bronze sculptures that resemble excavations and uncover the bed of a stream (El Cedar Creek or Cedar Creek), which passed through Madison Square Park but has now been buried under Earth. These little “pools” feature carefully sculpted roots and branches and a hydraulic system that allows for a surprisingly natural and authentic flow of water. “The Ceddar Creek is part of the memory of Manhattan. That is why my work, Landscape and Memory, refers to it. We build landscape and we build memory”, explains Iglesias.

"The work began in my studio in Madrid and traveled by ship to New York," explains the artist, adding that part of the piece had to be done in the same park, since it involved excavating the places where they were installed. The pieces. "It also has a landscape component that is a special grass that grows taller than the rest and that connects each element forming the outline of the river."

Madison Square Park, in the center of the Big Apple, is a green oasis surrounded by huge skyscrapers and large shopping malls. Covering some 2.5 hectares, it is located at the intersection of Fifth Avenue with the mythical Broadway street, known for being the epicenter of American theater. To the south, the well-known Flatiron building; to the north, the Empire State Building. Its location in the heart of Manhattan transforms it into an enclave where New Yorkers can walk, sunbathe or play sports, forgetting for a moment the maelstrom of the big city. Iglesias's work invites interns not to look up, but to look down and value what lies below the surface, to pause." The artist explains: “The work is a metaphor for that latent world in the subsoil, which throbs all over the planet”.

The work is part of a set of pieces in which the artist explores the water tables of the places where they are exhibited. An example of this is The lithosphere, the roots, the water, located at the entrance of the Museum of Fine Arts in Houston or Forgotten Streams, at the headquarters of Bloomerg in the financial city of London.

The exhibition ends in December 2022, after which the work will be installed in two other parks in the United States.