OTTAWA—Canada’s immigration minister says he’s not yet convinced a recent increase in the number of asylum seekers crossing the border illegally from the United States constitutes a growing trend, despite concerns raised by Manitoba that... 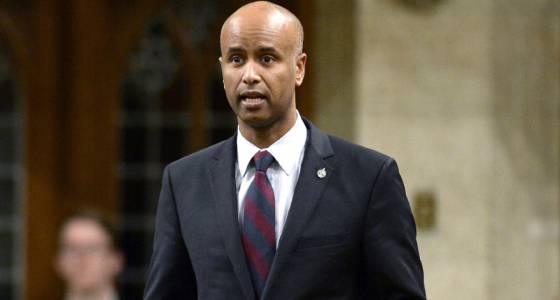 OTTAWA—Canada’s immigration minister says he’s not yet convinced a recent increase in the number of asylum seekers crossing the border illegally from the United States constitutes a growing trend, despite concerns raised by Manitoba that the situation may be getting out of hand.

In the days and weeks that followed a move by President Donald Trump to ban travellers from seven Muslim-majority entering the U.S., Canada has seen an increase in the number of refugee claimants walking across the border to request asylum.

Manitoba Premier Brian Pallister has expressed worries that those numbers could rise further as the weather becomes warmer, and has called on Ottawa to provide more help in dealing with the influx.

In an interview with CTV’s Question Period, Immigration Minister Ahmed Hussen said, for now, Ottawa is monitoring the situation, but added it’s still too early to say whether even more asylum seekers will continue walking over Canada’s doorstep.

Public Safety Minister Ralph Goodale, meanwhile, says officials are analyzing the influx, and that most of the asylum seekers intended to eventually end up in Canada, rather than the United States.

But in an interview with Global’s The West Block, Goodale couldn’t say why people are choosing to cross illegally from the U.S. if their goal was always to end up on Canadian soil.