Why don't the polls match?

The polls tend to be more correct than what is being publicly admitted. 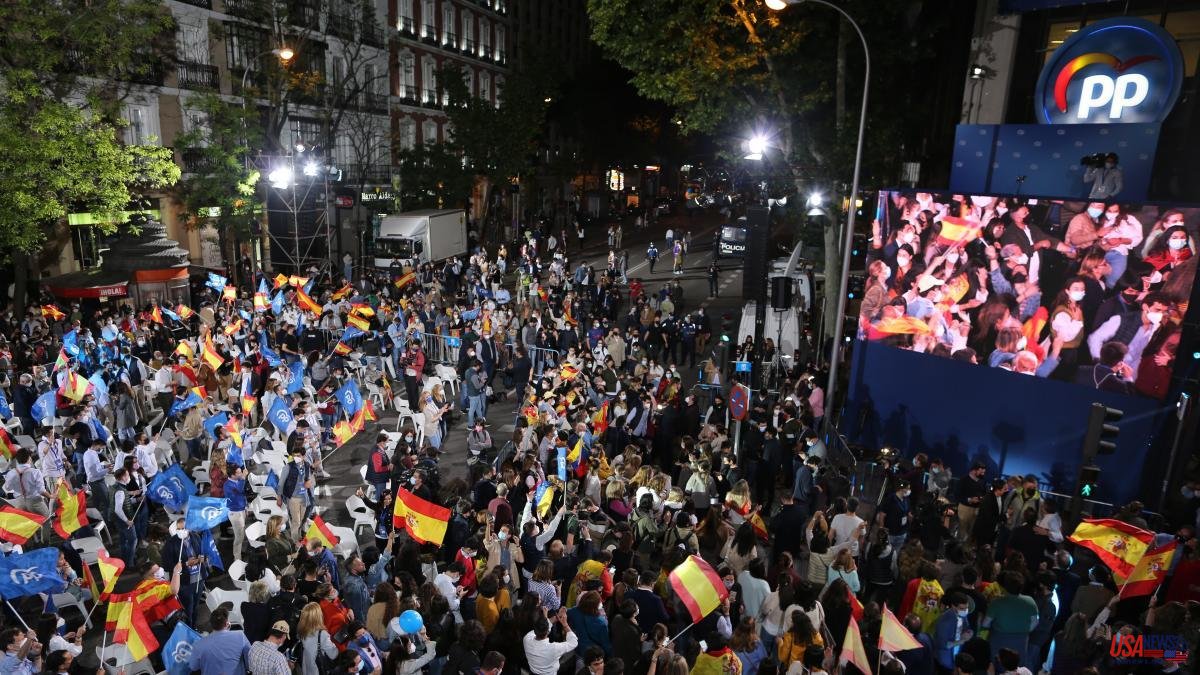 The polls tend to be more correct than what is being publicly admitted. Italy would be the latest example. But in the Spanish case, many surveys seem to have been carried out in another country. The CIS, for example, usually gives a relative majority to the left as a whole (PSOE, Podemos and Más País), while private institutes give a majority to the right (PP, Vox and Ciudadanos). And even among the surveys carried out by private firms, there are considerable dissonances regarding the forecast: while many of them grant an absolute majority to the conservative bloc, some others only place it in a relative majority of variable magnitudes.

The projection of seats that appears in the attached graph represents a fairly complete sample of the range of possibilities offered by the numerous polls published in Spain. On the one hand, the last five barometers of the CIS reflect the evolution of demographic expectations since the spring: takeoff of the PP, which would have added up to 170 seats with the extreme right last May (very close to the absolute majority), but whose Sustained rise could lead him to die of success, since it would be nourished by a considerable emptying of Vox's electoral space. And the result of this would be that the collapse of the ultras in the calculation of seats would distance the conservative bloc from the absolute majority it needs to govern.

The problem with the CIS surveys is that, sometimes, they draw an unviable block correlation. The September barometer, for example, gave slightly more than 41% of the votes to the group of the center and the right, while in the last general elections the sum of Partido Popular, Vox and Cs exceeded 43%. And the Conservative vote has never fallen below that percentage in the last decade. In fact, in the 2016 elections it added 46.5%.

As for the surveys carried out by private institutes, their weak point would also be the correlation of blocks that draw in some cases and that take up to 50% of the vote to the right. The poll that subtracts the lowest electoral quota from the left as a whole would leave the PSOE, Podemos and Más País with two points less (41%) than in 2019. However, in general these polls place the progressive bloc below 40% of the suffrage and some of them attribute a drop of almost seven points in relation to the last elections. These figures represent, therefore, a collapse of the left that has only been registered once historically: in the 2011 elections.

However, the vote transfers that reflect the set of polls support the reflux of the leftist bloc, either through a transfer of ballots to the PP (which would be close to 10% of the socialist suffrage), or as a result of the apathy and demobilization of the progressive voter. The CIS's own voting indicators confirm a certain transfer from the PSOE to the Popular Party and detect a greater demobilization of the left, in addition to a higher percentage of undecided voters among that sign.

But this dynamic is accentuated in the case of private studies. The estimated advantage of the popular over the socialists moves between two and eight points in these polls. And the translation in seats oscillates between a margin of 17 and an advantage of 46 in favor of the PP. And the truth is that the raw data of some of these polls, with advantages of the popular ones of more than seven points in declared intention to vote, seem to fully support their estimates.

In the end, as in gastronomy, the secret of the result is in the product (the sample) and in the kitchen (the estimate), but the voter will have the last word.