This is how the language of comics works

How does the language of comics work? What is it that allows a series of still images (the vignettes) to produce an understandable story for the reader? In 1999, one of the world's most prestigious comic critics, the Belgian Thierry Groensteen, set out to answer this question in a theoretical book that has since become an unavoidable reference for anyone wishing to understand the language of comics. 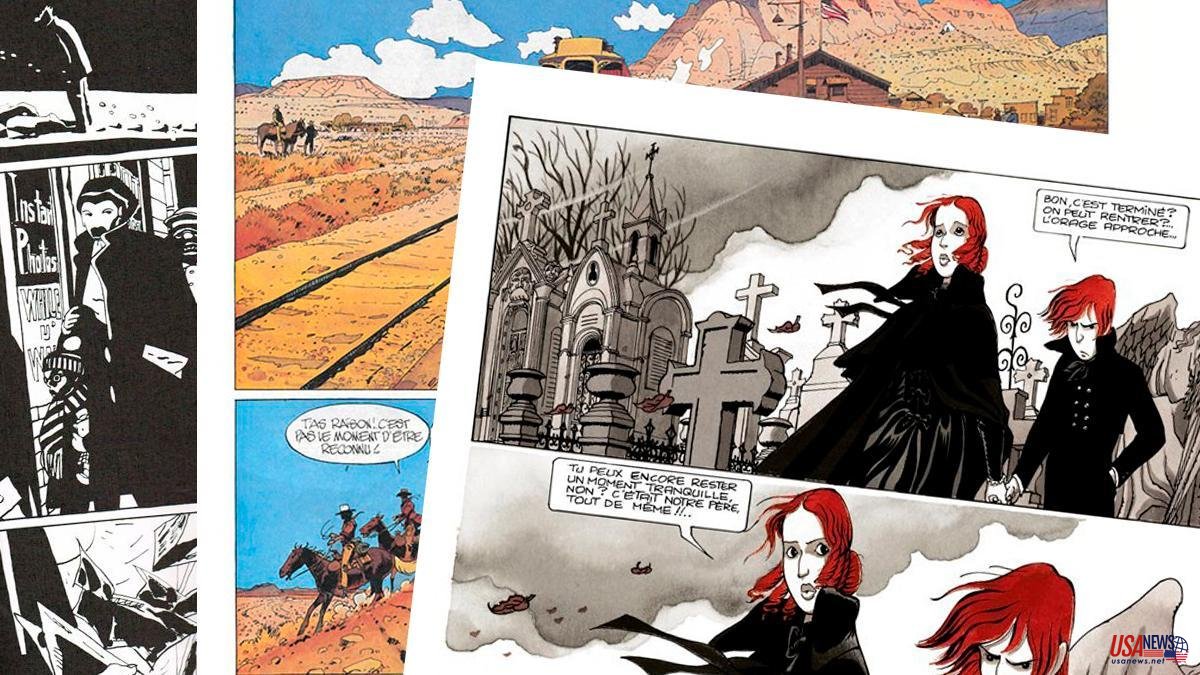 How does the language of comics work? What is it that allows a series of still images (the vignettes) to produce an understandable story for the reader? In 1999, one of the world's most prestigious comic critics, the Belgian Thierry Groensteen, set out to answer this question in a theoretical book that has since become an unavoidable reference for anyone wishing to understand the language of comics. The work is finally translated into Spanish with the title of Comic Strip System thanks to the editorial efforts of Ediciones Marmotilla.

Comic System is based on the doctoral thesis held by Groensteen himself in 1996. That thesis was the basis of this book, which gives the measure of the tone used, which is ambitious and sometimes dense (as all rigorous and dense work should be). this is), but above all it is exciting because the author manages to lay the foundations for a truly innovative and stimulating reflection on the medium and on the mechanisms that produce meaning. Reading him gives the reader new tools to understand the comic. A speech that is supported by the analysis of 20 pages of comics by authors such as Hergé, Giraud, Muñoz or Federico del Barrio, which make up a good example of the practical application of this theory.

Groensteen proposes a theory inspired by macrosemiotics, because unlike previous works based on semiotics, it does not take into consideration units of meaning smaller than the vignette. In his opinion, the main interest of the language of comics is in the articulation of the vignettes in the scope of a page or a series of pages. Some vignettes that are related to each other thanks to the principle of “iconic solidarity”, which according to him constitutes the founding principle of all comics. In other words, what produces the meaning of a comic is not a specific vignette but the way in which they are linked.

To refer to these relationships between images, he uses the concept of arthrology, which comes from the Greek name of articulation. Groensteen emphasizes that these relationships between vignettes take place in a space (because each vignette has certain dimensions) and that they are located in a certain place (because each vignette occupies a position on the page or in the book). The latter leads him to propose another essential term in his discourse: the space-topia, which combines the concepts of space and place.

Groensteen's thought derives, essentially, from Francophone theoretical contributions. Thinkers who have elaborated the theory of it focusing on the comic medium, from the nineteenth-century Rodolphe Töpffer to Benoît Peeters. However, one of the virtues of Groensteen is that of welcoming proposals initially launched for other fields such as literature, narratology or cinema, and in that category are the reflections of Christian Metz, Todorov or Paul Ricoeur and, of course, of the semiotics of Barthes or Umberto Eco. Comic System recovers some of these contributions and relocates them within the framework of a specific analysis for the comic.

Contributions such as those of Scott McCloud in Understanding comics are left out, or practically out. The invisible art or those of Will Eisner in The comic and the sequential art, which are perhaps the most popular comic theory books for the Spanish reader, but which are far from the approaches of Groensteen, who has continued to develop his theory in two more books: Bande dessinée et narration (in which he addresses issues such as abstract comics and the rise of the graphic novel) and La bande dessinée et le temps (focused on the representation of temporality).

The publication of Comic Strip System comes to fill an unjustifiable gap in the theoretical bibliography of this medium in our country. An essential book to understand how the language of comics works.