They discover the first evidence of the domestication of the olive tree, 7,000 years ago

The olive tree (Olea europaea) is one of the best known and most appreciated trees in the world. 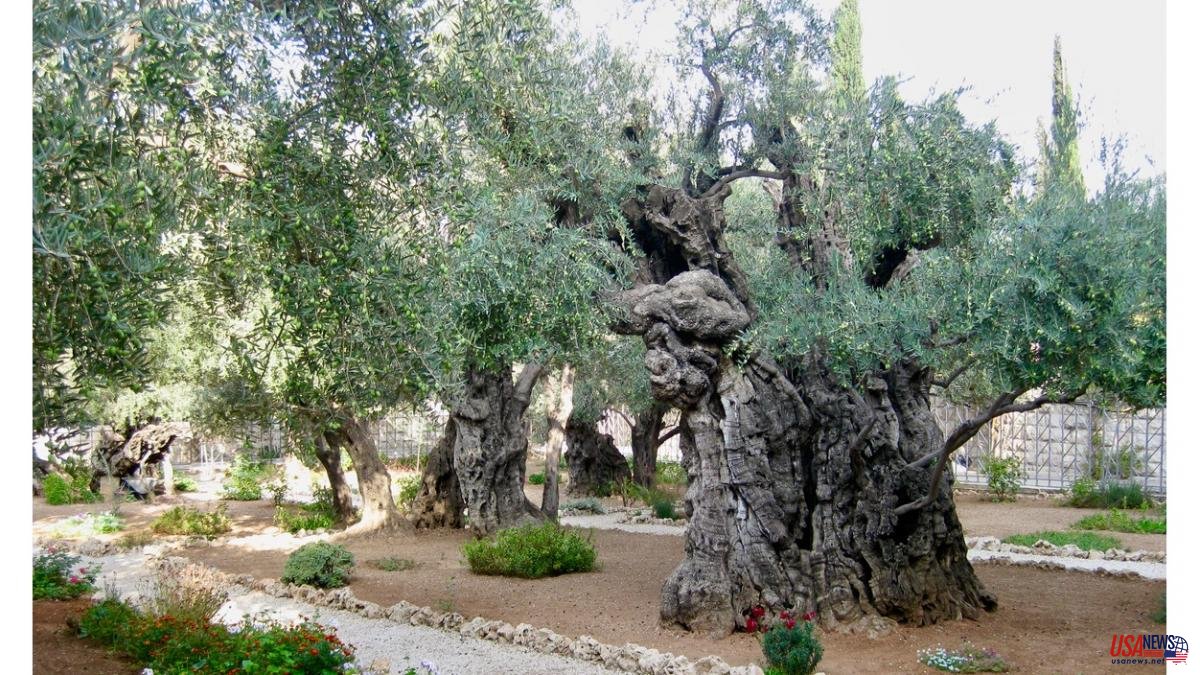 The olive tree (Olea europaea) is one of the best known and most appreciated trees in the world. There are fossil records of wild olive leaves from the Pliocene (approximately between 3 and 4 million years ago) and some studies have suggested the possibility that the cultivation of this tree by humans already has a history of some 15,000 years.

A study by the archaeologist Dafna Langgut, from Tel Aviv University (Israel), and the professor of prehistoric archeology Yosef Garfinkel, from the Hebrew University in Jerusalem (Israel), now provides new data on the oldest intentional plantations known of this food-utility tree.

Langgut and Garfinkel analyzed charcoal remains from the Tel Zaf (Tel Tsaf) site in the central Jordan Valley, about 7,000 years old, and determined that they came from specimens of Olea europaea. The authors consider it proven that the olive tree did not grow naturally at that time in the central region of the Jordan Valley and deduce that its inhabitants or settlers intentionally planted the tree in the Chalcolithic or Copper Age. The results of this research have been published in the journal Scientific Reports (online version May 6).

The charcoal remains were found in the archaeological excavation led by Professor Yosef Garfinkel and analyzed in detail by Dafna Langgut, director of the Laboratory of Archaeobotany and Ancient Environments, specialized in microscopic identification of plant remains.

"Trees, even when burned to charcoal, can be identified by their anatomical structure. Wood was the plastic [most widely used material] in the ancient world. It was used for construction, to make tools and furniture, and as a source of energy." Therefore, identifying the remains of trees found in archaeological sites, such as charcoal from chimneys, is key to understanding what types of trees were growing, in the natural environment of the time, and when humans began to cultivate fruit trees" , Professor Langgut explains in a note released by her university.

The laboratory of this archaeologist identified the Tel Zaf charcoal as belonging to olive and fig trees. "Olive trees grow wild in various areas of present-day Israel, but they do not grow in the Jordan Valley," details this expert. "This means that someone brought them there intentionally - they brought the knowledge and the plant itself to a place that is outside its natural habitat - in archaeobotany this is considered indisputable proof of domestication, which means we have the earliest evidence here of the domestication of the olive tree in any part of the world", details Langgut.

Professor Yosef Garfinkel explains that "Tel Zaf was a large prehistoric village in the middle of the Jordan Valley south of Beit She'an, inhabited between 7,200 and 6,700 years ago. Large courtyard houses were discovered on the site, each with several barns to store crops.The storage capacities were up to 20 times greater than the calorie consumption of a single family, so clearly these were hiding places to store great wealth.

The wealth of the town was manifested in the production of elaborate pottery, painted with remarkable skill. "We also found in this location items brought from afar: pottery from the Ubaid culture of Mesopotamia, obsidian from Anatolia, a copper punch from the Caucasus, and more ", explains Professor Garfinkel.

The authors of the study consider that Tel Zaf was one of the first towns in the world to cultivate olive and fig trees intentionally, and that cultivating fruit trees is evidence of advancement in human civilization.

"The domestication of fruit trees is a process that takes many years and therefore suits a society of abundance, rather than one that struggles to survive. Trees bear fruit only 3 or 4 years after being planted Since fruit groves require a substantial initial investment and then live for a long time, they are of great economic and social importance in terms of land ownership and legacy to future generations, procedures that suggest the beginnings of a complex society, Langgut explains.

The authors deduce that the residents of Tel Zaf traded in products derived from fruit trees, such as olives, olive oil and dried figs, which have a long shelf life. Such products may have enabled long-distance trade that led to the accumulation of material wealth and possibly even taxes, initial steps in turning the locals into a society with a socioeconomic hierarchy supported by an administrative system.