The hour of weak leadership in Europe

To work in European politics, a highly recommended quality is optimism, that asset that many used yesterday in Brussels to assess the consequences of the electoral debacle suffered by French President Emmanuel Macron on Sunday. 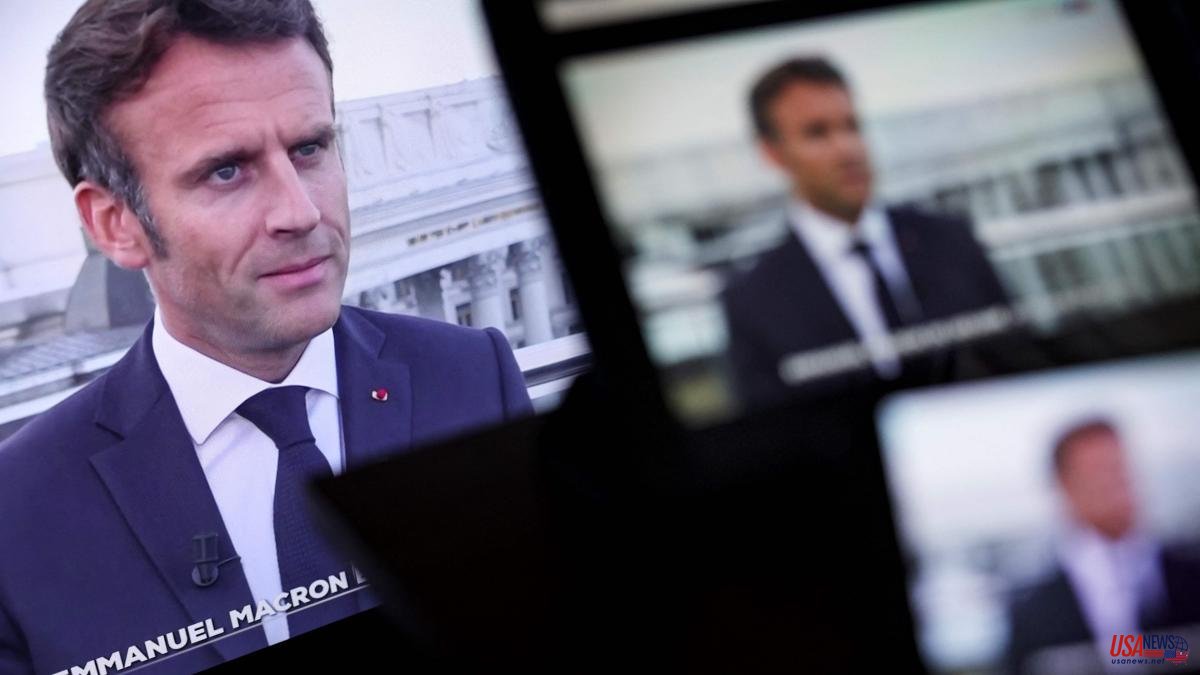 To work in European politics, a highly recommended quality is optimism, that asset that many used yesterday in Brussels to assess the consequences of the electoral debacle suffered by French President Emmanuel Macron on Sunday.

“It could have been worse”, it oozes after the conversations with various European sources, which nevertheless warn of the delicate moment that the European leadership is going through precisely now that the Union is talking about reinforcing its defense policy and trying to reduce its energy dependence on Russia, by At the same time that governments are beginning to notice in the streets and at the polls the pain that inflation causes citizens.

The severe corrective meted out by French voters to Macron two months after re-electing him as President of the Republic leads him to negotiate with two blocs with marked Eurosceptic and even Europhobic accents, both on the extreme right of Marine Le Pen, and on the left of Jean-Luc Mélenchon, a scenario that is not conducive to promoting major reforms or projects, which may leave him less room for European action.

"It is not the best result for Brussels but it is not the worst either," says a senior European official, alluding to the possibility that the left-wing coalition led by the eurosceptic Mélenchon or Le Pen's party would have a blocking minority in Parliament. In Brussels they do the math and, optimistically, they trust that the vote of the 31 socialist deputies and the 61 seats of the Republicans in the "major issues". “European foreign policy is in the hands of the Elysee”, recalls Sophie Pornschlegel, an analyst at the European Policy Center in Brussels.

"The result is worse than Macron expected but better than it could have been, because it continues to leave him a certain comfort at the foreign policy level and allows him to continue that leadership that he is having in the EU right now," says Camino Mortera, head of the Brussels office of the British think tank Center for European Reform, who anticipates problems in addressing the European green agenda in the National Assembly.

The touch on Macron comes at a time of weakness in other capitals. "Olaf Scholz has lost many points and a lot of political capital in recent months and it is clear that he cannot play the role expected of a new German chancellor," says this analyst, who evokes the traditional political instability in Italy and the possibility of a financial crisis as factors that make it difficult for his prime minister, Mario Draghi, to exercise strong leadership.

“Then we have Spain, which is again missing in combat, it is not very clear why and it is not known what its position is on important issues,” continues Mortera the same day that Brussels had breakfast with the daily Politico bulletin reporting that historical The PP's victory in Andalusia led Pedro Sánchez to call early elections.

Pornschlegel warns against “alarmist analyses” and emphasizes the fact that there are “no destructive forces for the EU in any of its big countries, everyone understands the importance of a strong EU in the current context of uncertainty”. This scenario, added to the "pragmatic leadership" of Ursula Von der Leyen, president of the European Commission, will lead to "a Paris-Brussels tandem," says Mortera. "Macron is too big to fail", agrees the aforementioned European position using the expression with which certain banks were defined during the financial crisis. "Brussels and Berlin will support him".