The Ferris wheel and the new rush

The new effort test of the independence movement was successfully passed: attendance at yesterday's demonstration was higher than last year's (marked by the pandemic) although below the most critical years of the procés; in any case, many people, take the figures from the Guardia Urbana or those from the ANC. 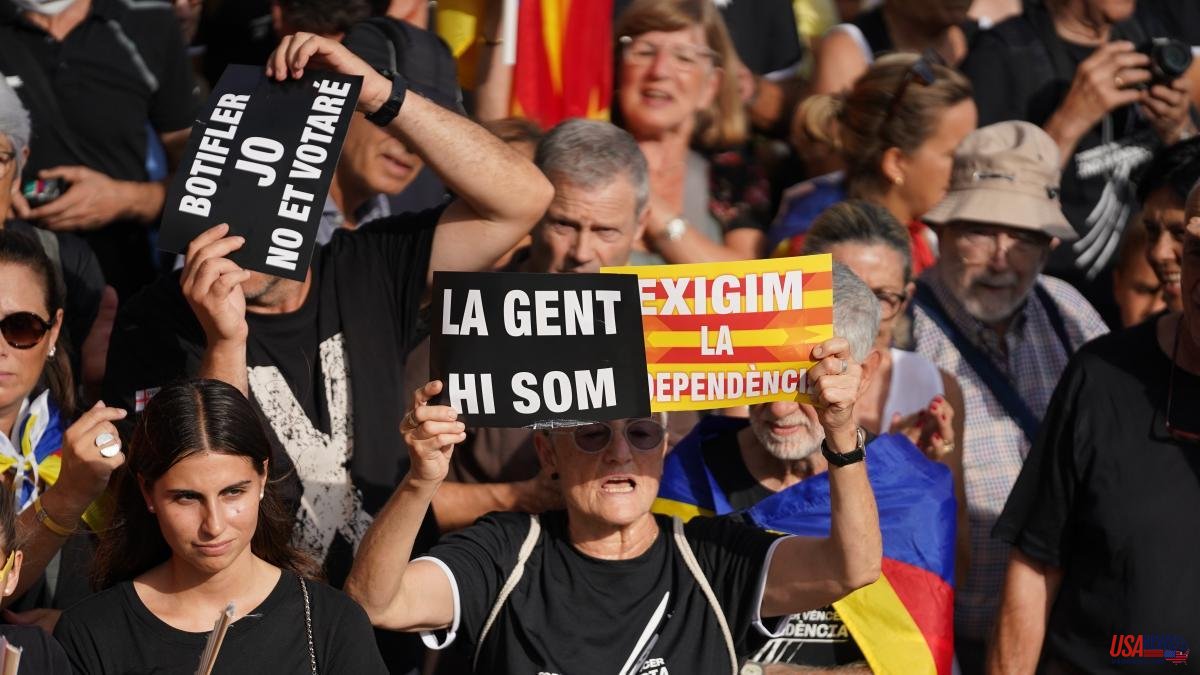 The new effort test of the independence movement was successfully passed: attendance at yesterday's demonstration was higher than last year's (marked by the pandemic) although below the most critical years of the procés; in any case, many people, take the figures from the Guardia Urbana or those from the ANC. The first finding of the Onze de Setembre of 2022 is clear: ten years after the first great demonstration of the procés, the pro-independence bases maintain an enormous capacity for mobilization. Beyond and beyond the ANC manifesto, the voters of the pro-independence parties have come once again.

The second finding is problematic: the strategic and discursive division of the independence bloc has become more acute. Not only because the ERC leaders have distanced themselves from the ANC call, but also because the words of the president of this entity, Dolors Feliu, have little to do with the words of the president of Òmnium, Xavier Antich, who in the act of the morning said that "we will never give in to the populist temptation of anti-politics."

Both entities put pressure on parties and institutions, but they do it in a very different way. Behind the banner at the head of the demonstration, another could be read with the following inscription: "Traïdors, we will not return to vote." Also, a group went on stage to display a banner that read: “Botiflers, la història us jutjarà”. The term "botifler" proliferated in various materials that were distributed. The third finding derives from this rarefied climate: part of the frustration and impotence of the movement is transformed into a signaling of the hypothetical internal enemy, with attacks that were previously dedicated only to the centralist parties. The vigilantes of a supposed orthodoxy have buried "the revolution of the somriures" and see enemies in every corner.

The fourth finding is not exactly new: the peaceful annual mobilization of people who want a Catalan state has a difficult and messy political translation (especially when there is no shared strategy), which reinforces the feeling that, after 1-O , the independence movement goes in circles, going nowhere, tied to a treadmill like a mule or an ox. Antich explains it as follows: “This cycle is exhausted, a new one must be opened”. Feliu, on the other hand, is blunt: "Make independence or call elections." The ultimatum of the ANC to the Govern Aragonès has an aftertaste of disturbing déjà vu: the return to haste as the axis of the pro-independence policy. "Let's do it and let's do it soon," Feliu repeated, as if the correlation of forces, social support and objective conditions were more favorable to independence today than in 2017.

Finally, the fifth finding points to stagnation. A few months after the municipal ones and in a climate of social crisis, the independence movement dedicates all its energies to internal brawls, and forgets the whole of society. That way it won't grow.