The Spanish gas network has begun to send gas to Morocco through the Maghreb Europe gas pipeline, coinciding with the start of the NATO General Assembly in Madrid and three days after the serious incidents near the Melilla fence. 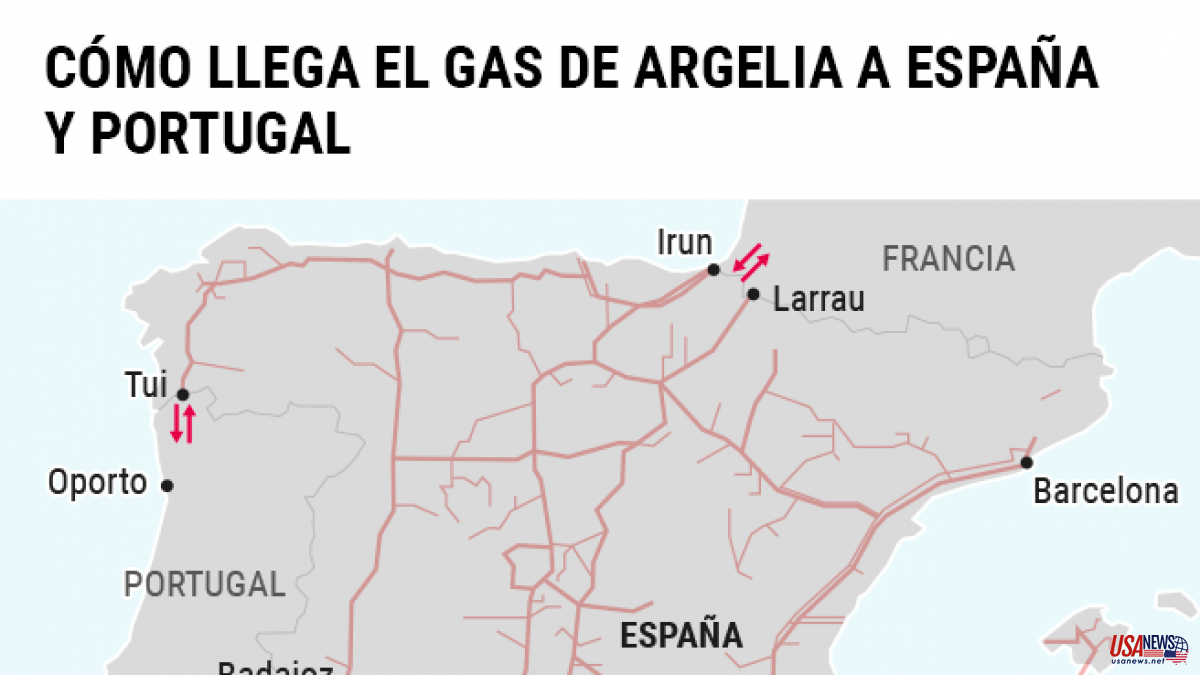 The Spanish gas network has begun to send gas to Morocco through the Maghreb Europe gas pipeline, coinciding with the start of the NATO General Assembly in Madrid and three days after the serious incidents near the Melilla fence. The issue has been carried out since yesterday afternoon through the Maghreb Europa gas pipeline, a double-tube pipeline that crosses the Strait of Gibraltar and which was closed at the initiative of Algeria last November. The commissioning of the gas pipeline in the reverse direction (north-south) is perfectly visible in the computer application of the Enagas company, which offers the main flows of the Spanish gas network in real time.

Since last November, the counter in Tarifa was at zero. This morning (Wednesday, June 29, after nine o'clock) that marker indicated an outflow of 82,886 cubic meters per hour, a figure that probably corresponds to a test emission. The Medgaz gas pipeline, currently the only connection in service with Algeria, had a fuel input in Spain of 989,150 cubic meters/hour. These pipelines directly connect Algeria with Spain through the Alborán Sea, entering the peninsular territory through Almería.

The shipment of gas from Spain to Morocco is part of the agreements for the normalization of relations between the two countries announced last March. The gas is purchased by Morocco from a foreign supplier in liquefied gas format. Transferred by ship to a Spanish regasification plant, the fuel is injected into the gas network managed by the Enagas company to travel to Morocco through the Maghreb Europe gas pipeline, which until November sent Algerian gas to Spain and Portugal, crossing Moroccan territory.

Morocco has undertaken to certify the purchase of liquefied gas from foreign suppliers to deal with the susceptibility of Algeria, which warned Spain of any temptation to resell Algerian gas to Morocco. “Not one molecule of Algerian gas for Morocco!” the Algiers authorities warned a couple of months ago.

Morocco needs the gas that it obtained as a toll from the Maghreb Europe, some one billion cubic meters per year (1 bcm), which was used to manufacture electricity at the Tahaddart (near Tangiers) and Ain Beni Mathar (in the east , near the border with Algeria). Rabat also charged an economic toll. Those compensations were subject to tense periodic reviews until Algeria decided not to renegotiate the 25-year contract that expired last fall. With this measure, they left Morocco without gas and sent a warning to Spain, which was trying to rebuild its relations with Morocco.

Since then, Algerian gas has only reached Spain through the Medgaz (direct connection that runs through the Alboran Sea), conduction of a single pipeline that cannot absorb all the fuel transported by the Maghreb Europe. Pay attention to this figure, which helps us explain a significant development in recent months: Spain is already importing more gas from the United States (liquefied gas) than from Algeria.

In November of last year, Morocco wanted to pretend that the Algerian decision did not affect it. Rabat was proudly silent, but very discreetly asked Spain for help: "We need you to send us gas."

The Maghreb Europe can work in two directions, but that cannot be resolved in two days. The compression stations must be adapted. This technical work was done silently before Morocco and Spain staged their reconciliation, last March, to the stupor and irritation of the Algerian Government at the Spanish turn on the issue of Western Sahara.

The first shipments of gas to Morocco from Spain come three days after the bloody incidents at the Melilla fence and on the eve of the opening of the NATO general assembly in Madrid.