David DePape, accused of breaking into the California home of US House Speaker Nancy Pelosi and attacking her husband with a hammer early Friday, appears to be the author of blog posts criticizing the Government, questions the results of the 2020 elections, defends former President Donald Trump and echoes the conspiracy theories of the far-right group QAnon. 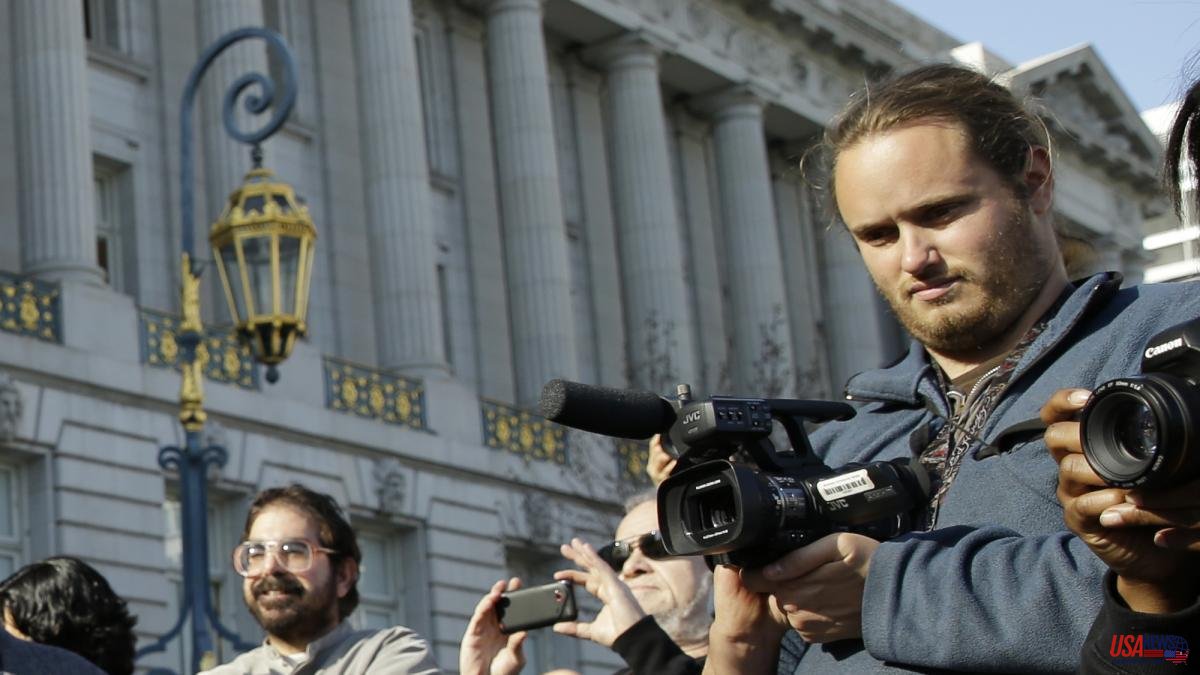 David DePape, accused of breaking into the California home of US House Speaker Nancy Pelosi and attacking her husband with a hammer early Friday, appears to be the author of blog posts criticizing the Government, questions the results of the 2020 elections, defends former President Donald Trump and echoes the conspiracy theories of the far-right group QAnon. He is also related to the nudist movement and was the partner of a 9/11 jihadist denier.

DePape, 42, in police custody after hitting 82-year-old Paul Pelosi in the skull at his San Francisco home, will be charged with attempted murder with a weapon, assault and robbery, among other crimes. He raided the residence of the third most important authority in the United States shouting "Where is Nancy?", the same as the assailants of the Capitol shouted on January 6, 2021, although the police have not yet determined the reason that led him to to carry out the attack.

DePape grew up in the Canadian town of Powell River, British Columbia, before moving to San Francisco about 20 years ago to follow an old girlfriend. Stepfather Gene DePape, who lived with him until he was 14, explained to the media that he was a quiet child: "David was never violent from what I saw and he never had any problems, although he was very lonely and played video games too much." According to him, he has not seen his stepson since 2003, despite the fact that he tried to contact him several times without success. In 2007 he called her but his girlfriend got on and hung up on her.

David DePape was known in Berkeley as an activist for nudism, who had demonstrated naked against city ordinances that prohibited this practice in public. The girlfriend he followed to California and had two children with was named Gypsy (DePape has another child with another woman).

Photos published by The San Francisco Chronicle newspaper on Friday showed DePape participating in the wedding of a certain Gypsy Taub with a dozen other people in front of San Francisco City Hall in 2013. The pro-proud activist was marrying another man and DePape was the godfather of the ceremony, as well as one of those who recorded the event.

A 2013 article in The Chronicle described David DePape as a "hemp jewelry maker" living in a Victorian apartment in Berkeley with Taub, who was hosting a talk show on local public access television called "Uncensored 9/11." " ("9/11 Uncensored"), in which she appeared nude and defending the mother of American conspiracy theories: that the 2001 terrorist attacks were "an inside job," orchestrated by the US government.

California State Senator Scott Wiener, who served as San Francisco's supervisor, told Bloomberg News that he remembered DePape as part of a group protesting the right to public nudity in 2011 and 2012. Wiener noted that most "activists who believe in public nudity" are just "regular people," but that Taub and allies like DePape were "in a whole different category," without elaborating.

According to the Bloomberg and Associated Press agencies, a dozen Internet blog domains are registered under the name of David DePape, including that of Gypsy Taub. A couple of them contained rants, some somewhat incoherent and as recent as this week, about immigration, tech giants, aliens, communists, religious minorities, transgenders, feminists, or "climate hysteria." He also promoted the theory of the network of pedophiles involving prominent Democrats, a fallacy and at the same time a totem of the extreme right-wing movement QAnon, some of whose followers stormed the Capitol.

The latest blog was packed with videos, memes, flashy cartoons, and categorized into sections with titles like "election fraud." In one of the messages published on October 17, the author supported rapper Kanye West who has been reviled by Adidas for his anti-Semitic statements: "Yes, I remember the backlash and insults when you came out to support Trump," DePape posted.

In another post he said that the Jews promoted the political rise of Hitler in Germany and that there is a Jewish plot behind the Russian invasion of Ukraine because "the more Ukrainians die unnecessarily the cheaper the country will be when the Jews buy it". Late last month he wrote that any journalist who denies Trump's presidential fraud claims "should be dragged out onto the street and executed."