Iker Bravo: "There is always that thorn of not having been able to debut with Barça" 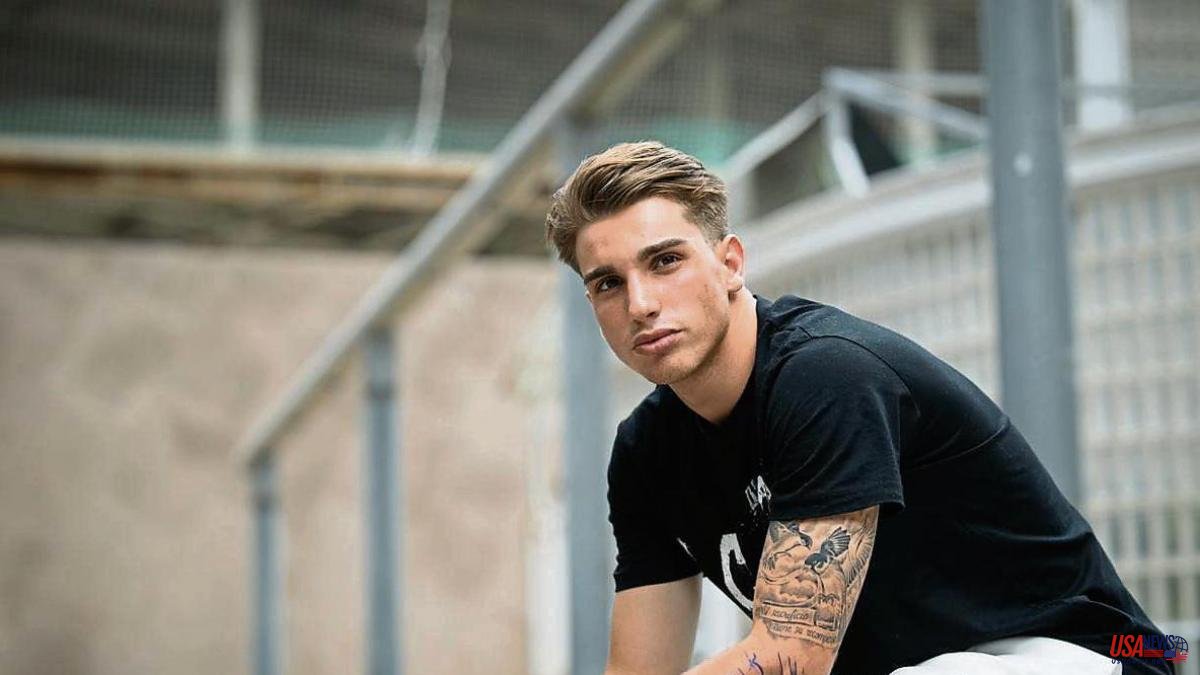 Iker Bravo (Sant Cugat del Vallès, 2005) was always a brave striker. Perhaps that is why, after 10 years with the Blaugrana, he did not hesitate to change La Masia for Bayer Leverkusen last summer in search of a better sports project. A year later he sees friends like Gavi who have shone with the Barcelona first team. But he has also made history by becoming the third-youngest debutant in Bundesliga history. And, although he dreams of returning to Spain, he recognizes that leaving him has helped him grow. "I don't regret anything," he says with a smile as he attends to La Vanguardia.

How do you define your first year in Germany?

It has been a year of learning. I have matured a lot as a person and as a footballer, and the truth is that Leverkusen has made it very easy for me.

How do you remember your debut with the Leverkusen first team?

It is a pride for me that my name is written in the history of the Bundesliga as the third youngest debutant. I remembered a lot about my mother, my family and all the people I love. That game against Hertha Berlin was special and the Cup game against Karlsruhe, too, because it was at home and my father was there.

Did you expect to debut?

No. Until the last moment there was the surprise effect. The coach (Gerardo Seoane) told me not to expect me to play. Later he called me to warm up and told me we'd see. Until the physical trainer came and told me: "Come on, put your shirt on." When I was about to leave, they told me to enjoy this moment.

What plans do you have for the coming season?

I have two more years left on my contract. I will do the preseason with the first team in June and from then on we will see. I am 17 years old, I have a long way to go.

Where do you bet more on young people, in Germany or in Spain?

I think that in Germany it is faster and the elevator works better to reach the elite. Young people are trusted more regardless of age. Here you can enjoy being in the dynamics of the first team, something that in Spain in clubs like Barça or Real Madrid is more complicated.

This year at Barça many youth squads have risen and shone. Are you sorry you missed it?

I am very happy that things are going well for Gavi, Nico or Balde. I don't feel envy. But it is true that I have that thorn, I would have liked to debut at home. But I don't think I was wrong to leave, I have learned a lot in Germany.

I have been 10 years at Barça. I have always left the doors open to being able to return.

Was it difficult for you to adapt?

I think that leaving Barça is always a difficult step because you have to get used to another type of football. In Germany it is much more physical. But more than football, what is difficult is adapting to the country and its culture. With patience you get used to everything, although the first year is difficult.

Does Lewandowski fit in at Barça?

I think he is a world crack and that this type of player adapts to any team. He is 34 years old and his experience will help him adapt quickly.

Who have you made good friends with?

I have made a lot of pineapple with Spanish-speaking players such as Piero Hincapié (Ecuador). Then there are players like Aránguiz or Bellarabi from whom I learn a lot on a day-to-day basis and also on the pitch. The one who surprised me the most is Florian Wirtz. His movements and his gestures are crack. It has always been said that he is from Barça, let's see where he ends up.

Are all German hobbies like those of Eintracht Frankfurt?

No. Eintracht's is very passionate. I saw what happened at the Camp Nou and it seemed bad to me that the Barça field was filled like this. As a club, it cannot be allowed to happen again.

Why did you leave Barça?

It was a very stressful moment for me. I was waiting for a sports proposal from the new board from March to July. I didn't go for money. When there were three days left and I saw that there was nothing, I decided to leave. But I went well. Barça has been my home for 10 years and I always say that the club is experiencing many changes. I don't blame the board at all.

Xavi says that there are academy players who don't understand the position game...

In the training we did when I was a cadet, we worked a lot on the position game. Yes, it is true that before there was more work than in recent years, but it has always been present.

What would you say to those youth players who don't play?

Each one must assess and decide. But I would tell them that if they decide to leave Spain they should know that at first they will not like it and that it will be difficult. But you learn a lot. And if things are done well there will always be opportunities to return.

Who is your idol?

At Barca, Luis Suarez. And Messi is Messi. In the selection, Fernando Torres. But my idol has always been Cristiano Ronaldo because we play in the same position and his style is similar to mine.

Doors cannot be closed to a club like Madrid (laughs).

What dreams do you have to fulfill?

Play a World Cup with Spain and win a Champions League.

Neither science nor letters, but quite the opposite 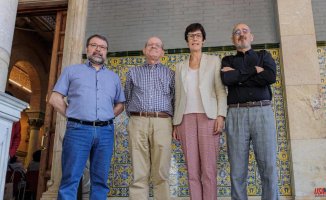