Aubameyang: "The feeling of not being safe in your own home is difficult to understand"

Pierre Emerick Aubameyang and his family have been through hell in recent days, victims of a violent robbery at their home on Sunday night. 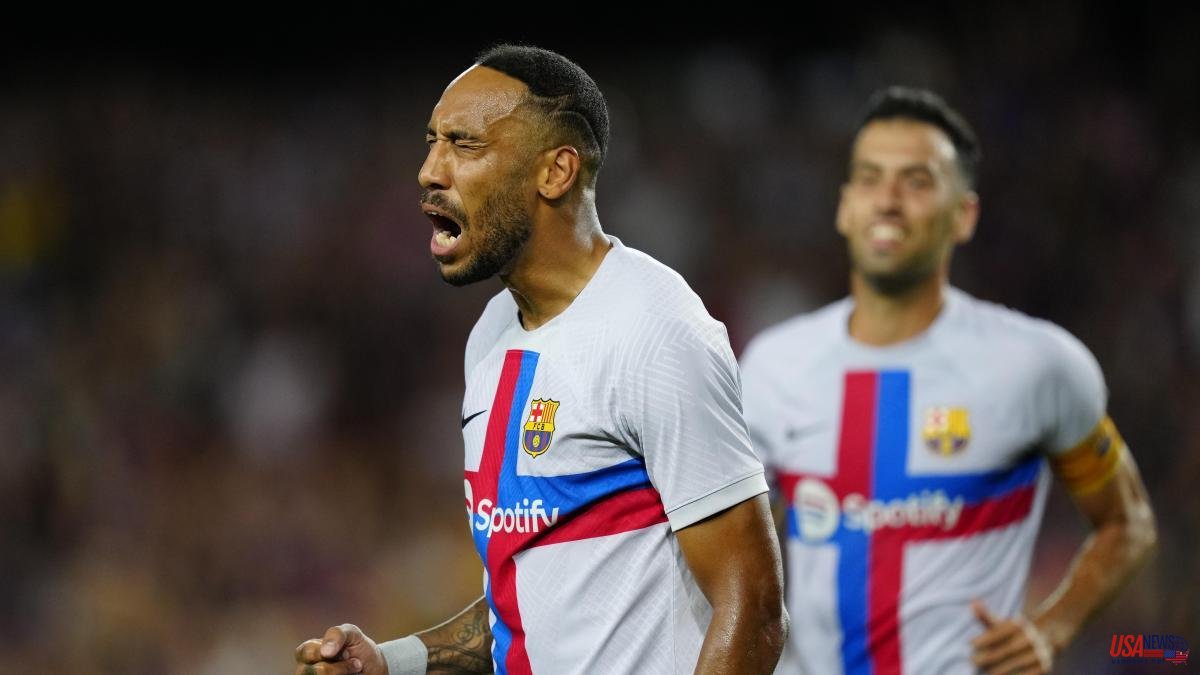 Pierre Emerick Aubameyang and his family have been through hell in recent days, victims of a violent robbery at their home on Sunday night. The Barça player and his loved ones spent the hours following the event in a hotel in Barcelona and now the Gabonese has wanted to express the signs of support received through social networks.

"Thank you all for the messages. On Sunday night, some violent cowards entered our house and threatened my family and children just to steal a few things," the striker, who has a broken jaw after being hit by one of the robbers with the butt of a shotgun.

"My jaw was injured but I will be recovered in a short time and thank God no one else was physically injured," continues Aubameyang. Several hooded men raided the house and stole loot worth 700,000 euros, which adds to the million and a half between jewelry and watches that were stolen in a previous robbery of the house on July 17.

"The feeling of not being safe in your own home is difficult to understand and describe, but as a family we are going to overcome it and we will show ourselves stronger than ever. Thank you very much for the support, it is very important to us," he concludes his letter. the African, these days pending his family and his sporting future.

Aubameyang is negotiating his departure from Barça towards Chelsea in the final hours of the market. The Catalan and English club were close to reaching an agreement for the sale of the veteran footballer, for around 20 million euros, but the jaw injury could cause the operation to be cut short.

The African will be out for about a month, which would mean that he would only be available for the Blues a few games before the start of the World Cup on November 20. After the appointment in Qatar, Chelsea would play again on December 26, just a few days before the winter market opens on January 1.