Last Sunday I was able to attend the last Barcelona performance of Les tres germanes at the Teatre Lliure and I certainly didn't regret it. 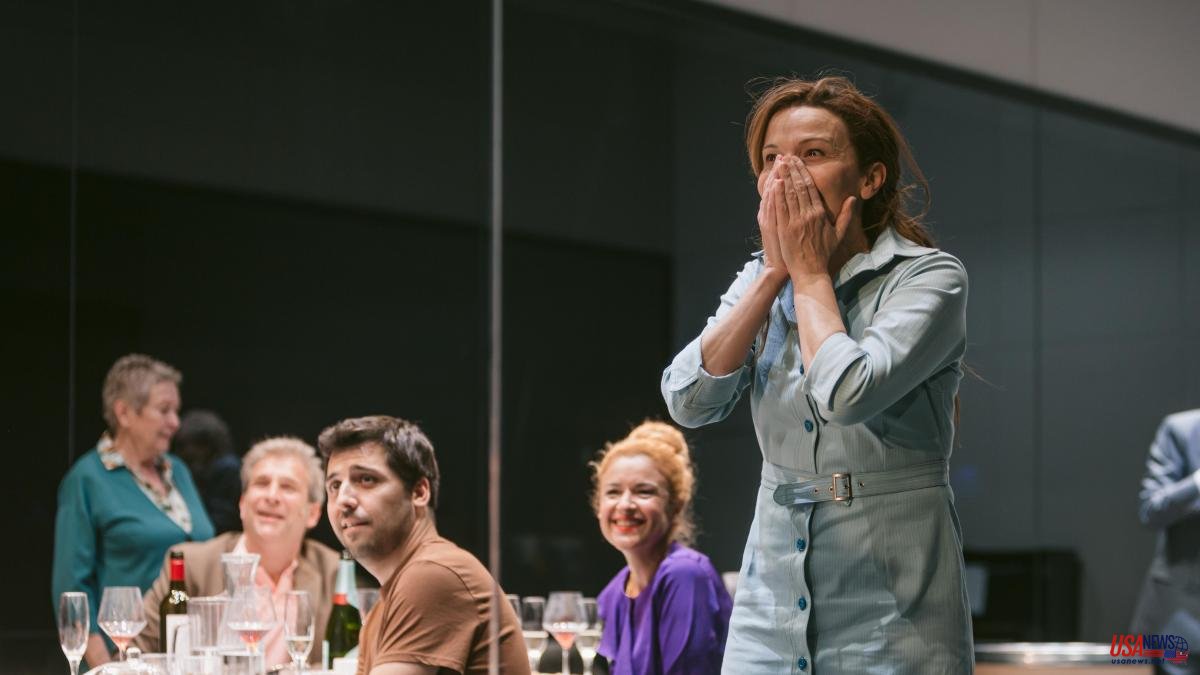 Last Sunday I was able to attend the last Barcelona performance of Les tres germanes at the Teatre Lliure and I certainly didn't regret it.

The award-winning adaptation by Marc Artigau, Cristina Genebat and Julio Manrique directed by the latter has had an excellent cast of actors -Genebat herself, Mireia Aixalà, María Rodríguez, Elena Tarrats, Joan Amargós, Ivan Benet...- and the brilliant set design by Lluc Castells, a large fish tank enclosing the familiar spaces of the work that constitutes a real find. And that conveys Manrique's reflection very well: “It's as if Chekhov's characters live inside a bubble that they themselves have created. And they would like to get out of the bubble, to burst it, but they don't know how to do it”.

The transfer of the action from the 19th century to the present is forced in some details; the chosen ending is more hopeful than the original, but the melancholic portrayal of the substantial and at the same time contradictory character of family relationships, of the decisions we make in life and the weight of what is left behind, maintains its tremendous power.

In recent months, Les tres germanes has been widely read as a metaphor for Russian social decline in the tsarist era. Makes sense. But the validity of Chekhov (1860-1904), so continued -he is one of the most regularly represented classical playwrights all over the world-, presents a universal support. His mastery of intimacy drama crosses time with force and reaches a genre that is booming today.

Just as the works of Shakespeare are behind so many historical television series and even gangsters (Jorge Carrión has explained it well), and the Eugenio Sue-style 19th-century pamphlet marks the structure in intrigue series, the echo of Chekhov is intuited in personal relationship series such as Five Brothers or This is us. With the background raised at the end of Les tres germanes by the uncle played by Lluís Soler (and in the Chekhovian original, by Olga): “What do we live for, what do we suffer for...? If we could only know…”

Those interested in the writer from Taganrog have a good gift in The Life of Chékhov by Irène Némirovsky, published by Noguer in 1991 and now recovered by Salamandra, with a prologue by Mercedes Monmany and a new translation by J.A. Soriano. Born in Kyiv in 1903, fleeing to France with her family after the Russian Revolution, Némirovsky had a brilliant literary career in the French language. She of Jewish descent, she was interned together with her husband in Auschwitz, from where they did not return.

Chekhov's biography appeared posthumously in its entirety in 1946; her magnum opus French Suite, about the Occupation, which her daughters found and was published in 2004, would also be posthumous. Némirovsky has been a widely read author in Spain since Mario Muchnik published El baile and Laura Freixas her David Golder en la Grijalbo's collection The ink mirror.

Fragile and brilliant, Chekhov could be "good and generous without appreciation, loving and caring without affection." With some heroes "who half love or defend themselves from love, and he was a bit like them." Although today he is celebrated above all as a dramatic author, Némirovsky recounts his youthful consecration as an author of stories and the notorious failure, which hurt him so much, of his first premiere: that of Ivánov, which generated a debate about the “passive hero ” Russian, inspired by one of his brothers. Also the premiere of The Seagull , with his love at the time, the actress Vera Komissarzhevskaya, in the role of Nina. Better luck would be Uncle Vanya, The Cherry Orchard or these Three Sisters whose longing to go to Moscow is transparent to that of the writer himself, sick and condemned to rest in the provinces far from his wife, also an actress Olga Knipper.

Némirovsky was Ukrainian, and Chekhov spent long periods in the Ukraine and the Crimea, whose atmosphere inspired him ("on holidays the Ukrainian peasants would go down in their boats and play the violin", the biographer writes about one of the playwright's villas). As Marta Rebón argues in The Cain Complex (Destiny), the work on Chekhov's biography allowed the writer to mentally revisit her homeland. Both give us back a link, that of the Ukraine and the great Russian literature, now tragically dynamited. 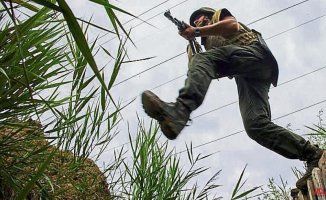