The Fundació Vila Casas dedicates the first exhibition that can be seen in Catalonia since the anthological one in Mataró in 2001 to the versatile artist Josep Maria Subirachs (Barcelona, ​​1927-2014). 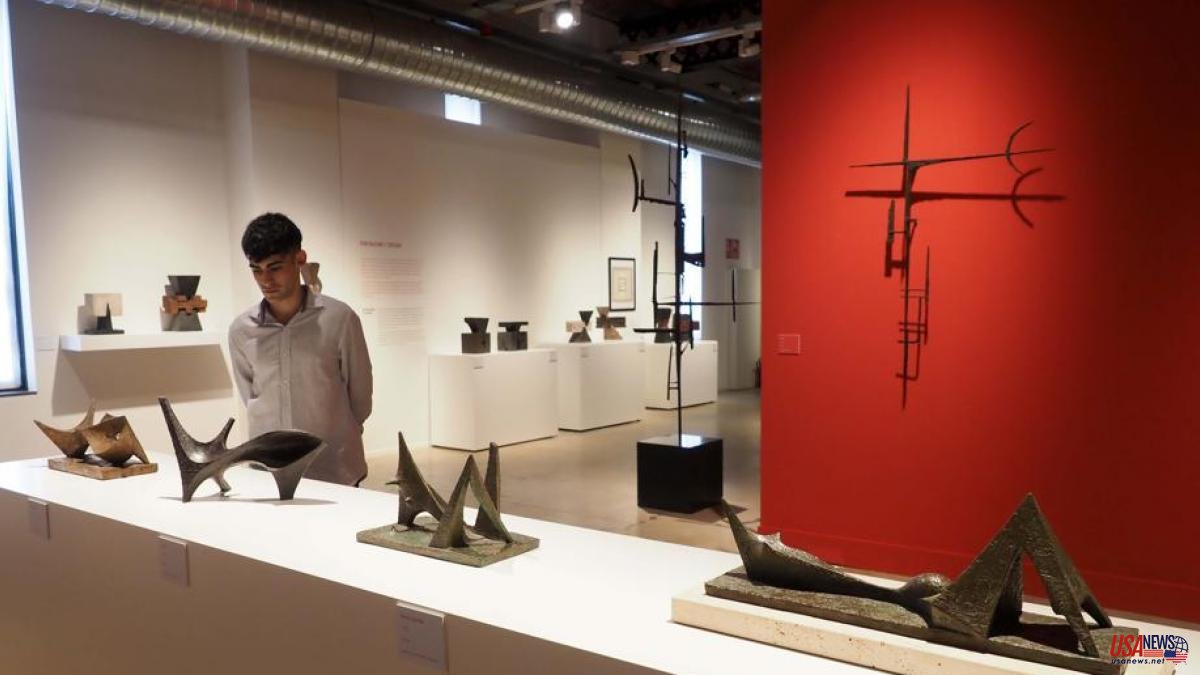 The Fundació Vila Casas dedicates the first exhibition that can be seen in Catalonia since the anthological one in Mataró in 2001 to the versatile artist Josep Maria Subirachs (Barcelona, ​​1927-2014). The setting is Can Mario, the museum of contemporary sculpture in Palafrugell, which It houses some 80 works, most of them sculptures and drawings, although there is also a tapestry, made between 1953 and 1965. A period that allows us to appreciate the artist's passage from expressionist figuration to abstraction.

The art director of the foundation, Álex Susanna, points out that "taking into account the very scarce presence of Subirachs in our national museums, this exhibition is a full-fledged vindication". The exhibition, which can be visited until November 27, is the prelude to a major retrospective that the Fundació Vila Casas wants to dedicate to him in 2027, coinciding with the centenary of his birth.

The curators of the exhibition Judit Subirachs-Burgaya and Ricard Mas highlight the "prolific and extensive" career of the contemporary artist who, over more than sixty years, created more than 10,000 works. In this sense, the sculptor's daughter explains that the exhibition wants the public to "rediscover" an author, known mainly for the sculptural figures on the Passion façade of the Sagrada Família in Barcelona, ​​a work on which he worked for twenty years. , as well as other works in the public space and of a monumental type. "In this exhibition we want to show a Subirachs on a human scale, focused on the work of a collector", highlights the co-commissioner.

The expository story focuses on a period that embraces twelve years. The first works in the exhibition date from 1953, two years after Subirachs was awarded a scholarship by the French Institute of Barcelona to go to Paris to perfect his training, a fact that allowed him to discover the international avant-garde and gradually abandon the rounded forms of classicism by more angular and hieratic figures. Works such as Cap de Dona, with a Picassian air, a Santa Eulàlia carved in stone, Yerma, in homage to García Lorca or the piece entitled Europa, which wants to reflect the tension contained in Europe after the Second World War, are part of that first block .

Between 1954 and 1956 Subirachs lived and worked in Belgium. During this stage he distanced himself from expressionism and figuration and his work drifted towards abstraction, a process visible in works such as A Celine, the bronze portrait of a woman with geometric shapes, to minimalism achieved with the figure Dona a la platja ( 1956).

His religious works such as Ecce Homo or mythological works such as Èdip and Antigone also stand out from this stage. A period, that of abstraction, in which he works mostly with iron and in which he also creates sculptures that are combinations of two or more elements such as terracotta, stone, wood, bronze, concrete and iron.

The exhibition tour ends in 1965, the year that marks a turning point for Subirachs. "He always considered the work of art as a means of communication and it demoralized him to see that language, often very cryptic, was distancing him from an important part of the public", explains Judit Subirachs-Burgaya. The sculptor ended up abandoning that abstract language in favor of a new figuration.

From the beginning of June, the Espai Subirachs, created five years ago by the artist's family without any public support, will only accept arranged visits. Directed by the sculptor's daughter, it is located in the Poblenou neighbourhood, a few meters from the house where the artist was born and concentrates a hundred works in an exhibition space of about 300 square metres. "That in five years no administration has contributed the least is another anomaly", explained the director of the Fundació Vila Casas, Àlex Susanna, who claimed the involvement of the administrations so as not to let the space die.