The demolition of the right to abortion in the United States after 49 years of validity of the Roe vs. 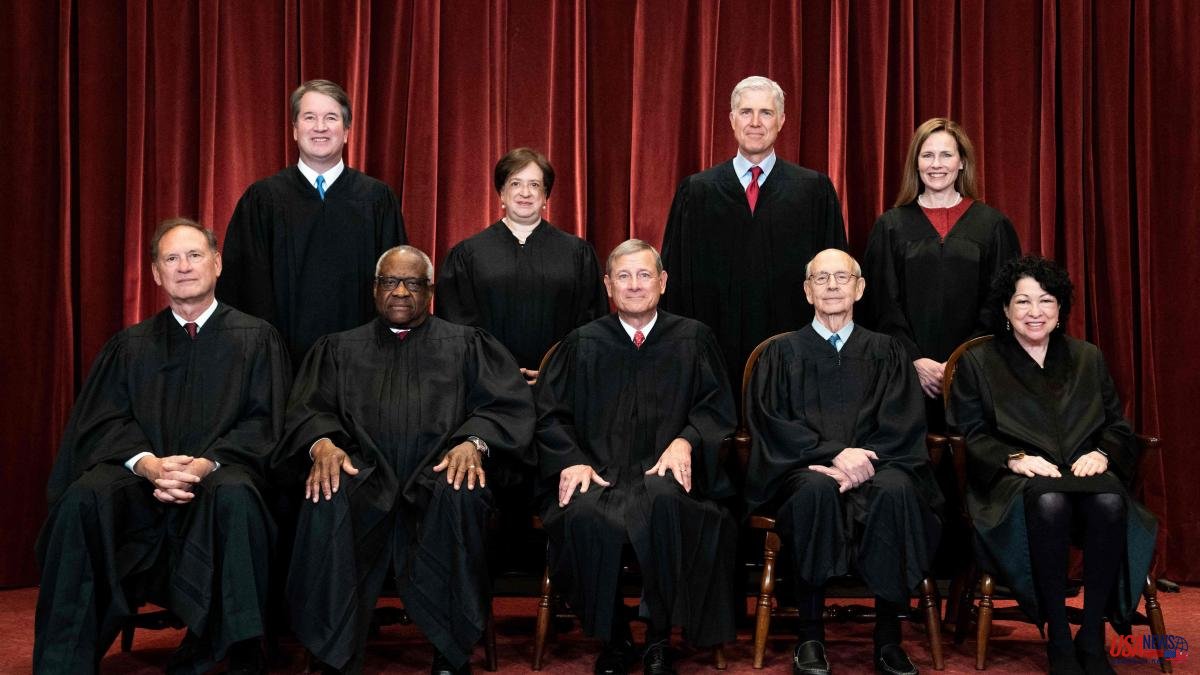 The demolition of the right to abortion in the United States after 49 years of validity of the Roe vs. Wade is not the product of chance. The decision was made by a comfortable conservative majority of six justices, with the three judges considered progressive voting against, in a Supreme Court deliberately shaped by former President Donald Trump for that purpose.

It was in the 2016 presidential campaign that the populist and far-right leader of the Republican Party promised to nominate high court magistrates committed to the anti-abortion cause.

Trump claimed that the annulment of the historic Supreme Court decision that granted women the right to abortion, that of the Roe case, would be "automatic" if he was elected president and could appoint new judges of the highest jurisdictional body in the country, a court whose nine members are until they die or until they decide to retire.

"I am pro-life," the candidate said in an electoral debate when asked if he wanted the Supreme Court to revoke the Roe doctrine. And he added that if he were to effectively get the court to abolish abortion rights, abortion laws would "go back to the states."

When Trump arrived at the White House, and for almost a year before, the Supreme Court presented a forced and precarious balance of 4-4. In February 2016, the conservative judge Antonin Scalia had died. President Barack Obama then nominated Merrick Garland, considered to be of the center left and today Secretary of Justice and Attorney General of the United States. But, despite the praise of many Republicans in the Senate for Garlnad, the leader of this party in the Upper House Mitch McConnell managed to block his confirmation.

McConnell hoped that in November 2016 Americans would elect a Republican president who would nominate one of their own, and that the revamped Senate would ratify it.

This happened, and on April 10, 2017, conservative and traditionalist Judge Neil Gorsuch was sworn in as the new Supreme Court justice. In this way, the previous majority of 5 to 4 in favor of the right was restored,

The following year, another member of the Court, Justice Anthony Kennedy, announced his retirement. He too could be considered a conservative, albeit a very moderate one. Because, although it was Ronald Reagan who had nominated him, he supported same-sex marriage and defended the right to abortion.

McConnell succeeded in having the Senate confirm Justice Brett Kavanaugh, a staunchly right-wing Republican facing rape charges, in place of Kennedy. After an FBI investigation that Democrats would deem insufficient, the case was closed as Trump accused the judge's most prominent accuser, psychology professor Christine Blasey Ford, of being a liar.

Trump finished fulfilling his electoral promise and his mission regarding the Supreme Court once, in September 2020, the progressive and feminist leader who was Justice Ruth Bader Ginsburg died at the age of 87.

Regardless of how in 2016 he had blocked Scalia's replacement pending a change of government many months later, McConnell insisted that then-President Trump must immediately fill Ginsburg's vacancy; specifically with a new magistrate... And regardless of the fact that the presidential elections were just a few weeks away.

The president then dealt the final blow in the Supreme Court by breaking any possibility of balance or internal consensus on the most burning ideological issues. To replace a defender of gender equality and reproductive rights such as Justice Ginsburg, Trump nominated the ultra-conservative and anti-abortion Catholic Amy Coney Barrett. Mission accomplished: Indefinitely, the Supreme Court would have a 6-3 conservative majority, and it was only a matter of time before the court ended the important right of free choice established in 1973.

As it happens, in their Senate confirmation hearings, both Gorsuch and Kavanaugh highlighted the importance of the Roe vs. Wade and avoided questioning its validity. Barrett, for his part, conceded that such a landmark, nearly half-century-old ruling was not untouchable, but noted that that did not mean it should be overturned. Now, in view of the sentence, it is obvious that the three magistrates were clear: that doctrine, with that right, had to be put an end to. What Trump had promised had to be done.