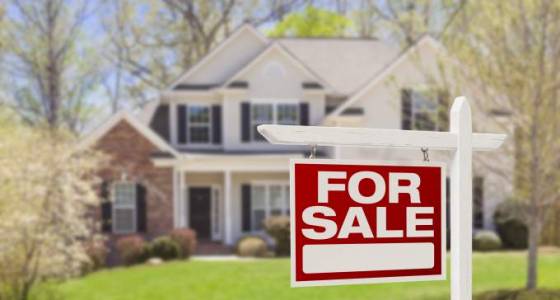 When Sonoma County real estate brokers talk about the dampening effect on January homes sales, they mean it literally.

Asked about the difference, Laws offered one explanation, and a soggy one at that.

Of note, this winter’s downpours don’t seem to have kept large numbers of buyers from attending open houses, Laws said. Instead, the greater effect appears to be on those who choose not to list their homes for sale.

“Sellers don’t want to bring their property out in drenching rain,” he said.

The 233 single-family homes sold in the county in January was the second- lowest total for the month in nine years.

Real estate agents said county home sales have slowed this winter because of well above-average amounts of rainfall. That includes roughly 52 inches of precipitation Santa Rosa has received since Oct. 1. The rain has led to localized flooding, downed trees and mudslides.

“There are a lot of people waiting for the weather to improve, especially for country property,” said Lisa Thomas, an agent with Pacific Union in Santa Rosa.

Despite the reluctance of sellers, Thomas said she encourages them to list now rather than wait until spring. Her reasoning is the market today has a higher ratio of buyers compared to available homes.

“Right now sellers have so little competition,” she said.

The county’s median home sale price last month was $580,000, an increase of 4 percent from a year earlier.

But while home prices have risen each year since 2012, home sales have declined for three of the past four years.

A major reason is that the quantity of homes on the market has fallen dramatically. The number of available homes for sale at the end of January 2012 amounted to nearly 1,100. Last month that number was fewer than 500.

“Inventory is the big deal,” said Mike Kelly, an agent with Keller Williams in Santa Rosa. He acknowledge this winter’s “horrid” weather has made sellers less willing to put homes on the market.

The lack of inventory is exacerbated in part because so few new homes have been built here over the past decade, agents and brokers said.

The result is that as new residents come to the county, “somebody has to move out of the area for somebody else to get a house,” said Tom Kemper, manager of Coldwell Banker in Santa Rosa.