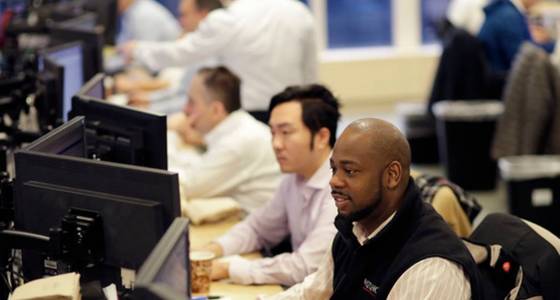 The major U.S. stock indexes edged lower in early trading Monday, pulled down primarily by a slide in phone companies. Supermarket operators and companies that sell consumer staples also fell. Utilities declined along with the price of natural gas. Oil companies led the gainers as the price of crude rose.

TRUMP WATCH: Investors looked ahead to President Donald Trump's speech Tuesday to a joint session of Congress for details of how he plans to carry out promises to cut taxes and step up infrastructure spending. U.S. stocks have benefited from Trump's promise of pro-business changes, but investors are becoming uneasy over how large and rapid those changes will be. Analysts say less money is flowing into "Trump trades" that would benefit from the changes.