Trying to avoid immigration raids? There may soon be an app for that.

As President Donald Trump’s administration moves forward with rules aimed at deporting undocumented immigrants, and fears of Immigration and Customs Enforcement (ICE) raids grow in the immigrant community, one software developer has an idea to help people... 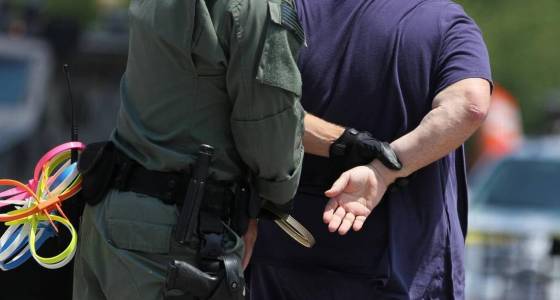 As President Donald Trump’s administration moves forward with rules aimed at deporting undocumented immigrants, and fears of Immigration and Customs Enforcement (ICE) raids grow in the immigrant community, one software developer has an idea to help people avoid detainment.

Celso Mireles, a 27-year-old developer, is working on creating a smartphone app that will notify users when an ICE raid is taking place nearby, according to Vice.

Mireles, who until recently was undocumented himself, is calling the project redadalertas (Raid Alerts) and predicts that it will be another three months before the app is available. The plan is to have the app send SMS messages to subscribers whenever a raid is reported in that person’s zip code.

According to Co.Exist, the reports of raids will be reliant on a group of users who are personally verified to do so.

Mireles has posted his progress on the app online, inviting others to help him, and according to Vice, he has already been approached by several other programmers who want to help.

“It should be interesting if people can reflect on why this tool is needed in the first place,” Mireles told Vice. “If there is a tool needed to protect against law enforcement, that should be a litmus test to society to say what is our law enforcement doing, what are they enforcing and should that change?”

However, it is unclear if Mireles’s app would unintentionally create a list of undocumented immigrants for ICE officials, or whether the Trump administration would attempt to shut it down for impeding its efforts. Waze, a traffic app that allows users to report the locations of police officers on the road, has been protested by law enforcement officials but remains legal and popular.

On the other hand, it is also uncertain if Mireles’s app will receive the support it needs to become a reality. Another app aimed at tracking police interaction with minorities, SWAT, created by Brandon Anderson, failed to develop, though Anderson did later start a chatbot dedicated to gathering people’s interactions with law enforcement.

Mireles has been working on the app since Barack Obama’s presidency, but he believes the recent media coverage and outcry against Trump’s immigration policies will serve as a catalyst for more people to help and use the app, per Vice.