The Latest: Indonesia: Suspect was paid $90 to attack Kim 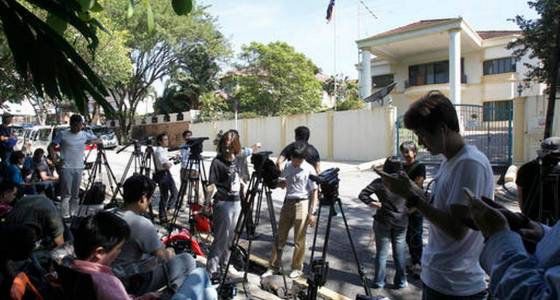 The Latest on Malaysia's investigation into the apparent assassination of the half brother of North Korean leader Kim Jong Un (all times local):

Indonesia's deputy ambassador to Malaysia says the Indonesian suspect in the death of North Korean leader Kim Jong Un's half brother was paid $90 to help carry out the attack involving VX nerve agent.

But Deputy Ambassador Andriano Erwin repeated Siti Aisyah's previous claim that she was duped into the plot, thinking she was taking part in a prank.

Erwin met Aisyah on Saturday in Malaysia, where the 25-year-old is in custody. Another alleged attacker, a Vietnamese woman, also has been arrested.

According to police, Aisyah rubbed VX nerve agent on the face of Kim Jong Nam amid crowds of travelers at Kuala Lumpur's airport on Feb. 13. Kim was the older half brother of North Korea's ruler.