Steve Harvey to Warren Beatty: 'I can help you get through this!' 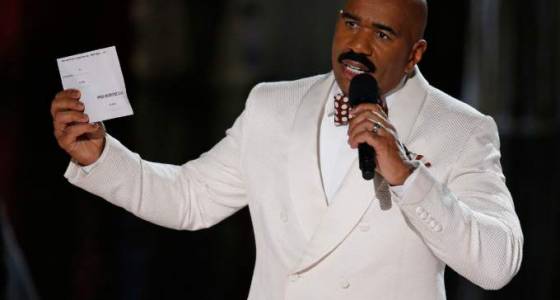 While hosting the Miss Universe pageant in 2015, Harvey accidentally named the wrong woman as the winner during the live broadcast. Oscars host Jimmy Kimmel mentioned Harvey's mistake after an apparent envelope mix-up led Beatty and co-presenter Faye Dunaway to hand out the best picture award to "La La Land" instead of the real winner, "Moonlight."

Harvey joked Monday on Twitter that he went to sleep early and asked if he missed anything. He later added : "Call me Warren Beatty. I can help you get through this!"