Petaluma is seeking to expand fiber-optic service to its South McDowell Boulevard business park, giving 258 businesses on the south side of town access to super-fast internet from Sonic. The city is in talks with Santa Rosa-based Sonic to provide the connectivity,... 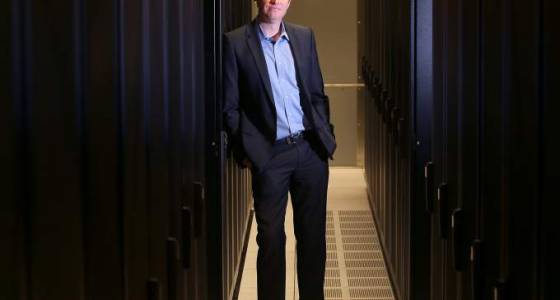 Petaluma is seeking to expand fiber-optic service to its South McDowell Boulevard business park, giving 258 businesses on the south side of town access to super-fast internet from Sonic.

The city is in talks with Santa Rosa-based Sonic to provide the connectivity, which would mean download speeds of 1 gigabit per second — more than 600 times faster than the standard 1.5 megabit speed carried by T1 lines — which is what the majority of businesses there now have access to, said Glenn Illian, vice president of Top Speed Data Communications, which has been actively involved in bringing fiber connectivity to the park.

The fiber connection would be the sixth in Sonoma County for Sonic, including four business parks in Santa Rosa and one in Petaluma at the North McDowell business park. The three most recent were made possible by the “backbone” Sonic created by laying fiber-optic cable along the SMART rail corridor.

Sonic declined to state how much the build-out to the South McDowell business park would cost.

“Businesses are now connecting more and more devices in their environments,” said Dane Jasper, CEO and co-founder of Sonic. “(This speed) has become really, really essential.”

Ingrid Alverde, economic development manager for the city, said she has had real estate agents tell her businesses have passed on moving into the South McDowell area because of its lack of connectivity options.

“When you don’t have fiber in the ground, it really hurts smaller businesses because they can’t afford to bring in fiber,” she said. “I know I’ve worked with some smaller companies, and they open up a building and go to turn on the electricity and the internet, and they find out they don’t have (high-speed internet), and it’s going to take time to get it.”

Alverde said the city had been trying to convince Comcast to offer a similar service in the southern section, but the company decided it wasn’t worth the cost. AT&T does offer limited fiber connectivity to the area.

Bryce Loutsch, owner of Vanda Floral Design, was given the option to connect to AT&T’s fiber network about six months ago, when another company paid to have AT&T run a line into the building after almost a decade of Loutsch’s company only having T1 as an option.

His company, which employs seven people in its 3,000-square-foot studio on Cypress Drive, relies on the high-speed connectivity to operate its point of sale system over its server.

“We did notice a huge difference when we moved from T1 to fiber,” he said. “But now that Sonic is looking at doing their gigabit fiber here, it’s going to be about 20 times faster at half or a third of the cost.”

You can reach Staff Writer Christi Warren at 707-521-5205 or christi.warren@pressdemocrat.com. On Twitter @SeaWarren.