The 13th Amendment abolished slavery in December 1865. Or did it?A new film up for a Best Documentary Oscar at the Academy Awards on Sunday sets out to demonstrate how a loophole in the amendment has been exploited for 150 years to keep blacks in servitude... 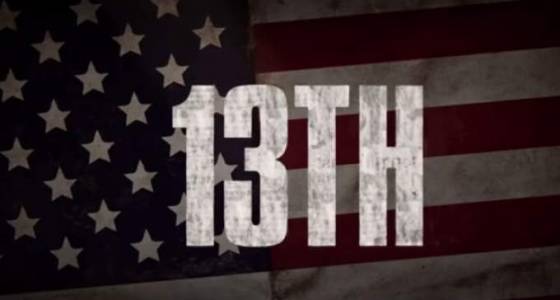 The 13th Amendment abolished slavery in December 1865. Or did it?

A new film up for a Best Documentary Oscar at the Academy Awards on Sunday sets out to demonstrate how a loophole in the amendment has been exploited for 150 years to keep blacks in servitude in U.S. prisons.

“13th,” a timely film by Ava DuVernay, whose “Selma” was a Best Picture nominee in 2014, was released in the wake of a raft of shootings of African-Americans that fired a national debate over how blacks are treated in the criminal justice system.

It was co-produced by Spencer Averick, a film editor and Petaluma High graduate who collaborated with DuVernay on other projects, including “Selma,” for which he was chief editor.

It’s a provocative thesis. But the film, a Netflix original movie currently available for live streaming, meticulously connects the dots over a century and a half to demonstrate that a long series of policies, pushed with fear-mongering and scapegoating, have been used to turn prisons are the new plantations.

African-Americans constitute nearly 1 million of the 2.3 million people incarcerated in U.S. prisons. Blacks have nearly six times the incarceration rate of whites, according to the NAACP.

“It’s a story few people knew in its entirely,” said Averick, who grew up in Petaluma and got his bachelor’s degree in TV and film production from San Francisco State.

“People know there was an Emancipation Proclamation and Abraham Lincoln freed the slaves. That’s all we know and we think history has moved on and everything is fine.”

With the freeing of 4 million slaves after the Civil War, the south lost the workers on which its agrarian economy was based. But people who depended on a workforce of slaves quickly found a way to recapture that free labor through a loophole in the 13th Amendment, which outlaws slavery and involuntary servitude, except as punishment for a crime. Freed slaves became the target of law enforcement, brought in on crimes as petty as loitering, Averick said.

Labor camps sprang up during Reconstruction to take advantage of the free or cheap labor of convicts. A century and a half later, major companies like Wal-Mart, Whole Foods, Victoria’s Secret and BP profit from prison labor for which they pay a fraction of the federal minimum wage, the film points out. An increasingly privatized prison system creates a profit motive to increase the prison population.

Through multiple interviews with African-American scholars, lawyers, activists like Angela Davis and politicians, “13th” lays out a long history of perception, propaganda and policy that the filmmakers say were aimed at criminalizing blacks ­— from lynchings to Jim Crow laws of the south to the so-called Southern Strategy of the 1960s and 1970s and Richard Nixon’s War on Drugs — to draw traditional Southern Dixiecrats to the Republican Party by playing to their white supremacy and racism.

The film was released in October to high praise and has received numerous award nominations, including a Best Documentary win by the British Association of Film and Television Arts.

The 38-year-old Averick had been working as an editor on a number of projects with DuVernay, including “The Middle of Nowhere” and “Selma,” when she tapped him for “13th.” Midway through the project she invited him to co-produce.